The other day at about 4:10 p.m. I sat in an outdoor amphitheater on the Institute of Buddhist Dialectic’s campus in Dharamsala and took a philosophy test. This test was unlike any I have taken at Macalester. For one thing, I certainly don’t take tests with the Himalayan Mountains towering in the distance and Tibetan prayer flags gently fluttering overhead in Minnesota. Moreover, the test asked us to simply state Tibetan Buddhist philosophical tenets from memory, orally, without any kind of analysis, commentary, or, in some cases, understanding of what I was saying.

This traditionally Tibetan form of learning seemed odd to me at first. However, being handed hundreds of terms and asked to memorize them and rattle them off on cue without any explanation has actually sparked quite a bit of reflection on my part. For example, one of the categories my classmates and I have been asked to memorize is the Three Types of Generosity according to Tibetan Buddhism. The first two, being generous with material things and being generous with the Dharma or religious teachings, were of obvious importance to me.

Yet the third, the generosity of giving others fearlessness, didn’t make sense at first. As I repeated this set of three over and over again, I realized what a gift that fearlessness can be. Here are just a few examples of people I’ve met who have given me the gift of fearlessness, or at least have made me aspire to be so.

On my second day in India, I went out to lunch with a few other students. We were led through the bustling streets of New Delhi by a bright-eyed twentysomething with a pixie haircut who I later discovered was Britain, our Tibetan philosophy T.A. As I got to know Britain over the following weeks I was as impressed with her life story as I was with her kindness and quiet confidence. A truly fearless young woman, she doesn’t limit herself or her life. After college she and a friend got on a plane from the East Coast to Chile. Although Britaindidn’t know any Spanish before she left, she’s now fluent and still lives in South America with the “family” she made there. A Fulbright scholar and two-time T.A. of this program in Dharamsala, Britain’s why-not-you-can-do-it attitude is contagious. 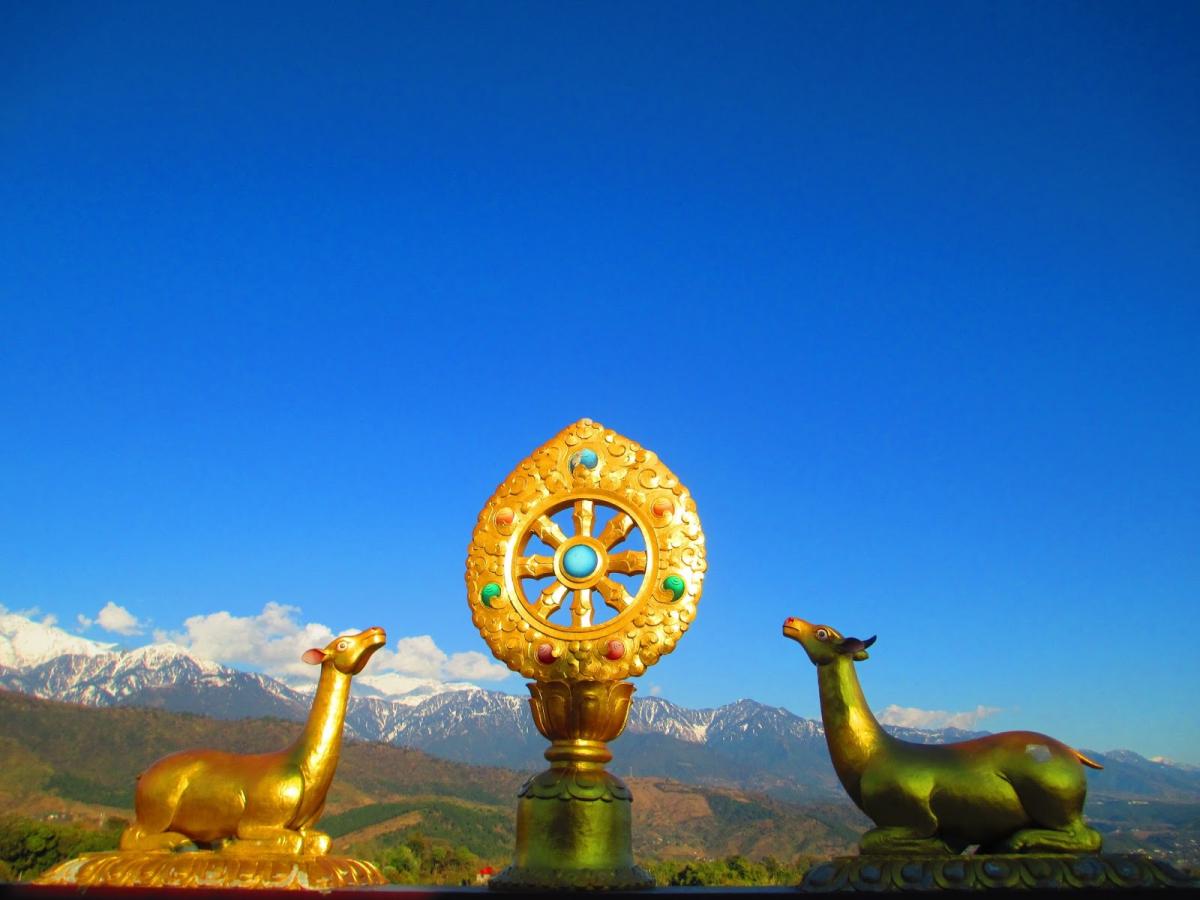 As is that of Jetsunma Tenzin Palmo-la, who left the United Kingdom for India at age 20 and went on to become one of the first Western women ordained in the Tibetan Buddhist tradition. She has vowed to one day attain enlightenment in the female form—no matter how many lifetimes it takes. When we met Jetsunma-la on our way to a Tibetan pilgrimage site, her spirit filled the room. Fearless in her pursuit of providing only the best to her young nuns, Jetsunma-la imagined and instituted an innovative nunnery complete with a temple adorned with images of female deities and high practitioners. During our private audience I was moved to tears when Jetsunma-la declared that when it comes to violence against women in the world, enough is enough, and invited us to join her and her nuns at the One Billion Strong March in Dharamsala. 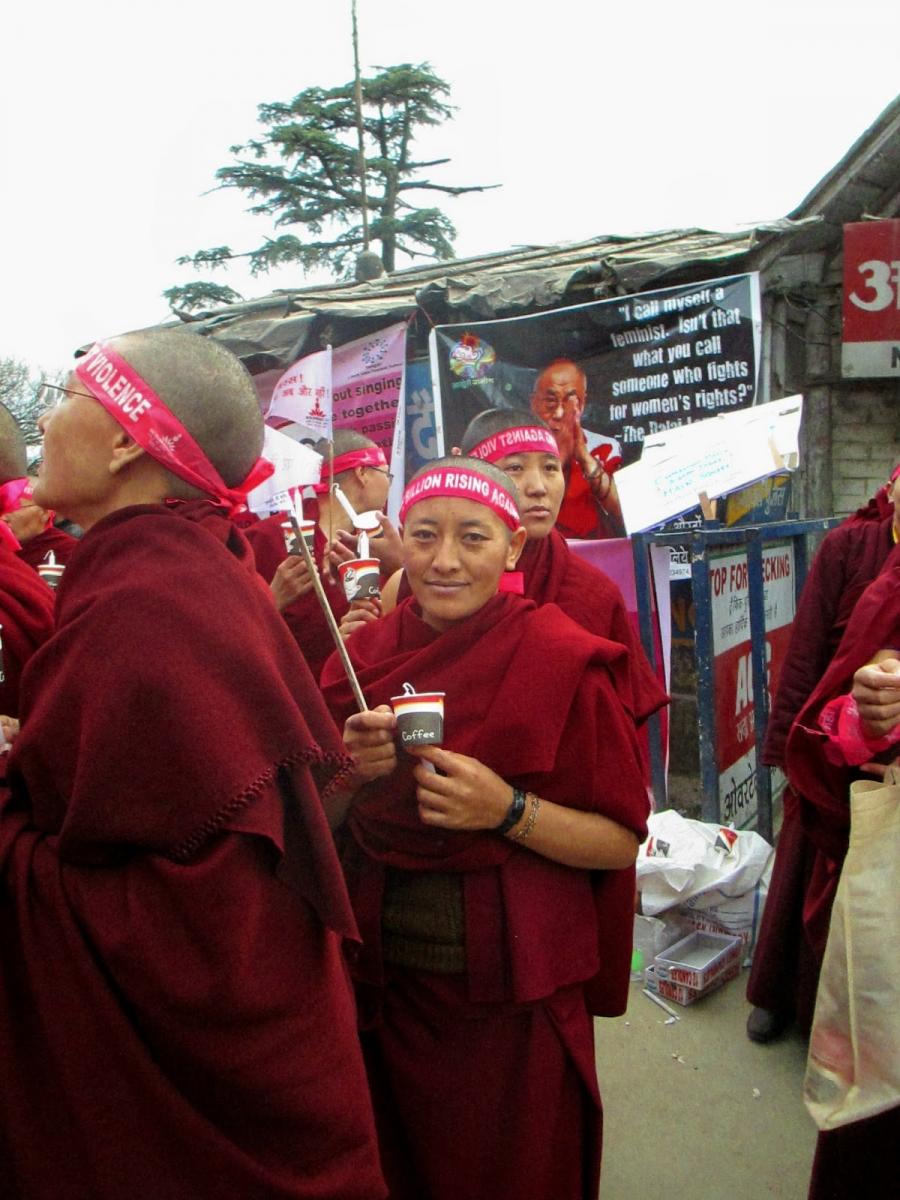 But that wasn’t the first time I’d been moved to tears in India. That came earlier in the semester, on an otherwise normal afternoon, when we were asked to stay in our dining hall after lunch for a few minutes. There was someone who wanted to speak to us. His name was Ven Bagdro and he had been a political prisoner in China, tortured for years for participating in peaceful demonstrations for Tibetan independence. He handed each of us his new book, What About Justice?, which he wrote as a letter to the International Court of Justice and the United Nations.

At the end of his talk he thanked us for our interest in the Tibetan people and for learning his language. Taken by Bagdro’s soft-spoken determination, I read his book that afternoon. I was shocked: shocked by what has happened in Tibet to the people with whom I now share my Dharamsala home, shocked by how little I knew of it, shocked by the way in which the entire world has turned a blind eye. This simple man’s fearlessness goes without saying. I can only hope to someday be so courageous.

Of course, fearlessness can come in much simpler forms. Take, for example, the one-year-old daughter of our cook on campus. During the middle of a farewell speech given by the program director before our group’s move up the mountain from the dorms to home stays, she walked into the middle of the room clad in purple fairy wings. The room erupted in laughter. Bright-eyed and giggling, this young fairy princess is a reminder to take risks, be silly, and be fearless – even in life’s littlest moments.