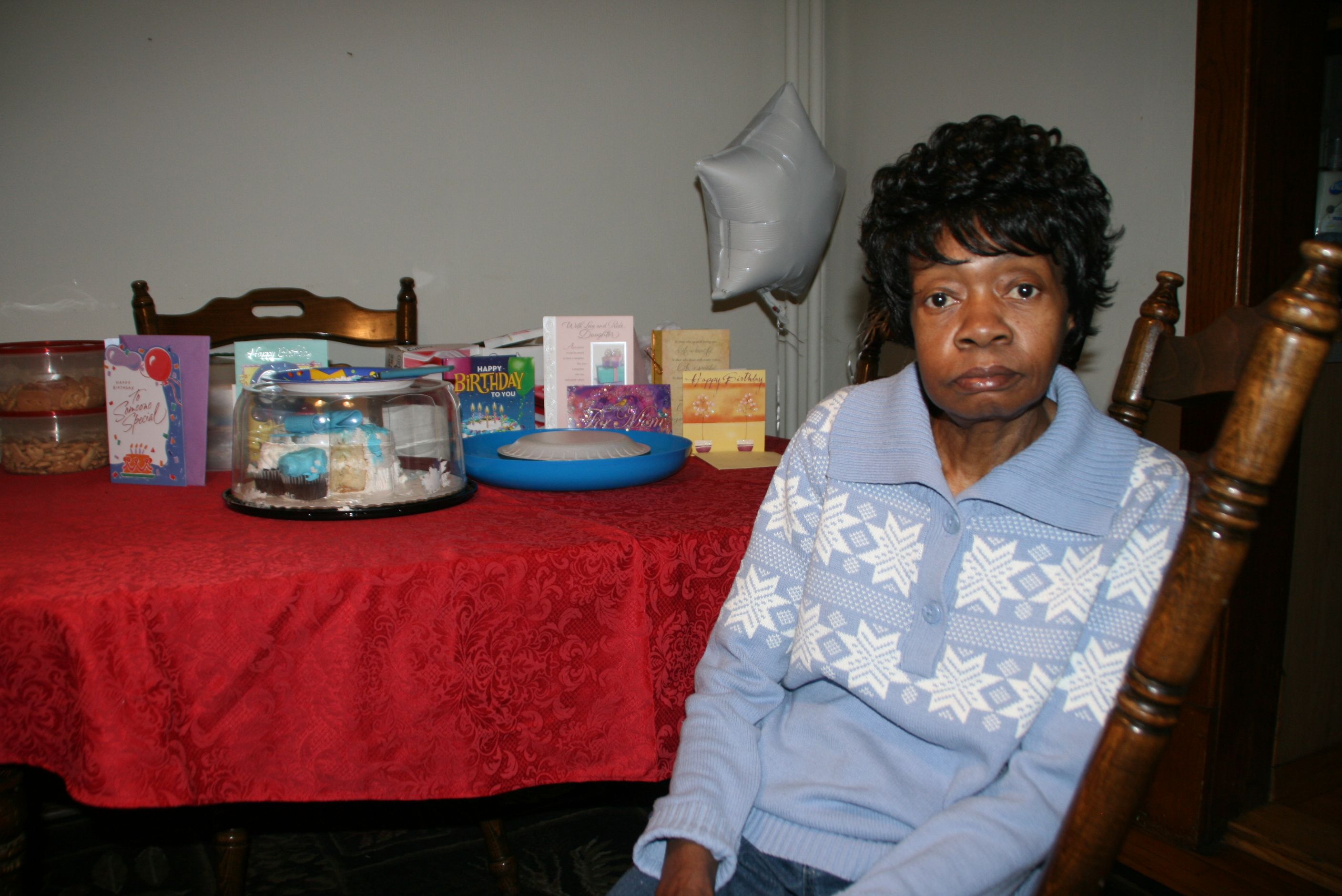 Gayle Lindsey bought the little house in South Minneapolis in June of 2001 for $129,000. She was planning to live there for the rest of her life. “It’s a family home,” she said. “My granddaughter grew up there and she always comes back because it’s her home.”

She took out a mortgage, being careful to stay within her budget. “I went to the bank and told them I could pay only $1,000 a month.” she said. But, as home prices rose, and the property taxes that were part of Lindsey’s monthly mortgage payment went up, so did her payments.

When the Pawlenty administration cut back state money to the cities, Hennepin County property taxes rose again. “I was struggling, but I still paid, it,” she said. But, last year, hours on her second job were cut from 30 a week to only five, and she found that she was unable to afford her monthly payments. They had increased more than a third, to $1,330.

Early last year, she said, M&T Bank, based in Buffalo, New York, sent a first letter threatening foreclosure. More letters, these from the bank’s lawyers, followed it. She began seeing a credit counselor, hoping to get a loan modification, but she couldn’t find the paperwork the bank wanted. “I never talked with anyone at the bank,” she said. She still owed $126,721, but the house was worth much less.

Occupy Homes MN has taken up Lindsey’s in a target response to the foreclosure crisis in Lindsey’s Central neighborhood as well as nearby Powderhorn, two areas hit especially hard by foreclosures. The goal, they say, is to make these two neighborhoods foreclosure free.

Occupy is demanding that M&T rewrite Lindsay’s mortgage to reflect the current value of her home, a payment, she said she could afford. According to Hennepin County tax records, the home is valued at $103,500 for the tax year 2012.

But banks don’t evaluate homes on tax records. Instead, they look at comparable homes, by size, style, age, condition and other physical criteria, within a mile of the subject home. They compare both homes currently on the market and those sold within the last six months. This evaluation would probably put the current market value of the home closer to $76,000.

The sheriff’s sale at the end of May meant that the clock was running. The redemption period, after which Lindsey will have to vacate the home, ends January 27. 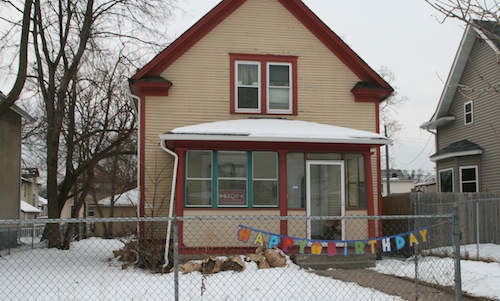 Lindsey has no plans to leave. There are no moving boxes, no packing. Her son’s black poodle Boy-Boy, sleeps on the couch, unconcerned. The dining room table still shows evidence of Lindsey’s 60th birthday party, held in early January.

Caylin Crawford, who calls herself a go-between for homeowners facing foreclosure and the Occupy Homes movement, said that what works with banks like M&T is public pressure. “You bother and annoy them enough, she said, and they’ll come to the table,” she said.

Occupy Homes is planning to put some of that public pressure on M&T Bank and its president, Mark Czarnecki by encouraging the people supporting Lindsay to call Czarnecki directly. They contacted city council member Gary Schiff, who sent Facebook messages asking his constituents to get involved. “We’ve often met with people from the banks for people facing foreclosure,” he said. “Other banks are working cooperatively with the City of Minneapolis, but M&T has not.” 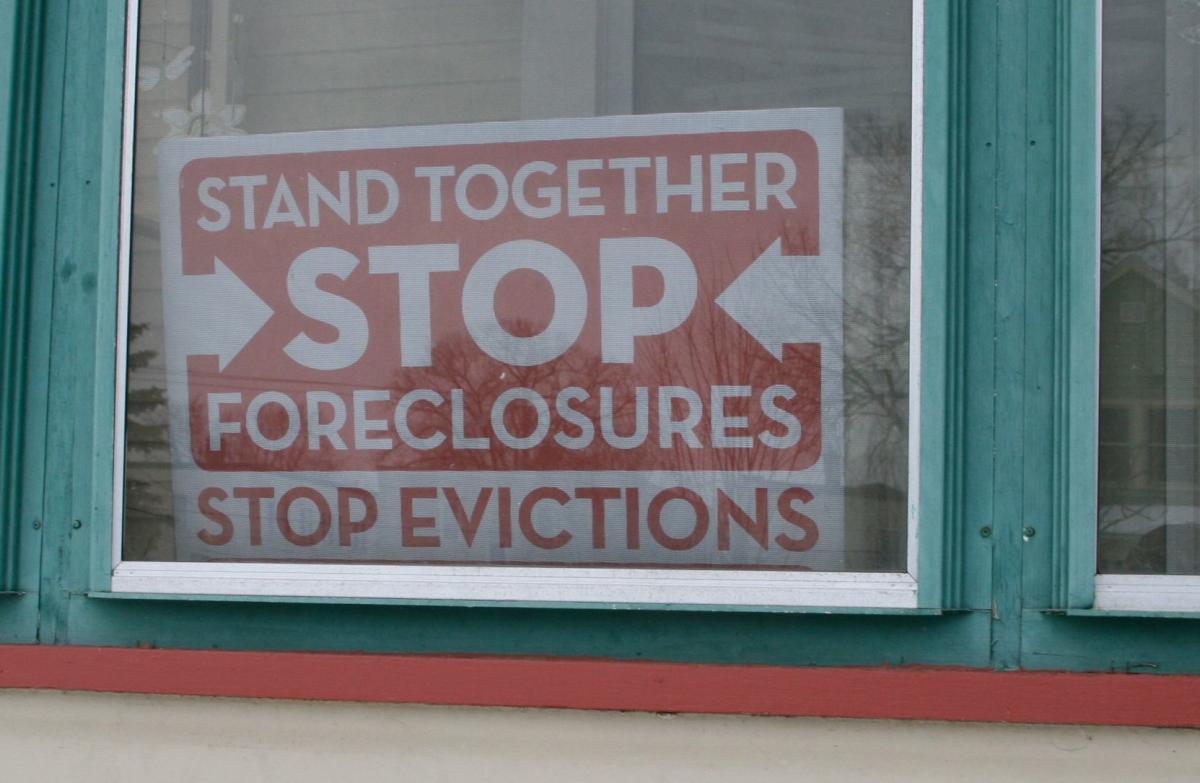 Occupy is also planning a potluck and rally on Saturday for Lindsay. “In order to win this fight and keep her in her home, she is gong to need the support of the community,” says a flyer the group is distributing to the neighborhood. They are calling the meeting a celebration, and hoping that any celebration is not premature.

People trying to support Lindsay by phoning M&T Bank’s President with the phone number supplied by Occupy Homes may have had little luck. There is no general corporate phone number, at least one available to the public. Most phone numbers listed for M&T on the Internet are for bank branches. The main switchboard may or may not connect callers to Czarnecki’s office, but so far, it’s the best chance of reaching him. That phone number is 716-635-4000.

More on this story at