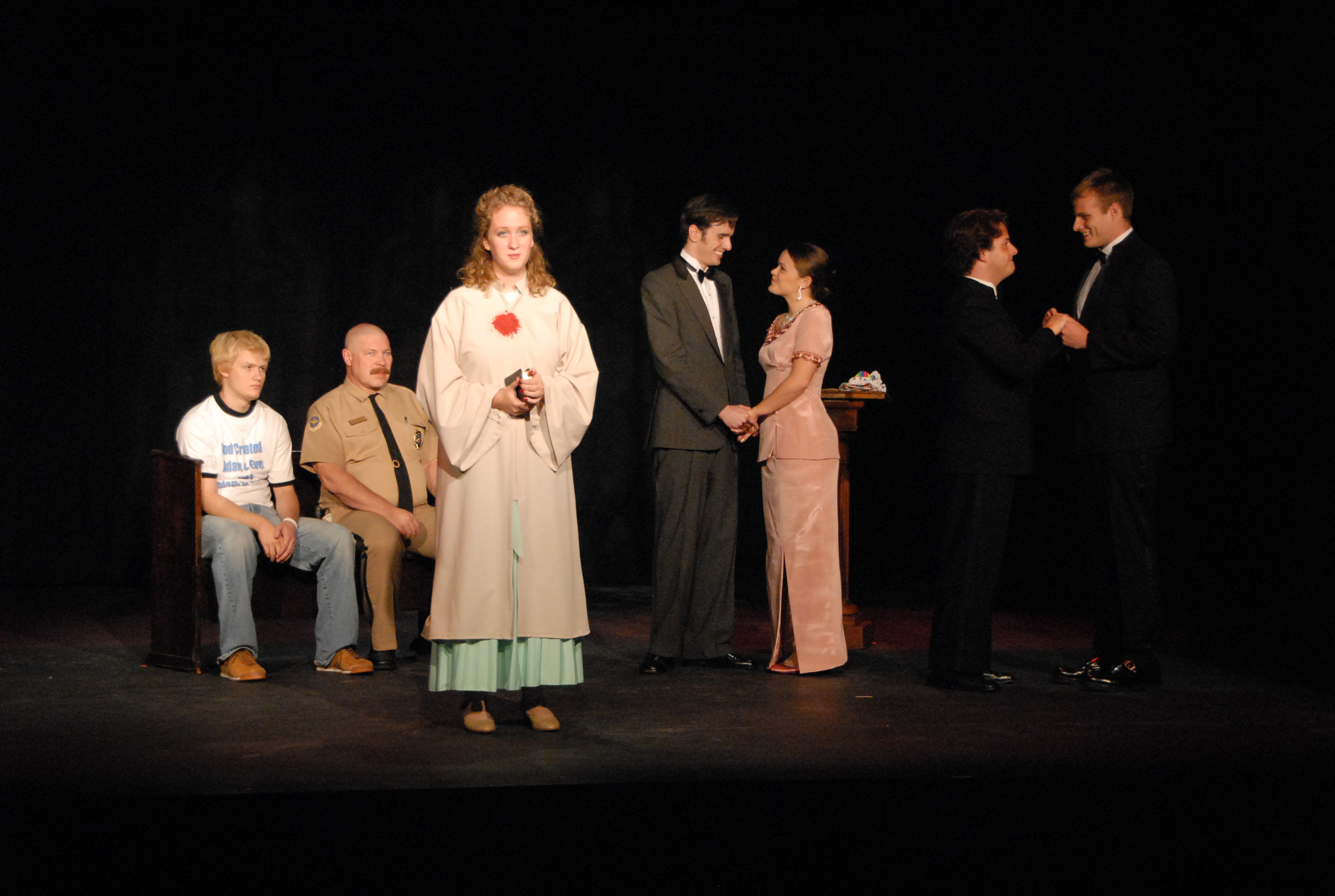 Since last I posted about this project, things have sped right along.  The Flowershop Project is teaming up with Workhouse Theatre Company to make the first Minneapolis production of my gay marriage comedy, But Not For Love, happen.  Richard Jackson, a director whose work I love, has signed on to direct, which is very exciting.  And now, we’re on to auditions!  Here’s the information Flowershop gave me to help spread the word around…

Announcing Auditions for But Not for Love,
a comedy about marriage – both gay and straight

The Flower Shop Project, in collaboration with Workhouse Theatre Company,

will be holding auditions for its Fall 2012 production of

But Not for Love by Matthew Everett

on Monday and Tuesday May 7th and May 8th (Callbacks on Wednesday, May 9th)

Performances will be held at The Warren: An Artist Habitat (4400 Osseo Road in northeast Minneapolis) on Fridays, Saturdays, and Sundays in October.

Rehearsals will begin at the end of August.

Auditioners will be asked to perform cold readings from the script.

[Blogger note – I’m not sure which sides they’re using in auditions yet but to get a look at some sample scenes, you can find links here.  For sample monologues, you can find links here.  It was originally commissioned and produced at Allegheny College in 2006, and just had a production last year out in Los Angeles, but this upcoming production will be the first time it hits a stage here in Minneapolis.]

Please provide a resume and headshot.

To schedule an audition please email Megan Murphy at megan@theflowershopproject.com to reserve your timeslot, including your name, preferred audition time and phone number. You will get an email shortly confirming your audition time.

For more information about the show or The Flower Shop Project, please visit www.theflowershopproject.com.

But Not for Love is a tale of two weddings – the double wedding of a straight couple and a gay couple.  Siblings Ephram and Eleanor are marrying their partners (Patrick and Roland, respectively), in a joint ceremony at the same church the siblings attended since childhood.  But despite the two unions about to take place, the members of the wedding parties are divided over the individual expectations each has for their particular ceremony, and outside the church, animosity and the threat of violence simmer among a crowd of protesters and almost force both marriages to be called off.  Supporting roles include a lovelorn lady minister (the Duchess) with a secret from her past; a conflicted policeman (Duke) charged to keep the peace during the ceremony; and a protesting family member (Jacob) leading the angry mob of religious objectors outside the church.  But Not for Love is an honest, engaging comedy-drama illuminating today’s GLBT issues and the future of human equality.

PATRICK – gay man, 30s, about to be married to Ephram

ELEANOR – female, Ephram’s sister, 30s, about to be married to Roland

EPHRAM – gay man, 30s, about to be married to Patrick

ROLAND – male, 30s, about to be married to Eleanor