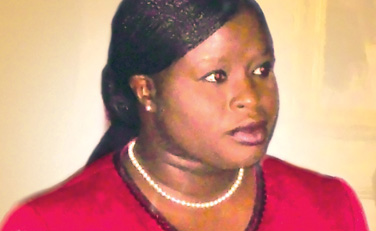 Ramsey County announced in August that a controversial gang database was being shut down, but some community residents believe there is still cause for concern. The information is still floating around, and no clear policy for maintaining such data yet exists.

GangNet, an electronic database that stored names of individuals allegedly associated with gang members, was started in Ramsey County in 1998 and used by nearly 96 law enforcement agencies around the state. A 2009 University of St. Thomas School of Law’s Community Justice Project report pointed out that the gang database had an overwhelming predominance of Blacks.

The report estimated that at least 54 percent of the individuals listed were Black. Also cited as problematic was GangNet’s accuracy, lack of state oversight, and lack of protocols on how information was entered.

Community activists and other concerned citizens used the report’s findings to strongly question its use and pushed to end GangNet. They were apparently successful: “We have unplugged GangNet,” said Randy Gustafson, a Ramsey County Sheriff Office spokesman.

When St. Thomas Law Professor Nekima Levy-Pounds learned of Ramsey County Sheriff Matt Bostrom’s decision to shut GangNet down, “I was very glad,” she said in a recent MSR interview. As Community Justice Project director, she along with several of her law students and the St. Paul NAACP wrote the 2009 report on GangNet.

“When we issued our report, toward the back of the report, after we laid out all those issues and concerns surrounding GangNet, we raised the question should GangNet be dismantled. We thought it was a valid question to pose so that people would take some time to ponder whether or not it is an effective, valid tool to use to address some of the gang issues.

“We didn’t see the effectiveness of this particular database,” said Levy-Pounds (pictured, above). “When you have that much data and you don’t have safeguards in place, it’s really hard to ensure that the data is actually useful to members of law enforcement.”

GangNet “had administrative flaws and design flaws,” admitted Gustafson. He added that accurate data to better keep track of violent individuals is useful both for law enforcement personnel and for the safety of the public.

“We found that the GangNet database was not the vehicle for that mission. That’s why it was shut down,” Gustafson said.

However, the Levy-Pounds expressed concerns that she says are shared by many in the community: Although GangNet as such no longer exists, scores of names still exist in the Minnesota Bureau of Criminal Apprehension’s Gang Pointer File as well as with local law enforcement officials.

“The data that the Ramsey County Sheriff’s Office is holding in GangNet is now being disseminated back to the jurisdiction that supplied the original information,” she explained. “As the result of that, those jurisdictions will have that information even though it may have not been audited or people have not been notified.

“So you may have the same issues occurring at a local level. There is nothing that is preventing law enforcement officials from sharing the data that they do have with each other,” Levy-Pounds said.

Gustafson said that if an individual has a criminal record with the police, “that record will exist,” but the public shouldn’t fear “that people are being targeted for having that information.” He said that records are automatically purged after three years unless the individual was arrested and convicted for a felony.

Levy-Pounds suggested that now that the database is no longer in operation, “This is an opportunity for our state to take a step back and make the determination of what direction it will go in terms of addressing some of the issues that our community is facing.

Also needed is “giving parents the opportunity to be involved and notified if there is a thought that their children might be involved in a gang, a clique, or serious criminal activity.” Parents often had no idea their child was included in the gang database.

Data sharing is helpful if it is accurate “and there is a real threat to the public,” believes Levy-Pounds.

“But we still don’t have a clear picture on how many databases are in operation and what the effects are on individuals and communities when these databases are maintained. That continues to be an issue to continue to watch and be accurately engaged in ensuring that there are adequate safeguards in place to protect people.

“It affects everyone — it is not just a person in the inner city who may be affiliated with a gang member,” said the law professor. “But it affects all of us when there are not laws in place to protect our civil rights and liberties.”

“The discussion is ongoing to find a way to keep track of violent criminals and how to identify them,” said Gustafson of the Violent Crime Coordinating Council that was established by the 2010 Minnesota State Legislature. The group is creating recommendations on how gang data should be maintained.

“We need to establish a group of problem-solvers from different sectors that looks more closely at the direction we are going” in regards to gathering and storing criminal information, concluded Levy-Pounds.

“If we do not do that, we are going to continue to have databases like GangNet pop up. This should be a key priority in this state.”