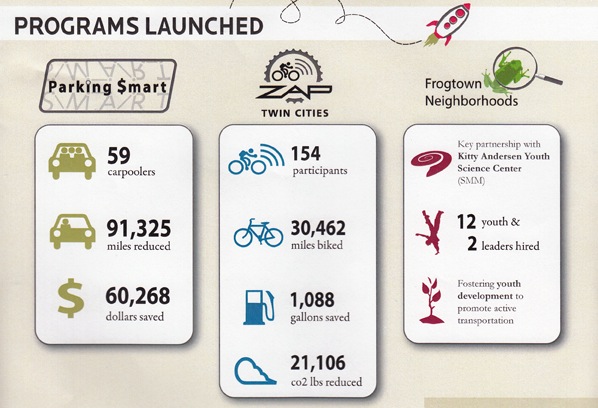 Part of flyer with transit information - scroll to bottom of article for full flyer.

“We have options even in the middle of a Minnesota winter!” John Mark Lucas, board chair of St. Paul Smart Trips, told more than 120 attendees at the fifth annual St. Paul Transportation Summit. Yet even as ensuing speakers recited new and improved transit programs, services, and opportunities from the past year, a significant question persisted: What are the options for new projects in the middle of what seems to be a frozen financial climate?

“Bottom line, we need more revenue,” said Will Schroeer of the Minneapolis- and St. Paul-area chambers of commerce. Highlighting results found in the Itasca Project study investigating economic growth spurred by regional transit investments, Schroeer stressed that an “integrated, and efficient transportation system is an important driver of economic development, and therefore, job growth.”  Lacking reliable funds, future transit plans would fail to be anything more than plans, and the region’s ability to attract new job growth would weaken.

The Itasca Project sought answers to three interrelated questions: what is the return on investment (ROI) of a built-out regional transit system, would this ROI change if investments were accelerated, and how would the potential for community growth near transit stations affect the ROI.  In each instance, the study concluded that ROI remained a wholly positive figure that would amount to billions of dollars in benefits throughout the region.  The problem remains, however: where are investment dollars going to be found?

While Schroeer maintained the region “cannot build a competitive system with current revenue,” Barb Thoman, executive director of Transit for Livable Communities (TLC) detailed where new revenue could be generated.

Through a bill recently introduced at the state legislature, (HF 1044 and SF 927), the coalition Transit for a Stronger Economy hopes to raise an additional $300 million annually for transit by increasing the five metro area counties’ current 1/4 –cent sales tax to a full cent.

$125 million would go towards increasing metro bus services, an expansion that has been lacking for years, according to Thoman.   An equal amount would be invested in expanding LRT/BRT/rail services.  Reminding the audience that there is currently no money set aside for any arterial BRT lines under consideration or the Bottineau LRT, Thoman also cautioned that any money presumed to go towards the much discussed Southwest LRT is far from guaranteed.  The remaining $50 million would be put towards fulfilling and enhancing local needs: the construction of bike facilities and boulevards, improving winter maintenance on existing sidewalks and bike paths, and increasing bike boulevards.

State hearings for the Transit Vision Bill are slated for March 18 in the House, April 1 in the Senate. 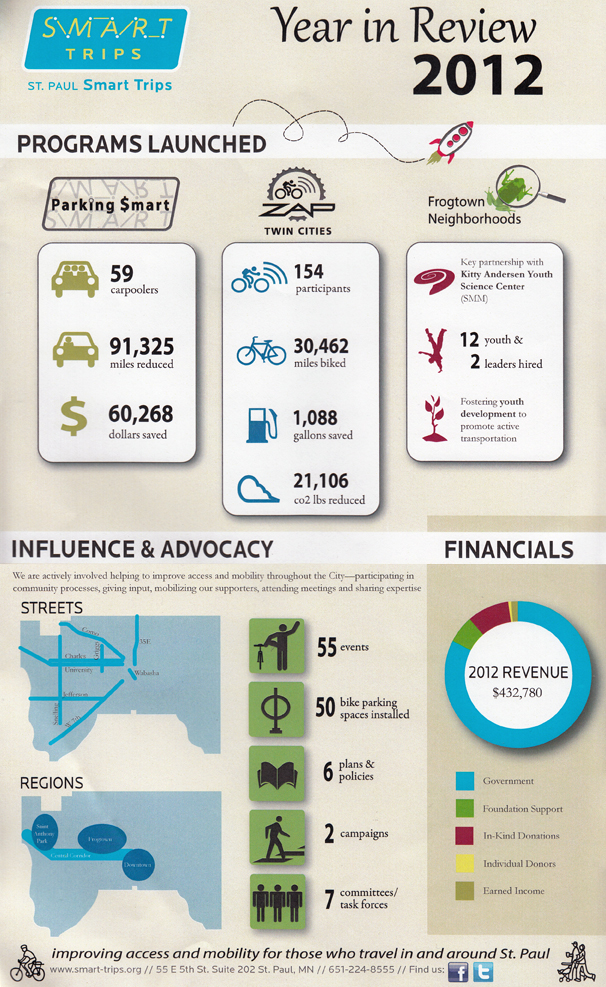