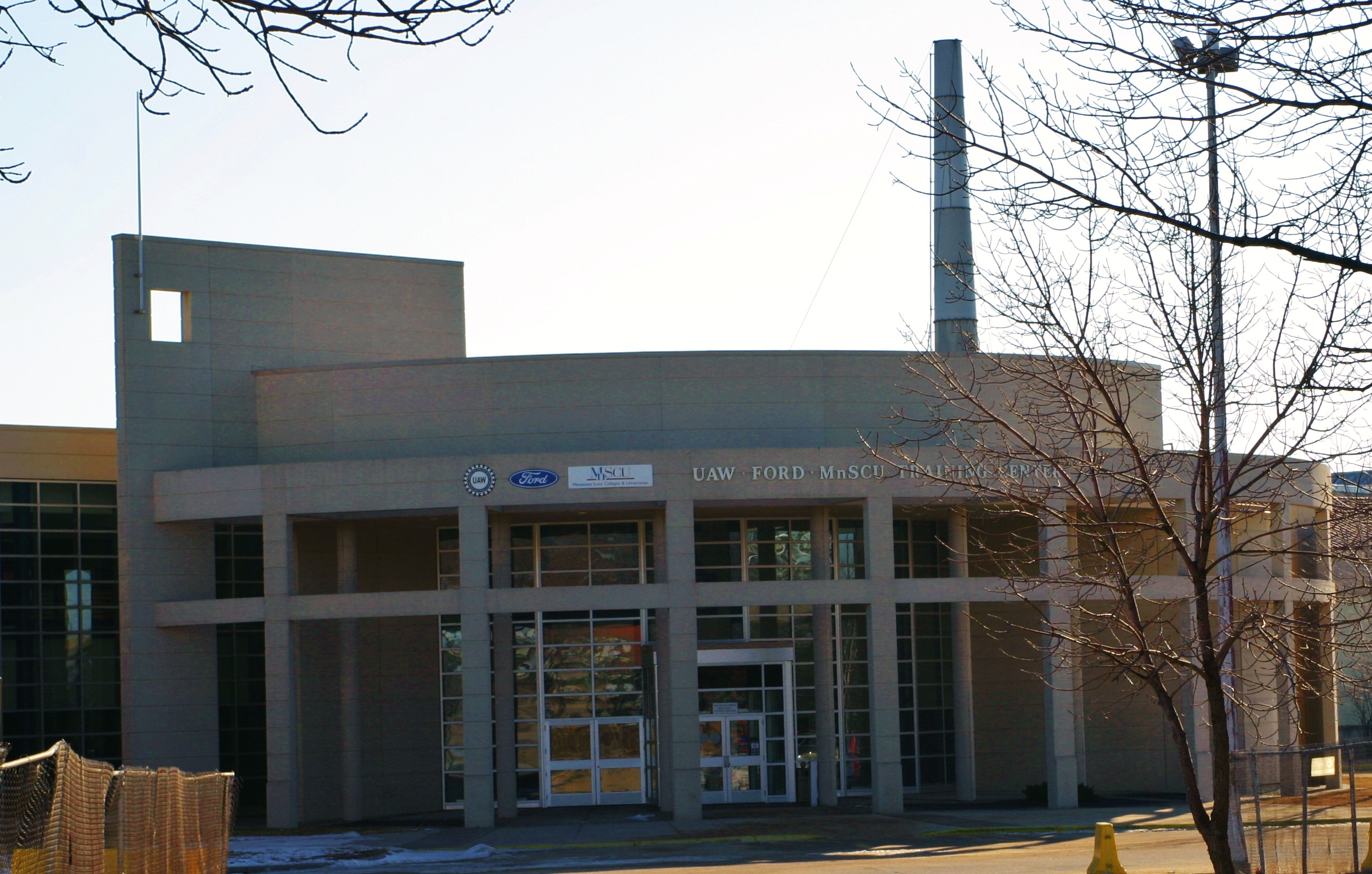 The MNSCU training center at the Ford plant.

What will fill one hundred and twenty-two acres of prime real estate overlooking the Mississippi River in Highland Park, where the Ford assembly plant operated from 1924 until December 16, 2011?  The Ford Motor Company owns the property and is now looking to sell it to a developer. What is ultimately built, however, will be a decision between a developer and the city of Saint Paul.

City Councilmember Chris Tolbert, who represents the area, explained, “Ford is going to put this on an open market, and the market will affect us.” But, he said, “whoever owns the land wants to rezone it, that has to go through the city,” giving Saint Paul a seat at the table.

A final development plan will not emerge for a long time, and there are still many options on the table. One major factor is how 86 years of building cars polluted the soil. If areas are contaminated at certain levels, they could not be used for residential development or park land unless they were cleaned up, and clean-up costs could be very high. Cecile Bedor, director of Saint Paul’s Department of Planning and Economic Develop (PED) said it is possible that Ford may find the property is too costly to clean, and choose instead to cover it up and leave it.

Concrete plans for redevelopment are waiting until Ford completes the environmental analyses this summer. Tim Puffer, board president of the Highland District Council, said, “There haven’t been a lot of opportunities to look at specifics.” Ford will not start looking for a developer to buy the site until that testing is done.

To demonstrate development options, the PED has come up with five scenarios that follow the city’s development goals for the site. Industrial development is the focus of the first scenario which also retains some of the existing buildings. The second seeks to provide space for light industrial uses and for technology and research firms while including significant space for housing. The goal of the third option is to provide space for institutional campuses, such as educational, research and development, or offices. The fourth option focuses on residential land uses and single family, detached homes to reflect the surrounding neighborhoods. A fifth and final scenario would create compact housing set around multi-modal transit and extensive parks.

The planning process will continue over the next nine to 18 months with an Alternative Urban Area-wide Review. The AUAR will compare the impacts of each scenario in areas like noise, traffic, and air pollution. After the AUAR and the soil testing are finished, stake-holders and the public will have a better idea about what may be built on the Ford plant site and how that development will impact the community.

The only market study of development options for the site is more than four years old. According to that study, there is a market for the industrial space described in the first two scenarios have much more industrial space. The third and fifth scenarios provide for more than twice as much office space as would sell well, and the fourth has more than seven times. On the positive side, all scenarios are within market limits for residential units. A panel of developers convened by the city said they could build housing on the site “all day long.”

Councilmember Tolbert said, “neighbors tell me how important green space and park land are.” He added that residents are concerned about increased traffic and noise. Tim Puffer, board president of the Highland Park District Council, said, “I hope whatever goes in there has a similar impact in terms of jobs and economic development for the City of Saint Paul [as the Ford plant did].”

Brian McMahon, executive director of a non-profit that supports development, has a specific concern about the development. Ford is planning to raze all buildings on the site. In an email sent to local community leaders, McMahon suggested that the MNSCU training center on the site and part of the original factory building be retained until the feasibility of reusing them could be studied.

In an interview, McMahon said that the training center could be used to train workers for other industrial jobs and knocking it down would be a waste. He said, “the most green building is the one that’s already there,” and keeping part of the original plant would add character and history to the site. Additionally, three of the PED’s development scenarios would keep the training center.

Bedor said that keeping part of the original plant does not make sense because “the integrity of the plant building had been compromised.” Speaking about the training center, Melinda Voss, a spokesperson for MNSCU, stated, “We have no need for the facilities.”

The redevelopment plan should get more concrete in the coming months as tests are finished, potential developers emerge, and further studies are completed. Ultimately, though, all development experts interviewed for this article agreed it will be 10-15 years before development is complete.