One such collaboration takes place Tuesday and Wednesday (Aug. 27 and Aug. 28) when Mint Condition lead singer and drummer, Stokley Williams joins jazz/fusion great, keyboardist, Jeff Lorber, saxophonist, Everette Harp and bassist, Shaun LaBelle for a two-night jam at the Dakota Jazz Club, 1010 Nicollet Ave., downtown Minneapolis. The quartet is set to play four shows – two 7 p.m. shows followed by two 9 p.m. shows – at the world famous jazz club. According to Williams, the audience is in for something very special.

“We’re doing a real funky show with jazz undertones. It’s going to be an incredible couple of nights of music,” said Williams, who will be on drums all night, but hinted that he may bless the microphone with his vocals. “It’s something special because we don’t get to play together a lot.” 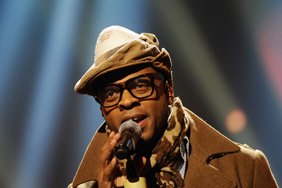 Williams said he has been a not-so-distant fan of LaBelle, Harp and Lorber for quite some time and he’s excited be playing together.

“I do a lot with Shaun – we’ve known each other for 20 years or so. He’s an incredible producer,” said Williams. “With Everette Harp, I played with him once before but before that I had been hearing a lot about him.”

Though Williams is better known as the lead vocalist for Mint Condition, he said he’s more comfortable being behind a drum set.

“That’s my home, drumming is my first love. That’s what I came up doing,” said Williams, who regularly hops on the drums during his Mint shows. “I love the drums; it’s natural for me.”