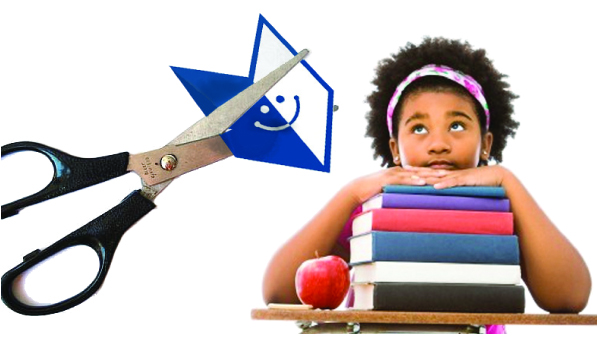 Children’s literacy programs, especially in low-income neighborhoods, are too often overlooked. However as school began this week, such programs as Reading is Fundamental (RIF) are operating without federal funding because Congress slashed it as part of a short-term budget deal earlier this year to buy time for lawmakers to pass a budget for the remainder of fiscal year 2011.

Since 1966, the RIF program have given out over 400 million books to needy children for free — nearly 90 percent of its annual budget is used to purchase books and support local RIF sites, notes the program’s website. It also sponsors multicultural literacy programs, including over 700 multicultural book collections, early childhood literacy trainings and public education outreach by airing public service announcements on Black and Native American radio stations.

RIF’s entire federal budget — $24.8 million — was cut. It suffered the second-largest cut among high-profile education programs affected by Congressional action. On a local level this means at least three-quarters of the children served by this program, which provides free books, will not be served this school year, says RIF Literacy Services Vice-President Judy Cheatham in a phone interview with the MSR from her Washington office last week.

The RIF program has shown nationally that it helps improve reading literacy among youngsters. “Our research shows us that one poor child in 300 owns a book,” Cheatham continues. “We gave out last year almost 16 million books to about four million children. This year we see in Minnesota that has been slashed. We are currently serving 6,811 children in Minnesota. We used to [serve] about 28,000 and now we are not serving 21,217 [children]… Of those children that are not being served… 80 percent … [qualify for] free and reduced lunch.”

Reading proficiency in local communities, especially among low-income children, must be a top priority, Cheatham strongly points out. It should start at home, she notes. She suggests “five minutes and five minutes” in the morning and evening for parents to talk with their child about reading. It can be as simple as reading the label on the cereal box out loud: “We send the wrong message to parents sometimes by making them think that they got to be a professional person or have a college degree in order to help their children,” she affirms.

“Five minutes to talk about literacy things around your house — at the breakfast table and at snack time before you go to bed,” says Cheatham. “As you’re going to the bus, as you are driving downtown or wherever you are, let your children see you read. Anybody can do that.”

Blacks, Latinos and Native American children are the three groups of children who are most likely will be affected by the federal cuts, says Cheatham. This is especially true in Minnesota “where you have so many different ethnicities and so many different languages, and so many human beings who don’t know how to access information and books,” she adds.

Republican Fifth Congressional District candidate Chris Fields last week told the MSR that he remembers receiving RIF books as a child. “To see the program cut saddens my heart,” he points out, adding that children, especially Black children, are caught in the middle of Washington’s political wars. He says if elected he would fight to get federal funding for RIF and other such programs restored.

The MSR also contacted U.S. Congressman Keith Ellison for comment. A spokeswoman said he was out of the office but added that he did not support the RIF funding cut. The congressman is extremely disappointed that the House of Representatives chose to cut this important funding that has helped children in Minneapolis know the importance of reading and learning. He will continue working with his colleagues to reinstate these funds or make funds available for other programs that will fill this need, she said.

“Little children on their own don’t have the advocates,” says Cheatham. Their parents often are too busy “worrying about how to eat and…pay their rent” to lobby for them as well. “The whole issue of [free] books sank way down to the bottom of the ladder,” the RIF official points out.

As a result, RIF now seeks private funds and corporate partnerships: “We have such a strong infrastructure and such good relationships with publishers [that] we get books in the hands of children very efficiently and inexpensively. Those Minnesota RIF programs could be supported by industry, private donations, private funders and family foundations,” says Cheatham.

She also points to Macy’s, which is supporting eight Minnesota RIF programs, and Buddig Lunchmeats, which “stepped up to the plate while we are trying to fill some gaps” and sponsors the “Be A Reader” program for children in grades K-4, pledging to raise a minimum $100,000 to support the program and marketing campaign.

“Yes we would love having state and federal funding” but must now depend more on other funding sources, says Cheatham. “Anytime you can get books into the hands of little children and their families, we are doing a good thing. When we cut programs for children of disenfranchised families, [it] doesn’t make any sense,” she concludes.