Anthropology junior Tim Clemens transfers Aaron Wager from his wheelchair to his bed with a ceiling lifting system Monday at Wager's home in MInneapolis. Clements works as a personal care assistant in the Wager's family. (Photos by Hok Chun Kwan)

Even with student loan debt totaling $1 trillion and a weak job market, some University of Minnesota students will graduate debt-free because they worked their way through college.

More than 60 percent of University students graduated with debt in 2010. The average student left with more than $27,000 in student loan debt. But some students are able to earn the cost of tuition and living expenses by balancing school work with full-time jobs.

For Tim Clemens, graduating without debt could be a reality. Though paying for school on his own wasn’t his choice, the anthropology junior would not have it any other way.

Clemens worked two jobs while still keeping up with five courses this semester and plans on doing the same thing next spring. He works as a personal care assistant for a disabled boy and another job at the American Eagle store in the Mall of America. 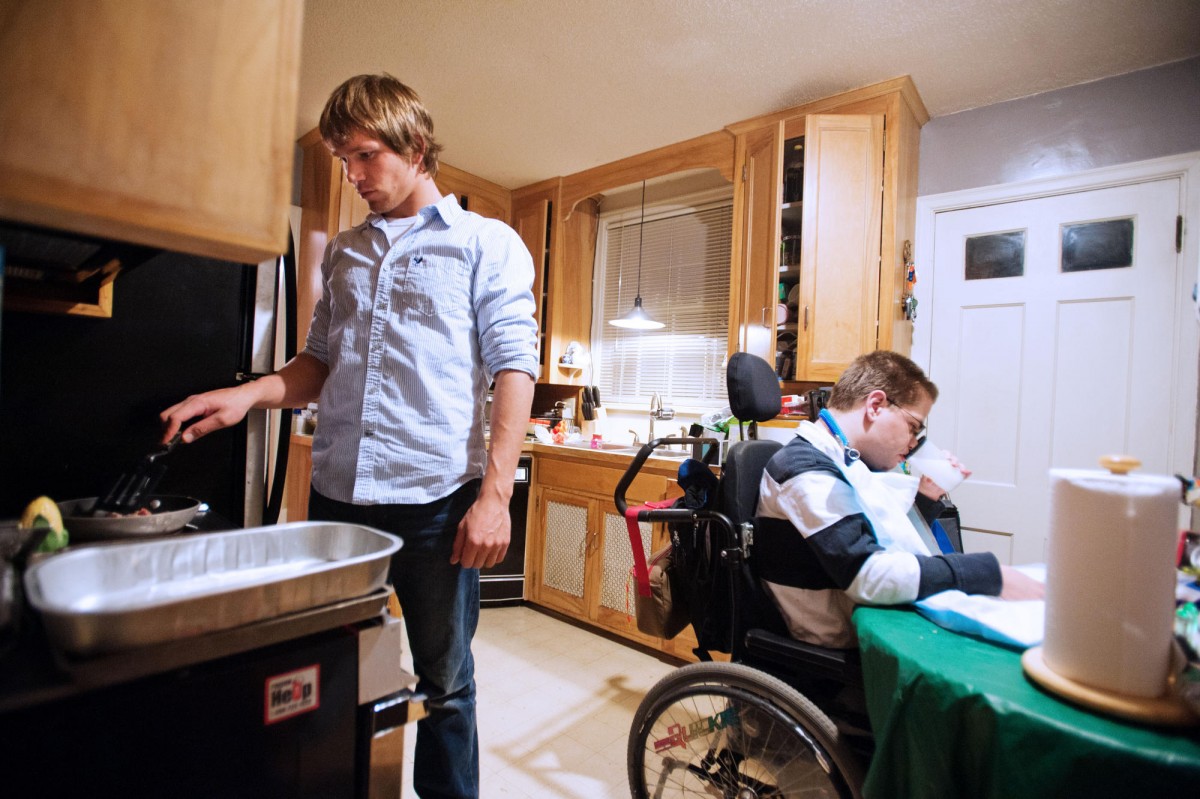 He said he took on the burden to see if he could actually do it. He remembers wondering if he would be able to balance working full-time and a full semester course load.

“It sort of worked itself out, like school and work have taken precedence and everything else just kind of came in third,” he said.

While Clemens said supporting himself hasn’t been easy, he developed money management skills that most of his friends don’t have.

He said he’s seen a lot of his friends blow an entire paycheck in a weekend while he saves it completely.

“I don’t take my money for granted. It might be cliché to say, but I know the value of a dollar.” 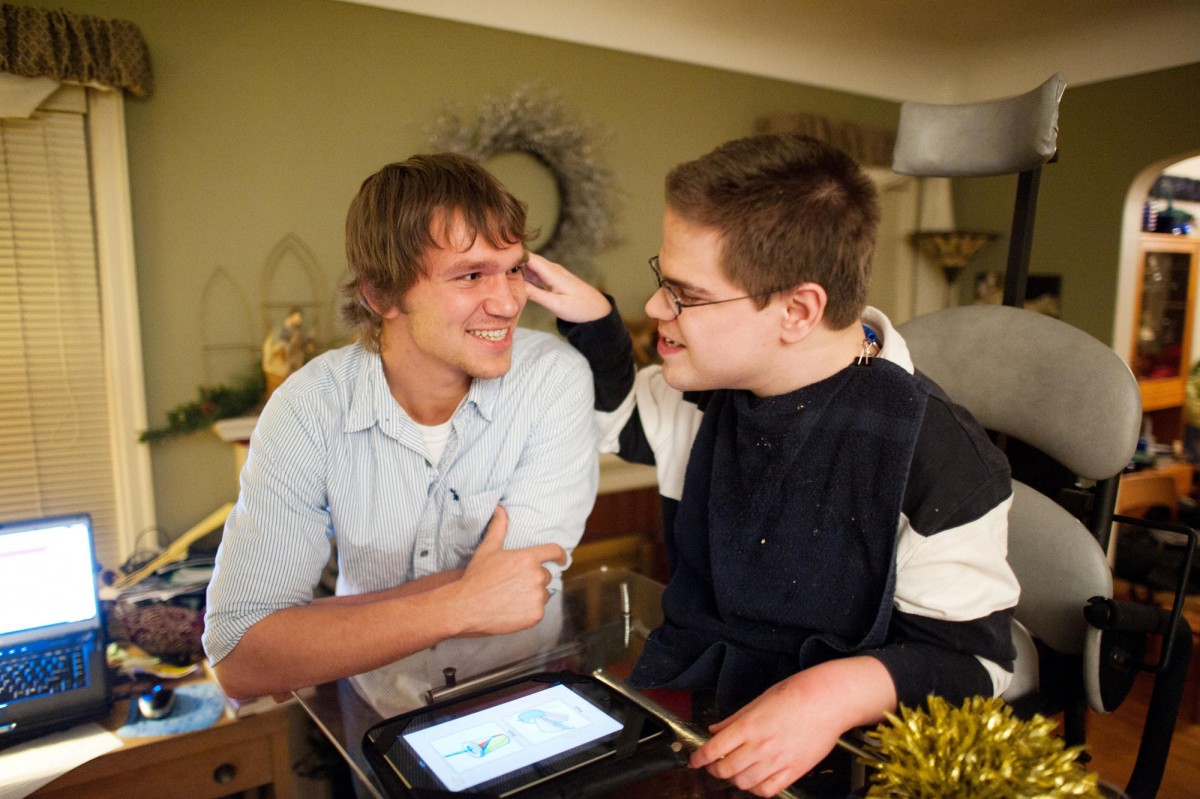 Anthropology junior Tim Clemens teaches Aaron Wager how to use a soundboard app on an iPad after dinner Monday at Wager’s home in Minneapolis.

Ever since he could remember, Sala Yussuf has always held some sort of job. Like Clemens, Yussuf works more than 40 hours while being a full-time student.

Yussuf, a communications senior, works at the Cub Foods Pharmacy as a pharmacy technician. He’s been a full-time employee there since his senior year of high school.

“I didn’t want to have to take out all these loans and have this massive debt hanging over me when I graduate,” he said.

A native of Ethiopia, Yussuf said he plans to go back to his homeland and work as a journalist.

“I want to go back home and work there because there are a lot issues there that no one is addressing, and I want to do my part,” he said.

Hemang Sharma, a senior working toward graduating with two majors and minors, had to adapt quickly to being a full-time student and worker.

Sharma said he wasn’t eligible for much financial aid when he started school because his family had recently immigrated from India when he applied.

With limited options to pay for school, Hemang juggled two jobs with his classes. He said it became difficult at times but in the end helped him become more responsible.

“It absolutely makes you more responsible as far managing your time and money. It equips you well for the real world and what it’s going to be like out there once we’re done,” he said.

Recently, he dropped one job to focus more on classes and said he has become eligible for some financial aid.

After he graduates this spring, he plans on going to graduate school to study film producing. He said he’ll still work, but not as much because he wants to do well.

When Clemens graduates next year with a degree in anthropology, he will become the first person in his family to earn a college degree.

After working to pay for his own education, Clemens said he thinks a lot about being financially secure enough to support his children when they go to college.

“I think I’ll definitely be helping out my kids more, but it will just be a natural product of being in a better economic situation than my family is in nowadays,” he said. 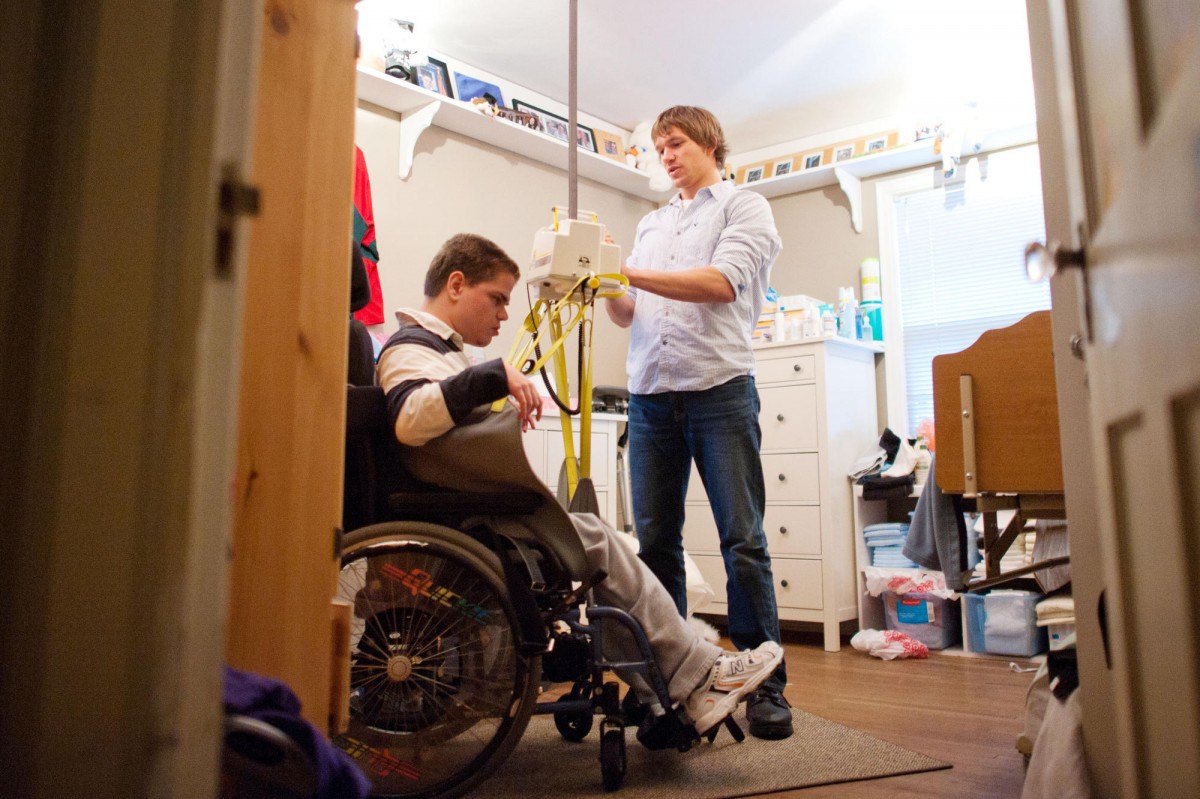 Anthropology junior Tim Clemens helps Aaron Wager to get on a lifting machine Monday at Wager’s home in Minneapolis.