It’s kind of strange seeing a movie for the first time, yet you know the ultimate ending. The ultimate end of “Fruitvale Station,” a cinematic account of the last day of Oscar Grant, a 22-year-old Oakland resident who was celebrating the new year of 2009 with friends, is that Oscar Grant dies. There’s no other outcome that can be achieved.

“Fruitvale Station” is the story of the real-life shooting of Grant by Bay Area Rapid Transit (BART) police. Grant and friends had been passengers on a BART train when an altercation took place and the group was detained by BART police. The shooting was captured by multiple cell phone cameras and quickly went viral on the web. Grant was unarmed and shot in the back by a BART officer who claimed he thought his handgun was a Taser. 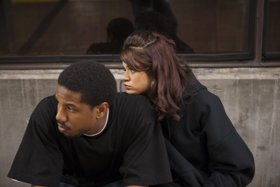 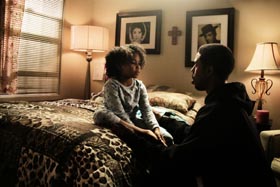 I had seen the actual footage of Grant’s shooting almost immediately after it happened. I was outraged, but for me, life moved on. I mean that was tragic and sickening, but that was in the Bay Area of California. I didn’t know Oscar Grant. I was removed from the incident. But after seeing “Fruitvale Station” – the title is the name of the actual transit stop where Grant’s life was taken – I could no longer be removed. I could no longer say I didn’t know Grant. I see Oscar Grant on a daily basis. In my younger, more testosterone filled days, in many ways I was Grant. 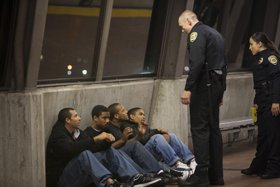 What Coogler does, with the assistance of Michael B. Jordan (“The Wire,” “Red Tails”) who portrays Grant, is not focus on the shooting and death of Oscar Grant, but rather on the life of Oscar Grant. “Fruitvale” is about the life of a young man of just 22 years who had a family, a committed relationship with the mother of his child, a beautiful young daughter and hopes and aspirations for the future – a future he would not live to see.

Coogler does not try to make Grant a saint. Grant’s shortcomings are exposed in the film, but that even further points out the humanity of this tragic tale. 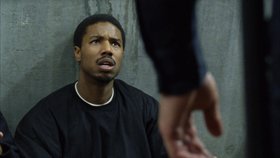 During the screening of this 1:25 minute film, I briefly felt myself having an attack of anxiety. I was having a hard time breathing and realized I was so tensed with anger – seeing Grant live, knowing he’s going to die – that I was physically tensed in a tight knot. Though “Fruitvale” may not be a factual account of Grant’s last day on earth, it felt as though you were watching the actual countdown to his demise. During one brilliant sequence, Coogler cuts the audio from the film and in a packed theater; there was an eerie silence in the air – minus the scattered sniffles of audience members crying. 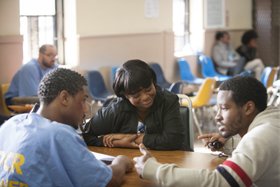 To say that “Fruitvale” ends with the death of Grant is not entirely true. Believe it or not, the ending is far more grim as the writer/director merges actual footage of events – though, not the actual shooting – into the film.

“Fruitvale” is a tale of what could be any African-American young male in any city in this land. It’s the story of Oscar Grant, Trayvon Martin and some can say (and have said) it’s the story of Terrence Franklin, killed this past May by Minneapolis officers under sketchy circumstances. The movie is not a documentary, but it’s 100 percent real.