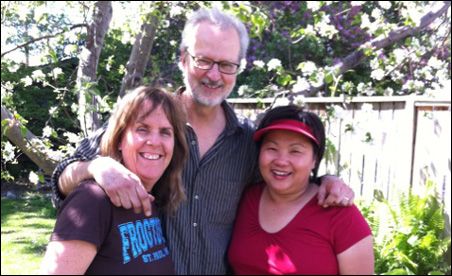 In Xe Susane Moua’s native culture, the land was everything. “As soon as you could walk, you got a hoe and the seed and you planted,” the Hmong- American woman says.

So, it’s no wonder this long-ago refugee from Laos, a fledgling resident of St. Paul’s Frogtown neighborhood and a master gardener has signed on to an idea taking seed: a proposal to turn almost 13 hilly and partially shaded acres of empty space within sight of the state Capitol into Frogtown park and farm.

The idea, says long-time resident Patrician Ohmans, one of four founders of the nonprofit Frogtown Gardens organization, is to grow a park with space for recreation, farming and something more.

The park, she says, would be a place to enjoy the beauty of nature in a neighborhood pockmarked by foreclosed homes and the ghosts of demolished houses yet an area remarkable for its diversity and marked by both poverty and hope.

The area is often seen as a stepping-stone community for immigrants to St. Paul. But a park, Moua, a real estate agent, and Ohmans, a public health consultant, say, enhances and anchors a community.

“A park will attract residents and homeowners,” Moua says.

“When you create something beautiful, people begin to stay,” suggests Tony Schmitz, a health care consultant married to Ohmans, talking in the backyard garden of the home where they’ve lived in for 32 years, about a block from the proposed park site. A park, he says, would start to change the tone of the neighborhood.

Already the land near Victoria Street and Van Buren Avenue is cleared of buildings and parking lots. Yet, there’s a stumbling block: the hefty asking price of $5.425 million. The property is owned by the Amherst H. Wilder Foundation.

“The strategy,” says foundation spokeswoman Nan Upin, “is to sell the property and invest the money to be able to fund programs into perpetuity” in keeping with the organization’s mission of serving the most vulnerable and helping those with immediate needs.

“We’re following a fair-sell process,” she adds, meaning any interested parties can submit a bid to buy.

That kind of purchase money, Ohmans is quick to say, her group doesn’t have, what with a bank account so far sporting only a couple thousand dollars. Still, there’s tons of hope for future acquisition and interest in the project from foundations and individuals, she says. 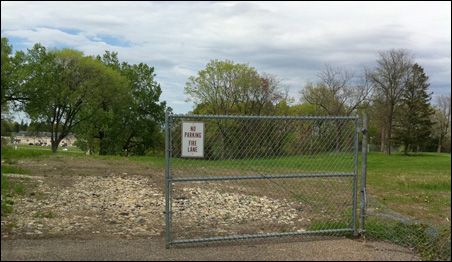 A view of Wilder Foundation land that some advocate be turned into a public park. (Photo by Cynthia Boyd)

“We have never, ever, suggested or thought that Wilder Foundation should give up or donate to anybody, including us. We understand the Wilder Foundation has financial necessities and had some hard times recently,” Ohmans says.

Frogtown, also called the Thomas-Dale neighborhood, is profiled on the city’s website as the “most racially and economically diverse ward,” with a “rich tapestry of people and history.” It also has a scarcity of parks. To give you an idea of its location, the area includes the Saint Paul Cathedral.

Schmitz describes a changing neighborhood compared to 20 years ago. With city help, the crack houses and street prostitution of the 1990s are almost gone, he says. “It’s just way different.”

“There are a lot of new facelifts,” Moua adds, in spite of recent reports of 172 registered vacant buildings in Frogtown resulting from the mortgage crisis, and 80 or more empty lots. She moved into a rehabbed house near Van Buren and Western last November with the help of a nonprofit organization helping revitalize the area and provide more affordable housing.

The group posts letters of support on its website, including endorsements from lawmakers U.S. Rep Betty McCollum and state Sen. Sandy Pappas, as well as organizations and individuals. The McKnight Foundation commissioned the Metropolitan Design Center at the University of Minnesota to do a feasibility and urban context study of the farm and park proposal.

City officials are interested, citing the need for more green space and the availability of the land as well as local community support.

“Green space at the Wilder site is a priority and it fits with our overall goal in providing green space throughout the city,’’  says St. Paul Parks and Recreation Department spokesman Brad Meyer, referencing a Parks and Recreation System Plan released earlier this year.  But, “Dollars across the board are tight,’’ he said.

Among fervent early supporters of the plan is St. Paul Councilmember Melvin Carter who, nonetheless, acknowledges the park will be “a long-term plan and process.’’

Community members, too, applaud the idea. About 150 people showed up in April for a vegetarian meal and to get updates on the farm and park project. Many left with small plastic bags sporting five scarlet runner bean seeds ready for spring planting. 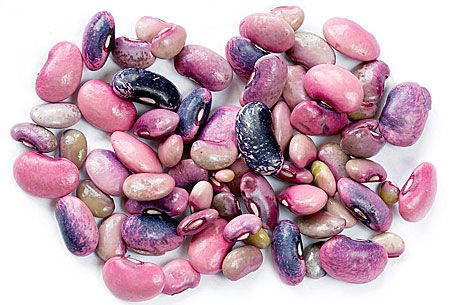 Planting those seeds to grow up the chain link fences so characteristic of the neighborhood would be a show of solidarity for the project and an act of beautification since the plants sport attractive red flowers and fresh green leaves, Ohmans and Moua say. 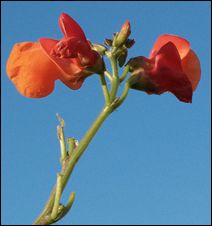 Scarlet runner bean flower (Creative Commons)
Plus the plants mark the community’s historic ties to immigrant groups, from Germans and Polish peoples generations ago to the Vietnamese in the mid ’70s, the Hmong in the ’80s and now the Somalis, some with strong agrarian traditions.

“It’s a really nice space,” says daycare provider Diane Natrop, a neighbor of Ohmans. She envisions a kids’ area in the park where they could garden, collect and wash rocks and acorns, do nature arts and crafts activities such as tree rubbings, even dig for worms.

Though the neighborhood has had its “ups and downs,” she now sees a strong sense of community in the diverse neighborhood where she has lived since 1988, feelings a community park would bolster.