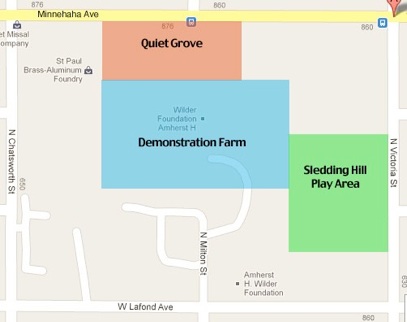 Frogtown Farm came one giant step closer to reality with the March 5 announcement that the Wilder Foundation will sell the site at 919 Lafond Avenue in St. Paul to the Trust for Public Land at a bargain-basement price of $2.2 million. The approximately 12-acre site was valued by Wilder at $4.5-4.4 million, but the press release said that, “The sale price is significantly reduced from the appraised value as Wilder’s contribution to the community, and to ensure the property will be used in a way consistent with the community’s vision to be of benefit to the community.”

Patricia Ohmans, one of the community activists who has spearheaded the Frogtown Farm campaign, said she doesn’t think farming will begin in 2012. “I’ve never done a multi-million dollar land deal before,” Ohmans said, “so the truth is, I don’t really know how quickly things will move. They accepted the bid, but I think there’s a lot of back and forth before we get to a signed purchase agreement. Hopefully, one of the provisions will be that we get to go onto the land to show it to funders and start preparation.”

According to Bob McGillivray, senior project manager at the Trust for Public Land, their plans include three components: urban farming, a recreational use, and a natural area component. McGillivray said that the next step is raising the money to pay the purchase price and for initial programming, noting that they have 18 months to do so, under the purchase agreement. He said TPL will be seeking both public and private funding.

McGillivray said that the exact shape of programming for the land will be set in collaboration with the community and the city of St. Paul. McGillivray emphasized the broad support for this collaboration, and said that TPL is working closely with Frogtown Farm and the District 7 Council.

Frogtown Farm is a project of the Frogtown Gardens organization, a Minnesota corporation with 501(c)(3) non-profit status, said Ohmans. “We do other things – green bean campaign, planting trees, community garden,” she said, but “this is obviously the big one.”