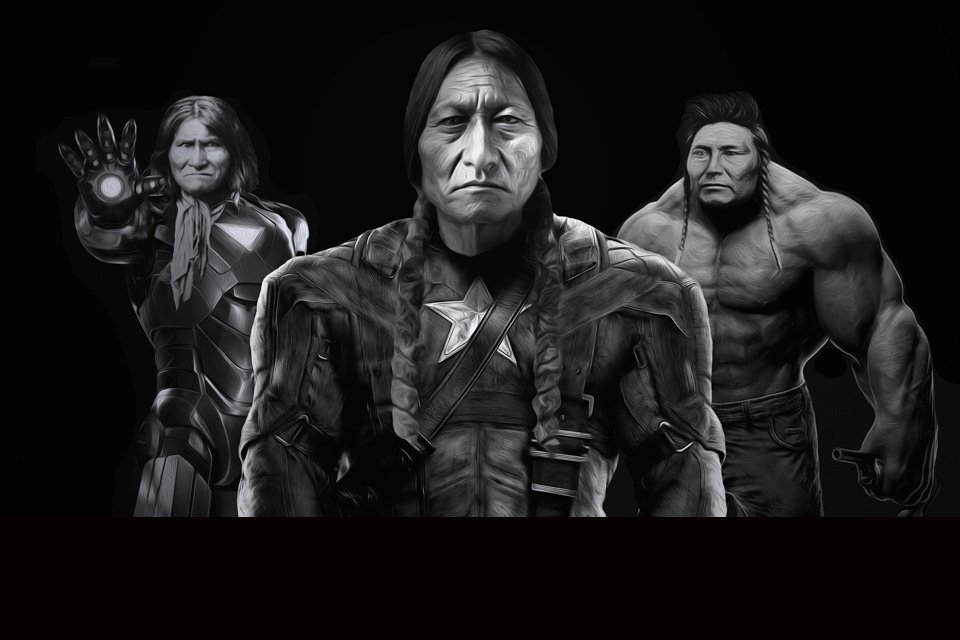 First, the insertion of Native American faces into a black and white rendering of members of The Avengers is brilliant and cheeky marketing – Native American Iron Man, Native American Hulk, and Captain Native American. Playwright Rhiana Yazzie has been a willing volunteer when I wrangle together writers for Theatre Unbound’s 24 Hour Xtreme Theater Smackdown. It takes a hardy soul to be willing to take on sleep deprivation and instant collaboration with another writer, using element unknown until the night of the writing to create a short play, much less a good one. Her willingness to pitch in this way is only the beginning of why I like her and want to support her work. There’s also the whole controversy surrounding a recent local production of the musical Bloody Bloody Andrew Jackson. Yazzie’s thoughtful and considered objections to the play provided the intellectual foundation for subsequent protests. Add to that the grace with which she handled the resulting backlash from some quarters of the theater community, and she’s pretty much got me in her corner permanently. I’m happy to see her work and her perspective as part of this year’s festival with Native Man, The Musical, and I’m excited to attend her opening on Saturday afternoon.