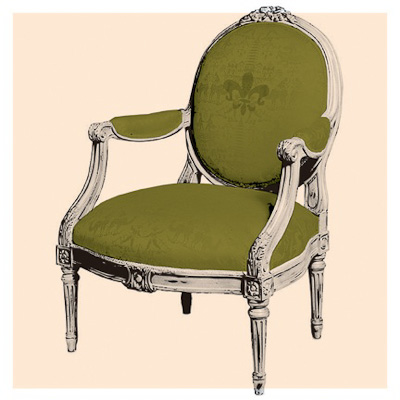 When A Man Loves A Chair

Yvette – Theater In The Round

Mom could not stop raving about this one. In fact, she wants to steal the role of the mother, Beatrice, from Sara Olson and play it herself. She proclaimed it was “good regular theater,” by which she meant not a “performance” or an “event” but, you know, just a well-written script, well-directed, done by a cast of talented actors. All of which you think wouldn’t be an enormous hurdle, but if you’ve been to a lot of Fringe, or just a lot of theater in general, you know getting any one of those elements in place can be tricky, two out of three is mighty impressive. But getting all three in going at the same time, sometimes that’s nothing short of a small wonder.

Add to this the fact that Yvette had an additional challenge to meet, because Mom saw another Fringe show about a man in love with a chair on the first day of her Fringe adventure last year that was, shall we say, a bit more graphic in its depictions of man-chair loving. She was not expecting great things from this show, based on past experience, but great things she got all the same. In fact Mom was a bit more enthusiastic than I was at first, and we were trying to figure out exactly why.

“Things went sour with a Hungarian zither player and I had to leave France.”

The basics are these – Morton (Michael Shannon O’Keefe) confesses to his mother Beatrice (Olson) that the house that has been in their family for generations is about to be foreclosed on. Morton also reveals to Beatrice that he is in love, with Yvette. And Yvette is a chair. Yvette, it turns out, can also solve their financial troubles and save the house. Two antiques dealers – Andrew (Josephe Bombard) and his sidekick Charlie (Patrick Kozicky) – arrive with designs on Yvette. She is a very special chair indeed, and the dealers will pay a lot of money to have her. But Morton, in love, cannot part with her. Add to the mix Morton’s prodigal sister Maddie (Isabel Nelson), who knows a thing or two about rare books, and you have a most unusual romantic farce.

“There is no corner of the world that does not have wonderful wood, Charlie.”

I think my reluctance to initially embrace Yvette is that frankly, I’m a reverse snob. I don’t care about the problems of rich people. Someone who’s never had to worry about money suddenly has to worry about money? Boo hoo. Welcome to my world, Daddy Warbucks. But if I set aside my own personal prejudice for a moment, there’s a lot to love here. The script is sharply written, and directed, by Gemma Irish. The actors are all savoring the fact that they’ve got an intelligent funny script to rip into. The whole thing moves really cleanly from beginning to end. Everything in the text has its purpose. Even silly jokes…

“A book that lights up?”

…nonetheless move the plot forward. Ultimately, Morton’s love for Yvette isn’t the central engine driving the play that I expected it would be. Yvette is almost beside the point. Yes, everyone wants her, for their own reasons, but we don’t really see a relationship here. It is, inevitably one-sided, because Yvette is a piece of furniture, not a human being. She doesn’t interact or respond or do anything but sit there, and be sat upon. O’Keefe makes Morton’s devotion seem genuine, if still sad and a bit creepy (this guy’s been locked up on the family homestead for too long by himself). It’s the human relationships here that count. Both the mother-son-daughter dynamic, and the unexpected blossoming of love between Andrew and Charlie, are what we care about as an audience. It’s a tricky balancing act. Andrew and Charlie’s romance threatens to hijack the whole play (not that I’m complaining – I’d almost like to see them get their own play).

Yvette ended up on my Top Ten list due to a Fringe-For-All preview that turns out to have been a bit of a bait and switch, but I really don’t mind. It got me to see a quirky little play that was still one of the two best things Mom and I saw on a pretty impressive opening day of Fringing.