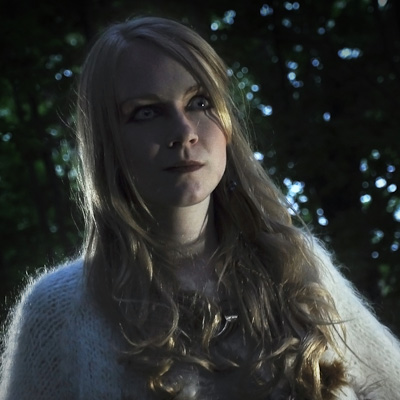 Is it weird that this plot line sounds familiar to me?

“Bloddeuwedd, a one-person show based on a Welsh legend, will receive its world premiere at the Minnesota Fringe. The show tells the story of a young woman who is magically fashioned from flowers, becomes enmeshed in a brutal marriage and a passionate affair, and is punished by being turned into an owl.”

This is a variation on the same legend that was brought to the Fringe in 2005 as a musical (?!) by the group we would come to know as 3 Sticks. It was an ensemble show, rather than a one-person show, and it was called Mythed.

It was part of my Fringe Top 20 that year. It got some nice reviews, both from me and others.

This time, it’s less musical, and a wee bit darker.

“It is both a literary horror story, recounted in poetic language, and a feminist fable about a woman’s ultimate empowerment in the face of brutal circumstances and her systematic repression. Like the myth that inspires it, the story is full of unexpected twists and turns, behavioral insights, and fantastic events. Dealing with both sexual themes and violent episodes, Bloddeuwedd is intended for mature audiences.”

They ain’t kidding, check out the video trailer – http://www.youtube.com/watch?v=qjrj8rfZiqA.

OK, so more than a wee bit darker.

Bloddeuwedd (pronounced “Bluth-a weth,” with the “th” sounds resembling the “th” in the word “the”)

Because I truly would never have gotten that one. Phonetics would have failed me utterly.

Because, honestly, I’m just as likely to type in the URL address correctly as I am to ever spell Bloddeuwedd correctly. Hee hee.

I also enjoyed the title of their press release…

Some other info on the show…

“Written and directed by Mark Hunter and featuring a performance by Erin Daly, Bloddeuwedd was developed at Cornell College in Mount Vernon, Iowa. Hunter is a free lance professional director and a professor of theatre at Cornell College. While he has directed more than 80 theatrical productions in both professional and academic settings, Bloddeuwedd represents his debut as a playwright. Daly is an artist and a student as well as an actor, mixing her theatrical work with her interests in art history and classical studies. This show was created specifically for her to perform and was showcased last May as part of a larger site-specific theatrical venture known as The Owling Project.”

Here’s the Bloddeuwedd show page on the Fringe site.