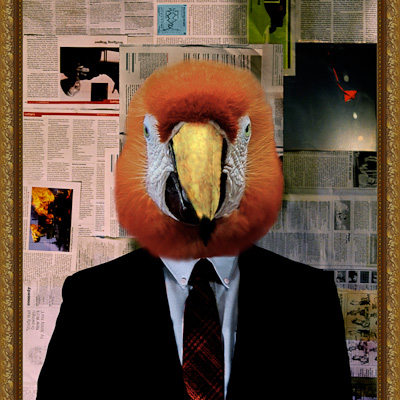 I Expected A Zig, It Zagged (Cool!)

“We go as far back as you can remember, which should count for something.”

A friend was looking for a Fringe show recommendation that was more of a surprise for the brain than the heart. Luckily, he asked me right after I’d seen Indifferent, so I had that show as the perfect suggestion for him. When I told him that, even as a playwright and reviewer who had seen a great many new plays in all stages of development, Indifferent continued to surprise me in one moment after another, that was all he needed to hear. Indifferent is a goofy, tricky little script by director/writer/creator Matthew Grathwol (with assistance from writer/creator Jackson Kennedy). It’s weird, but a whole lot of fun.

The fact that Grathwol was in the cast of two equally bizarre past Fringe outings, 2009’s boy scout trip gone horribly wrong “Thin Mint” and 2008’s Monty Python revue “My Hovercraft Is Full Of Eels” will surprise no one. Actually that Fringe resume explains a lot about the comedic, absurd twists and turns of Indifferent. Whenever I thought it was going to zig, it zagged. It’s hard to surprise me in a way that still makes sense for the script and thus doesn’t tick me off. Indifferent kept confounding all my expectations, and I couldn’t be happier. Or happier to recommend it others.

A pseudo-historical figure from the times of Ancient Greece is plopped down, with no explanation, in the present day. At least, I think it’s the present day. No matter, it seems familiar enough, even though the modern day characters are all just a little bit off their rocker. Pheidippides (Ryan Colbert), is the man behind the legend of the marathon, which we still run today. A messenger during a time of war, he ran 150 miles in a day to carry important news back and forth to the front. The next day he ran 26, delivered the news of victory, and dropped dead. After his death, he shows up in Indifferent.

“I forfeit all questions when I’m with you.”

Pheidippides is discovered by Duck (Patrick Budde), a man wearing a loud shirt and tie, carrying a ladder labeled “Uncertainty,” which provides a portal to another world, and also a gym bag with an extra change of clothes. That last item comes in handy because Pheidippides arrives in the future butt naked, except for a dagger on a belt around his waist. No nudity warning necessary, folks. Colbert’s butt (and other dagger) is tucked behind flesh-colored underwear and a pair of pantyhose. (You know Colbert is straight because, bless him, he can’t wear a pair of nylons without getting a run, and several toes are exposed as if he were wearing a pair of old gym socks or something.) (Still, those pantyhose do get a workout, and Fringe budgets are slim, perhaps they just have to make do.)

Duck is clearly smitten with Pheidippides (and who wouldn’t be? Zero body fat, that’s all I’m saying.) Duck tries his best to help Pheidippides to adapt to non-Ancient Greek life, in part by taking him through the ladder of Uncertainty to the office of the Doctor (Eric Linnes-Bagley) where Truth is dispensed – that is, if you can get by the jittery receptionist Mona (Sadie Lancrete). Pheidippides decides he is in love with Mona, much to Duck’s disappointment. The doctor is a grimacing, grunting, convulsing man who is more than happy to insist he knows what everyone else should be thinking and feeling. Just put the doctor in charge of your free will and everything will be OK. (The Python-esque opening scene between the Doctor and Mona lays this intellectual dictatorship out in hilarious fashion, and Lancrete and Linnes-Bagley set the absurd comedic tone for the rest of the play with a vengeance. For example, food is a lie you can eat, so the grocery is a store of lies. Hungry? Best just to lick your arm instead.) Pheidippides and Duck try to buck this trend, but poor Mona isn’t quite capable of playing along.

“Goodbye. See you at your next crisis.”

There are a couple of really wild, abrupt shifts in relationships and characters’ fates that come not just out of left field but a whole other stadium, and yet, oddly, they seem to make perfect sense. Even the doctor bringing out a cello, and then actually playing it(!) (wow, I think my appreciation for Linnes-Bagley just doubled) made its own kind of sense. Also, that cello playing live was a great, melancholy soundtrack for the end of the play and Pheidippides’ big closing speech. In fact, the only thing that didn’t make sense was Duck leaving Pheiddipides alone at the end. Their peculiar friendship had such a strong foundation in Duck’s infatuation with Pheiddipides, that when Pheidippides called out for Duck at the end, I fully expected Duck to come running. I’m not saying it was a gay love story for the ages or anything, but friendship based in unrequited love is a hard thing to shake.

The Lovely Boys (and Girl) are all indeed lovely. The doctor, for instance, for all his facial tics, is straight out of soap opera central casting. And who needs special effects when you can just cast shadows over certain people’s ridiculously fit bodies like some kind of Robert Mapplethorpe exhibit? There are also all indeed boys (and girl) – fresh out of high school, barely in college. (I now feel like I should register as a sex offender.) The next generation’s brains must just be wired differently because of all the new stimuli they had to grow up with which the rest of us didn’t need to tackle right out of the womb. But whatever is responsible for a script like Indifferent coming into being, bring on more of it. It’s making theater fun again. Go ahead, surprise me.