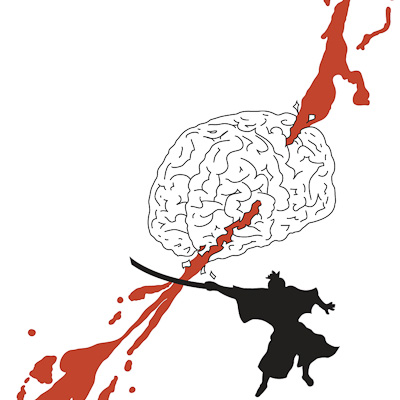 An Entertaining Game of “Fill In The Blanks”

I Remember You – Minneapolis Theatre Garage

“I saw a kid puke on the lawn and I knew I was in the right place.”

There’s something scrappy and charming about the ensemble coming-of-age Fringe production I Remember You that I can’t quite place my finger on. Mom had a harder time relating to this new generation on stage but by the end, they’d won her over, too. These young characters probably aren’t the leaders of tomorrow, and if they are, God help us. But you can’t help liking them, even as most of them stumble around half-stoned out of their minds at a party celebrating their impending graduation from high school. This story has a twist, however, since Donny (Jeff Spoo), the guy at the center of the action, is returning to his old stomping grounds with a huge swath of his memory completely blank. The car accident that killed his mother left Donny with amnesia (fourth through tenth grade memories? gone.) Donny’s father moved them out of the neighborhood and into a new school where Donny could start as fresh as his clean slate of a brain. But Donny has known most of these people at the party pre-4th grade, so nostalgia on the eve of their graduation brings him back.

“It’s weird that something so painful can also be so beautiful.”

No one knows quite what to do with Donny. None of them can really believe they’ve been forgotten, and keep assaulting Donny good-naturedly with memories he no longer shares, and in some cases may be more wishful thinking that past reality. Did Donny and statuesque blond Erica (Victoria Nightingale) really date for a whole year? Was Donny the animal on the football field that belligerent Rick (writer Connor Molloy) makes him out to be? Who the heck is happy drunk Ben (Brady O’Brien) anyway, since most people even without amnesia can’t remember him?

“I will literally light you on fire.”

Donny’s new post-amnesia best friend Kevo (Jeremy Walton) makes a ninja flying leap of an entrance. Bustling through private conversations is boisterous Brooke (Joy Dolo), even arguing with her text messaging device (“I’m trying to spell fuck, don’t pretend you don’t know that. I’m not trying to tell my boyfriend to duck off.”) Caretaker friend Marianne (Katie Clarkson) watches over her reality-impaired friend Jo (Marly Ramstad) who is so high on mushrooms she has a hard time getting out of the tub to confront the moonlight. Even co-writer Jessica Dunne makes a cameo as partygoer Jenny.

“It’s the tea platter on which death is served to one’s enemies.”

I Remember You doesn’t have your standard beginning, middle and end, which is one of its strengths. The script doesn’t trouble you with a lot of exposition. Just like Donny, the audience has to learn about everyone at the party as they go along, taking information at face value until someone comes along to contradict it. It’s fun to be pushed off into the deep end the second the lights come up and have engage our brains to follow along and keep up. All the things that charmed me about this group’s Fringe-For-All preview are still in effect, minus the narrator. Though part of me missed him, I have to admit I felt closer to these characters because there wasn’t an interpreter standing between us and them. Once again, a smart and unconventional choice on the part of the writers. Sometimes the proceedings feel like they meander a bit too much off the track, but it’s hard to tell if that’s the performances or writing at work, or a combination of both. The production is so laid back about everything that it’s sometimes hard to know whether you’re really off track, or perhaps finally getting “on” track. It’s a little confusing, but strangely I didn’t seem to mind a whole lot. It’s rare to get the feeling that you’re just hanging out with a bunch of characters, so I rolled with it.

“I don’t have many normal first conversations.”

The production also asks the audience to play along in other ways. There’s a screen door present, but the Theater Garage’s red curtain must serve as the playing space’s only real wall through which people come and go to different parts of the party house. There’s a real couch and chairs and even a keg, but a big plastic bin must do service as a bathtub. Because it’s a Fringe show, we go along with these low-tech set solutions, and the use of space is laudably consistent throughout. No one accidentally wanders into the bathroom from the living room. The architecture of the unseen house is preserved, and so we in the audience buy into the characters’ reality. It’s a little thing, but I’m surprised by how often it’s forgotten, in or out of the Fringe.

I Remember You is an odd duck of a Fringe show, but both Mom and I found it quite charming. New script, new actors, both of which work well together, it’s definitely worth a look.