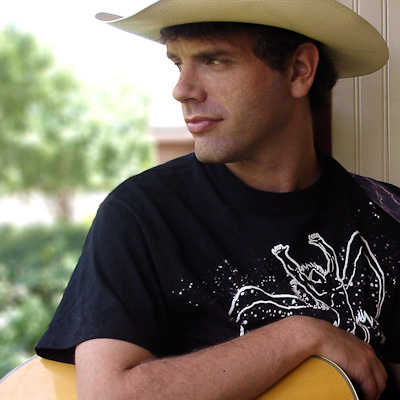 If you put a gun to my head and I could only see ten Fringe shows (that weren’t already on a previous Top Ten list of mine), they would be these and these.

If you removed that gun from my head and allowed me to see ten more, they would be…

The Tragedy of Icarus

“‘The Tragedy of Icarus‘ is Greek in form. A character named Chorus appears on stage with a pair of yellow roses in a vase and sets them on the ground near the front of the stage. He then sings an elegy to his lost brother. What follows is an explosion of characters delivering songs and monologues that reflect the difficulty of grieving and the impact on the performer.

There’s a Dylanesque troubadour who has been rejected by his audience,

and a retired country music superstar who returns to the stage after having a spiritual epiphany.

In between these performers is the struggle between Icarus and his brother. One wanting answers and the other reluctant to talk.

‘Move on. There’s nothing here to figure out,’ says Icarus to the audience.

But a persistent Chorus won’t leave it alone retaliating with ‘Blue Roses’ a ballad with the chilling refrain of ‘it might be too late to dedicate a song to you.’

Icarus answers with a confessional monologue explaining the true reason of why he doesn’t like to talk about his death.

‘I don’t remember it. Do you know how humiliating that is?’

The show ends with a Guitar God coming down from the heavens and resolving the play much like The Deux ex Machina in Ancient Greek Drama.

‘The Tragedy of Icarus‘ is a Rock n’ Roll Elegy for the coolest guy that ever lived. Derek Larson was not famous. He played guitar but wasn’t a rock star. He painted houses for a living. He was loved by many and his loss affected all who had come to know him.

In the eyes of his brother, he was an Icarus figure. A rebel who flew too high, resulting in his own untimely death. Derek becomes Icarus in this new one man show by first time fringe producer Joshua Caleb Larson. Across the landscape of a dream, characters weave in and out in a tribute to Derek’s musical heroes: Bob Dylan, Led Zeppelin and The Beatles.

Everyone struggles in some way in ‘The Tragedy of Icarus‘ either with loss, love or even the audience. Spiritual intervention helps resolve the dissonance and in the final monologue of the show, The Beatles, ‘Let it Be’ becomes the backdrop of a scene that reunites brothers through their infinite bond of music.”

I know next to nothing about this show other than the above, which is enough. It’s just a gut instinct. I won’t know for sure until I’ve seen it. But out of 169 shows, it was able to grab my attention, which bodes well in my book. I was unable to reach the artist to learn more. All the internet will tell me is that he’s a musician and stay at home dad. And for his first Fringe show, he’s presenting a memorial to his brother. Ghosts, Greek myths, music, and a guy who knows how to handle a guitar and looks good in a cowboy hat. That pretty much pushes all the buttons I need pushed to check something like this out. If you’re equally curious, schedule a trip to the Bryant Lake Bowl.

Mom and I are seeing his third performance on Monday 8/9.
(His first two performances are Friday 8/6 and Saturday 8/7)

Mom and I are seeing their second performance on Sunday 8/8.
(Their first performance is Saturday 8/7)

Mom and I are seeing their second performance on Monday 8/9.
(Their first performance is Saturday 8/7)

“What if someone walked into surgery and awoke quadriplegic never having been warned of this risk? What if they not only survived but also endured the horrors of this disability with hope and humor? What if they returned to school, earned a masters degree in theater and then a law degree and got married? And then had a son and became widowed. What if they wrote a funny and tearful book about it? What if they wrote a play, too.

Someone did. That someone is Brian Shaughnessy. Not only is Brian an individual with a disability – quadriplegia – he is also an attorney, actor, director, writer, husband, father, entrepreneur and quite possibly the funniest man on four wheels. The Squeaky Wheel SQUEAKS!, is his brutally honest story of living life from an electric wheelchair. The story focuses on his challenges and accomplishments without sentimental back-patting. The audience will be laughing through the tears.

Brian’s friend, collaborator and former teacher Mark Medoff, Oscar nominee and Tony award winning author of Children of a Lesser God, had this to say about the book from which the play is taken, ‘Brian Shaughnessy tells his story of suffering and survival with extraordinary humor and compassion. Fate dealt him what might seem an impossible life. His journey is harrowing, horrifying, and finally inspirational. His dignity, his humor, his life have informed my own. I am indebted to him for all he is.'”

I’d actually have to work really hard to come up with reasons *not* to see this play. So, on the schedule it goes.

He hit the DC and Kansas City Fringes before us, and is on to Boulder and Chicago afterward. Bless his funny, hot-wheelin’ heart.