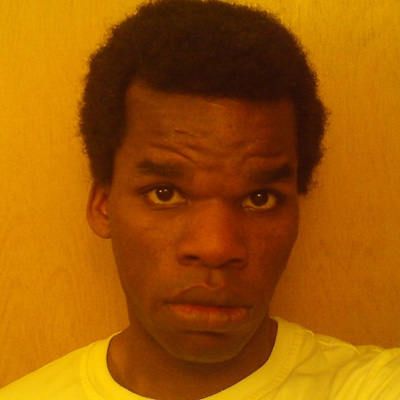 How A Man Comes To Terms With His Name

Can Michael Come Out And Play? – Playwrights’ Center

“If you respectfully ask for my story, I will tell it to you. But I can’t right now, because I know what it is.”

Last year, with Two Bowls Of Cereal & Some Bacon, Mahmoud Hakima created a one person Fringe show so winning, and funny, and honest, that it landed him on my Top 10 for this year’s Fringe. Two Bowls Of Cereal & Some Bacon focused on Mahmoud’s childhood, with particular attention paid to his relationship with his often abusive stepfather. This time around, in Can Michael Come Out And Play?, Mahmoud struggles to build a relationship with his biological father, a man his mother left when Mahmoud was only one year old. And this time around it isn’t the story of a boy, but the story of young man, coming to terms with the cumbersome birthright of an unique name.

“That was an eloquent speech. I’m sure it’s gone through many rewrites.”

Being named Mahmoud Abdul Hakima was no picnic even before 9/11. Mahmoud often found it easier just to go along with people who’d prefer to call him something simpler, like Michael. Especially growing up in Selma, Alabama. Dealing with mispronunciations and misspellings was the easiest part of it. People thinking you should go back to Africa, even though you’re from California, or people thinking you’re stupid, or a terrorist, or Muslim (not that there’s anything wrong with it, except that it isn’t true), or perhaps didn’t have access to chocolate where you grew up, those are the things that are hardest to stomach. Even the most well-meaning and benign people can end up doing damage.

Mahmoud at first resists when his biological father tracks the family down, and wants to reestablish ties with his children. Mahmoud retreats into video games rather than take that first phone call, despite his sister’s excitement and enthusiasm. He writes a letter only reluctantly, and perfunctorily. Only the death of their grandfather prompts Mahmoud not to put things off any longer.

“That’s what I should have said. But I needed this job…”

Though Mahmoud’s mother never had a good word to say about his father, Mahmoud’s father doesn’t go the same route. When they meet, the father takes responsibility for driving the mother away. Mahmoud is introduced to his father’s friends (“This is a blessed day. This is my son.”) Mahmoud learns the story of how his parents met. Mahmoud watches his father flirt with a young lady at the checkout counter. They eat together, and Mahmoud’s father tells him the origin of his name.

The family changed their last name to Hakima, meaning wise.

He was named Mahmoud, a variation on the name of the prophet Mohamed, but Mahmoud means worthy of praise.

But they didn’t want him to get too full of himself, so they have him the middle name Abdul, meaning servant of God.

The experimentation with poetry as a device interspersed throughout the narrative doesn’t work as well as it might. Often it reinforces or repeats something that’s already been said before, either explicitly or implicitly, as if Mahmoud didn’t trust the text, or the audience, to get the point across. Maybe he feels that the story isn’t light or entertaining enough, and needs a bit of a break. In these instances, he’s a sharper storyteller than he gives himself credit for being. The one place the poetry gambit works is in the story about the origin of chocolate among “his people,” which is an amusing detour into the mind of an ignorant person he needs to deal with on a daily basis. In that instance, it would work as just a one-shot device. Otherwise, he can trust that his story is compelling, and amusing, enough to hold our attention. The specificity of his journey makes it worth taking. The poetry often oversimplifies something that is delightful in its complexity, and moving besides. (My mother was repeatedly making sympathetic noises beside me throughout the show, moved many times by Mahmoud’s story of self-discovery. And she wasn’t alone.)

Once again, Mahmoud presents the best kind of Fringe one-person show. Not wallowing in childhood trauma or neurosis, instead he builds the foundation and the steps needed to emerge as the better man he strives to be. Sure we’ve seen variations on this theme before, but when it’s done well, we all still get something out of it. Since Mahmoud let out the detail of having two sisters, and five other half-siblings, I think there are still many other fascinating family stories yet to be told. I look forward to every one of them. But while you can, be sure to catch Can Michael Come Out And Play?