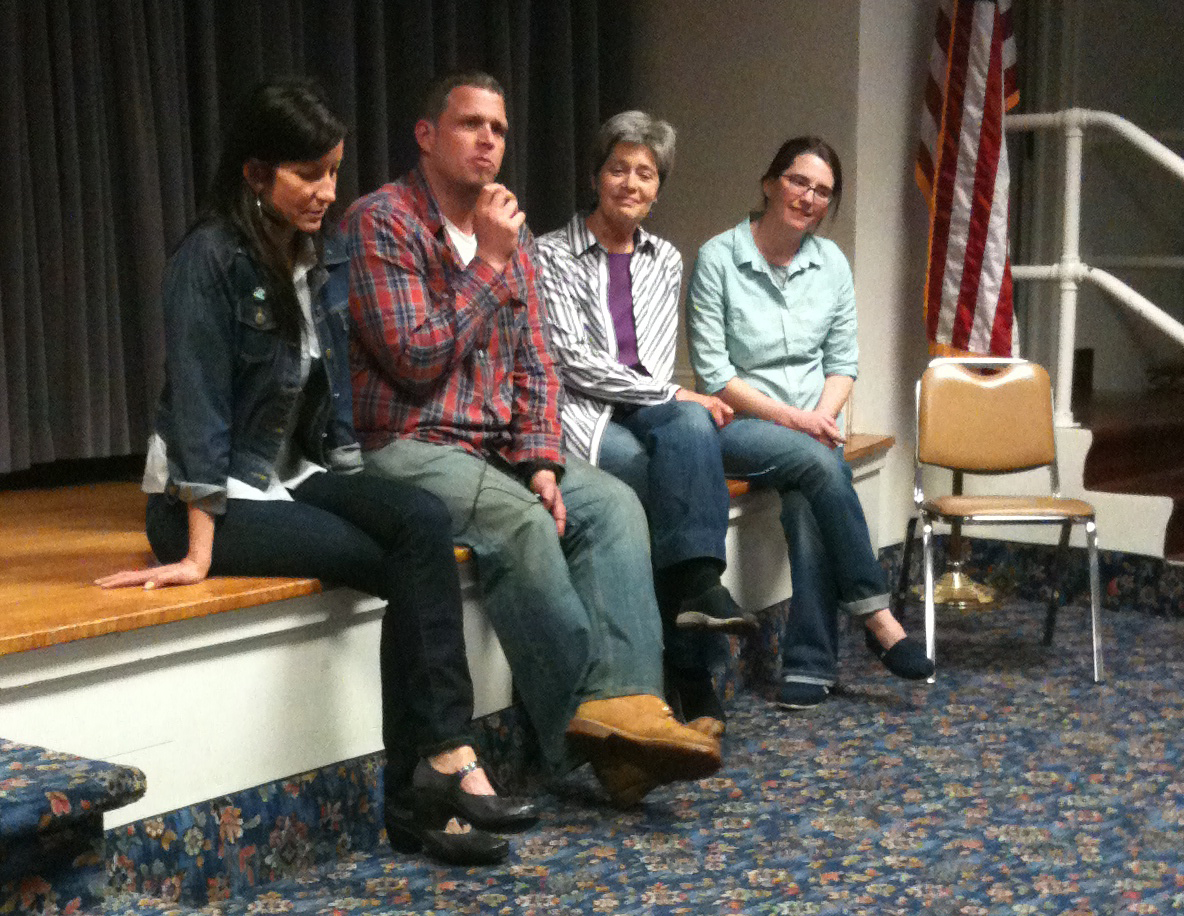 “Americans fear only one thing: inconvenience.” This thought begins the 2009 documentary Fresh, a film shown Friday night at Bethlehem Lutheran Church in South Minneapolis that explores the consequences of our industrial agriculture food system. Approximately 75 people gathered in this light brick building on Lyndale Avenue to view and discuss how our choice as a nation to make what we eat easier, faster, and cheaper has led us to record levels of obesity, environmental pollution and food-borne illnesses and safety recalls. It was another chance for Twin Cities audiences to see this movie—previous viewings included events at the Riverview Theater and a visit by director/producer Ana Sophia Joanes in 2010.

I found Fresh similar to the more well-known and widely distributed Food, Inc., a 2010 Academy Award nominee for best documentary. Both feature disturbing footage inside CAFOs (concentrated animal feeding operations, commonly referred to as “factory farms”) juxtaposed against pastoral scenes of chickens and cows leisurely milling about green fields. While both movies tackle the subject of animal welfare, one particularly moving scene in Fresh also highlights the human cost to this unsustainable method of food production: Russ Kremer, President of the Missouri Farmers Union, recounts how much of his former job working on a factory farm consisted of injecting filthy or diseased pigs with huge needles filled with antibiotics. After one of his hogs gored him and he nearly died from an antibiotic-resistant infection, he transformed his farm from the standard industrial methods to an all-natural practice.

Michael Pollan, author of the best-selling book The Omnivore’s Dilemma, which similarly explores this nation’s food production system, is also featured in the film and shares several sobering statistics including the fact that key nutrients in most supermarket items have diminished by 40% since the 1950s due to current agricultural methods. “Cheap food is an illusion,” he says, adding that what we save at the grocery store is quickly outweighed by external costs such as the price of food safety recalls, exorbitant health care bills, and the environmental impact of our daily decisions about what we eat.

Films like Fresh could easily leave one feeling overwhelmed and powerless but instead leave the viewer with a sense of hope by reminding them that shoppers actually hold the power to “vote with their fork” on a daily basis. Eating is such an innate human need that we really do have the ability to influence where our food comes from and how it’s produced every time we visit the grocery store or patronize a local restaurant.

The evening also featured free (organic!) popcorn; prize giveaways from Tangletown Gardens and Butter Bakery; and a discussion panel with Scott Pampuch of Corner Table, Eva Jensen, Ph.D. and ELCA pastor, Megan Smith of the Land Stewardship Project, and Tracy Singleton of Birchwood Café. One of the discussion themes seemed to be how it all comes full circle: When Pampuch and Singleton discussed the recent explosion of locally-sourced menu items at area restaurants, Smith highlighted the growth of young farmers attracted to this field to meet the growing demand.

Both the film’s website and the discussion panel offered attendees simple steps they can take to improve this essential part of everyday life: buy local and/or organic food products whenever possible, support restaurants that buy from Minnesota co-ops and farmers, and rediscover the art of cooking at home. The evening served as an entertaining reminder of the responsibility we have as consumers but also the extraordinary power we possess when it comes to our food.