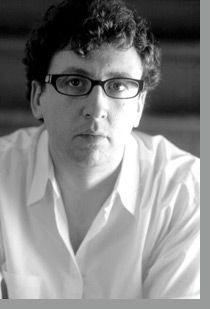 Investigative reporter Jason Leopold, who made national headlines last month when he reported that White House political chief Karl Rove would be indicted in the Valerie Plame case, says he stands by his story and will continue to dig behind the scenes—despite Rove’s apparent vindication.

Leopold, who was in town Monday promoting his new book, News Junkie, has been blasted by critics on the left and right since Rove’s attorney, Robert Luskin, on June 13 reported that he had received assurances from special prosecutor Patrick Fitzgerald that Rove would not be indicted. He said he was not surprised by the criticism from the right, but he’s been disappointed by the response by progressives. “It’s really disturbing,” he said. “They’re throwing me under the bus. I don’t understand what these people stand for.”

On May 12, Leopold reported that Rove had told White House officials that he would be indicted. And while Luskin and White House officials continued to deny it, Leopold’s story ran in the online magazine Truthout.org. The promised announcement never came; instead, more than a month later, Fitzgerald reportedly informed Luskin that his client would not be charged.

In the flurry of stories that ensued, Leopold was eviscerated by the press and bloggers. The Washington Post alone published five stories on him. Post reporter Joe Lauria described Leopold’s past trouble with cocaine and his run-ins with the law, which were chronicled in News Junkie, and quoted Leopold as saying that he gets the same rush from breaking a story as he used to get from snorting coke. “To get coke, he lied, cheated and stole,” Lauria wrote. “To get his scoops, he has done much the same.”

The book, which details his troubled youth, has given his critics plenty of material, the 36-year-old Leopold said. “I’m an easy target for criticism because I have a book out there. They can use that to turn the story around and focus on me.”

Despite the vicious criticism, Leopold is determined to keep digging. He said he doesn’t doubt that Fitzgerald sent a letter to Luskin, but he questions whether that indicates Rove is out of the woods. The letter, after all, has never been released by Luskin, the special prosecutor, or by the White House. “If it was a clean bill of health, that thing would be plastered all over the place,” he said.

Leopold said he believes Luskin negotiated some kind of agreement with Fitzgerald after he learned an indictment was forthcoming. “My first instinct was that he cut a deal with Fitzgerald,” he said, noting that the grand jury was suspiciously silent during the days between Rove’s unprecedented fifth round of testimony and the special prosecutor’s letter to Luskin. “It is not uncommon for an indictment to be returned and for a deal to be struck afterward.”

While he conceded that the episode has left his sources a bit “skittish,” Leopold said that he and his editors will not retract or correct the story. Meanwhile, he’s diving back into court records related to the Lewis “Scooter” Libby case and noted that another case that has not been given much attention may hold the key to the Rove situation.

Between May 10 and 17, the grand jury returned an indictment in a case called Sealed v. Sealed. Leopold said that tag is usually used when the defendant is providing information to aid an investigation. What’s suspicious about this case is that it’s been sealed for more than a month, which makes him think it may have something to do with Rove. “It’s highly unusual that a case would be sealed for this long,” he said. “There’s something juicy there.”

For more on Jason Leopold and his new book, go “here”:http://processmediainc.com/press/mini_sites/news_junkie/.