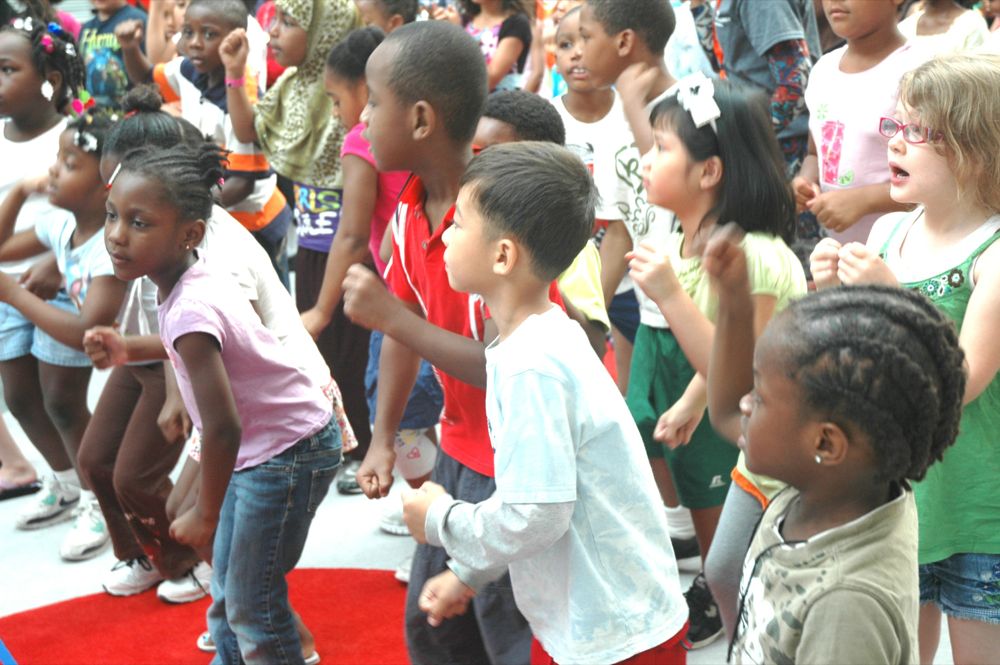 “When I say Freedom, you say School!”

The 118 kids gathered in the atrium at the Saint Paul Neighborhood Freedom School enthusiastically call back to Emmanuel Donaby, who, microphone in hand, leads a good half hour of cheering, chanting, singing and dancing. There’s no end to the number of chants the kids know, even after just a week of attending a week of camp. They’re encouraged by the 14 college-aged interns and 13 high school junior Interns. “G-o-o-d-M-o-r-n-i-n-g! Good Morning,” they chant. After a while, Mahmoud El-Kati treats them to a story by about a monkey and a wildcat, and teaches them a few Swahili words.

St. Paul Promise Neighborhood’s Freedom School is part of a range of pilot activities initiated after SPPN received a $500,000 Federal Promise Neighborhood Planning Grant in 2010. Angelique Kedem, who was hired to direct the program nine months ago, said the funding has gone toward developing a plan using a collective impact model. This model incorporates a number of different entities, including St. Paul Public Schools, the City of Saint Paul, Ramsey County, Saint Paul College, Hmong American Partnership, the Network for the Development of Children of African Descent, the Cultural Wellness Center, the YMCA of Saint Paul, and Wilder Foundation.

SPPN encompasses a 250-block area in the Summit-University and Frogtown neighborhoods. Currently, SPPN is working with about 150 families, and about 250 children. The SPPN has an estimated 22,214 residents; 35 percent (7,717) are children under age 18, a higher proportion than the state, where children are 24 percent of the population. Children live in an estimated 3,084 SPPN households. People of color comprise 78 percent of the SPPN, compared with just 17 percent of the state as a whole. African-American (39 percent) and Asian (26 percent) residents include numerous immigrants, many of whom arrived as refugees, according to Jennifer Franklin, Program Director at Wilder Foundation. 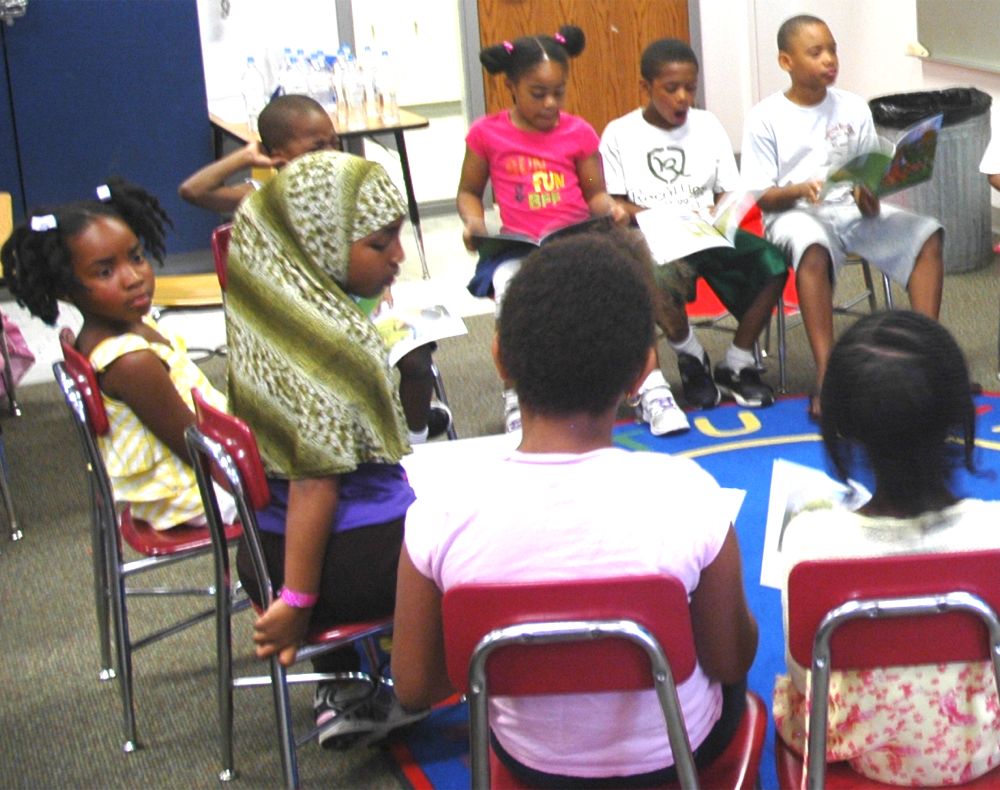 Last January, SPPN learned that they did not receive a federal Promise Neighborhood Implementation Grant, which was awarded to the Northside Achievement Zone across the river. However, the Wilder Foundation has just re-applied for the grant, and a decision will come in January 2013.

Erica Schumacher, Director of Neighborhood Initiatives for the mayor’s office in St. Paul, says that, as with any project, “the path forward will change depending on what funding we received.”

When the Promise Neighborhood didn’t receive implementation funds, the leadership team needed to decide what their priorities were, Schumacher said. Those included an early childhood education network, coordinating with Race to the Top for scholarship funds, as well as aligning Promise Neighborhood with the work funded by the Investing In Innovation grant, which the University of Minnesota received to improve education from pre-K to third grade.

“Funding is critical,” Kedem said. “It helps us go to scale.” Right now, there are not enough funds to fully realize the SPPN goals. Without funding, “we won’t be able to do everything in our plan,” she said. This fall, there will be a scaled down program, with SPPN focusing on pilot activities.

Donaby, who is a behavior intervention specialist with St. Paul Public Schools, was brought on to be the site coordinator for SPPN’s Freedom School this summer. He’s been involved with the Freedom School movement, a program operated through the Children’s Defense Fund, ever since 1999 when he was student at St. Paul Technical College and was looking for a summer job. He found an opportunity with Freedom Schools, and after being sent down to Tennessee, he’s participated every year since then.

There are currently three Freedom Schools in St. Paul, and six in Minneapolis, all focusing on out-of-school programming. Donaby said that the program has helped him, and he’s seen how effective it can be on the students that he teaches. One of his first students, Amira Gill, is now one of the interns.

“Donaby was my first teacher,” she said. Ever since she was in third grade, she went to Freedom School every summer. It helped her not to forget what she learned during the year, she said. “We read every day, and I learned more about African American history. It helped me stay on top of things.” She also found a community, which helped her in the struggles of her life, especially in dealing with the death of her father while she was in high school (her mother died when she was young). “They were there for me,” she said. 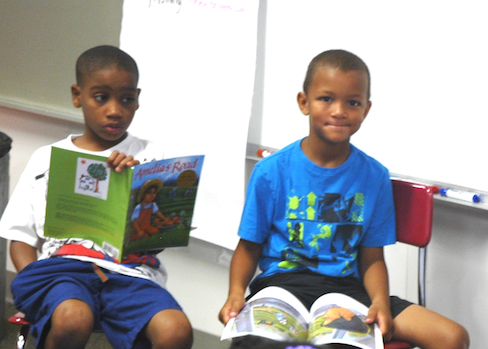 Another pilot activity that SPPN has begun this year includes implementing “wrap-around services” aimed at addressing the needs of children and their families to help them succeed. The “hub model,” which helps parents and families connect to resources, includes navigator staff in the schools, Schumacher said.

For instance, Maxfield elementary school has the Center for Culture, Families and Learning, run by the Cultural Wellness Center. “We’ve hired their staff to start building relationships with families,” Schumacher said. The staff there spend time meeting with families at work and at their homes. The hub has been at the school for a couple of years, Schumacher said.

Jackie Turner, the project lead for SPPS, said the wrap-round support includes a navigator who is physically housed in the school to help families access resources such as food shelves, clothing items, parenting classes, etc. to “get through those bureaucracies that are sometimes prohibitive,” she said.

A navigator is different from a social worker, Turner said, in that social workers are only allowed to work with the student, and don’t get involved with the families.

The last major component of SPPN is data sharing. According to Jennifer Franklin, SPPN has developed a shared data system for the Sprockets out-of-school-time network that marries school data with data from out-of-school time providers.

“The Sprockets database allows us to track outcomes and improvements and share referrals,” said Franklin. “A memorandum of agreement was reached and signed by the Saint Paul Public School Board and the Wilder Foundation allowing the sharing of the data. Currently the system is tracking data for more than 2,700 children and youth that have been entered into the system.” According to Schumacher, parents will not be allowed to log on to the database themselves.