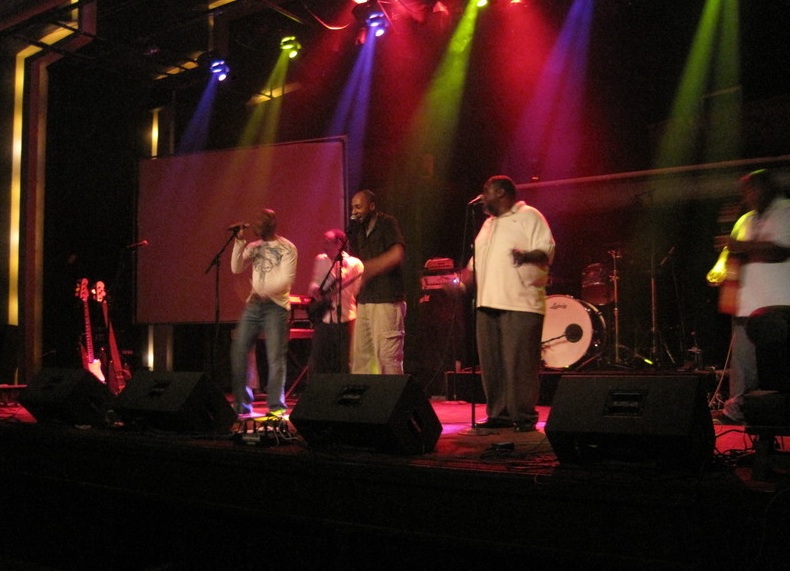 I was performing at The Fine Line a little awhile back and crossed paths with vocalist/prose-poet/composer/guitarist Frederick O’Neil Thomas, who handed me a review copy of Maintain Radio Silence and invited me to stick around for his set. Having deadlines to meet, I deferred. Bad move. Later, once I had a chance to listen to the disc, realized I probably missed one hell of a show.

Artfully produced with savvy and finesse by O’Neil and Greg Schutte the album is sharp and with smart marketing, Frederick O’Neil Thomas’ Maintain Radio Silence would make some serious noise. Think a cross between The Last Poets and Curtis Mayfield. This album isn’t just off the chain. It starts there and keeps getting better. In an exquisite outing, Frederick O’Neil Thomas, in wizened fashion, steps and struts, articulately signifies. “Sure Shot” is an insistent, party groove that, from jump, just won’t go away. It constantly returns to a simple enough refrain, “Let’s scream, let’s shout, let’s turn this function out/ Keep keepin’ on and you don’t stop/ Let’s make this party a sure shot” and that’s exactly what the jam does, laid back in the cut, tough as hard times. While you’re busy nodding along, just having fun, Thomas slips a message or two in. Without preaching in the least, he pulls fools’s coats with a wake up word or two about “Nowadays young guns wanna take this foolishness/ to the full extent they might get/ Blast off, put your mask on, gas on/ Live your life too fast and quickly pass on/ to never realize your true fullness.” Sidestepping any kind of soapbox, the lyrics are simply part of lifestyle and culture, segueing, the next verse, into more casual concerns. Like scoping out hotties on the dance floor sporting “hip-huggers [that] fit ya like a glove.”

The beauty of it is that never latches onto one hook, wearing it to death, which is the mark of so many pedestrian posers. He welcomes the opportunity to come up with an entirely fresh backdrop each time out. And has an eclectic music vocabulary. Heads-up: the instrumental “Fight Dance” is smart, so funk-nasty somebody need to open a window. “Moor Bounce” qualifies Thomas as a strong contender to the throne Gil Scott-Heron had abdicated, even before his death. An eerie sort of slave-chant (introed by a Flamenco guitar, sustained with a chorus of richly blended vocals), just part of the stark commentary chord it hits touches on the controversy of African American reparation. Not that you can make all of the words out. Which is why there should be a lyric sheet. This number alone would be worth the ink. Thomas also has a quiet, romantic side that comes across splendidly with the Reggae cut, “Do Watcha Do.” He sings with fluid grace, hitting raw-edged sensuality that’ll have guys who want to impress that certain gal sitting down taking notes. “New World Disorder” is innovative, a down-in-the-alley Chicago-blues fueled missive warning folk to get their act together and be ready for social change, echoing in passing Malcolm X’s famous remark regarding “the chickens coming to roost.” This guy, take it to the bank, is an original.

Frederick O’Neil Thomas’s Maintain Radio Silence is, bottom line, one of those recordings with which you can’t go wrong.