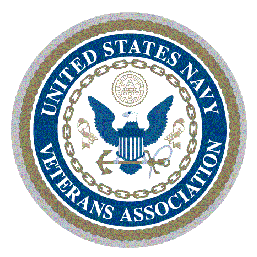 The U.S. Navy Veterans Association (USNVA), an organization that is under investigation in a half dozen states, raised $870,695 in Minnesota over the last four years, tax records show. The group’s leader, Bobby Thompson, is in hiding after the St. Petersburg Times reported that the group, which likely only consisted of Thompson, funneled money to Republican candidates across the country, including in Minnesota. Though the group lists hundreds of thousands of dollars in direct support to veterans, no veterans groups contacted by the Minnesota Independent had any knowledge of USNVA.

“He was actually financing a nationwide political operation through taking money from charitable contributions from Ohioans and others,” Ohio Attorney General Richard Cordray told reporters last week. “This appears to have been an elaborate, fraudulent organization trading outrageously on the names of our veterans.”

As the Minnesota Independent reported last week, USNVA’s Thompson and the group’s political action committee were responsible for $39,000 in donations to Minnesota Republican candidate and committees, including former Sen. Norm Coleman, Rep. Michele Bachmann and the Republican Party of Minnesota.

None of the candidates or committees have indicated that they have returned the group’s donations or donated them to charity. Bachmann’s campaign, however, says it has frozen the $10,000 it received from Thompson during an April fundraiser with Sarah Palin.

A glance at USNVA’s tax forms also raises some red flags. The group says it has raised more than $870,000 in Minnesota since 2006, even though the group has no physical presence in the state.

USNVA lists its address on tax forms as 1043 Grand Avenue, Suite 555. That address is a UPS store in St. Paul.

Despite the lack of an office, the group indicated on tax filings that it spent $24,966 on rent and utilities here over three years.

USNVA’s tax forms also listed the work it has done in the veterans’ community. USNVA says it spent a total of $463,470 in direct services to veterans, including $75,792 in food, $85,789 in shelter, and $94,486 in direct cash since 2006, serving a total of 4,636 people. It reports it provided counseling through “volunteer counselors” to 1,874 people and claimed it sent printed material on the “war on terror,” veterans benefits and other veterans news to 16,000 people in Minnesota.

Despite all that service, the Minnesota Independent could not verify a single instance where the group actually performed a service or donated to veterans.

There is no “St. Paul VA Vets Center,” operating in Minnesota, but there is a Veterans Resource Center run by the Veterans Administration in New Brighton, just north of St. Paul. A receptionist at that location had no knowledge of USNVA and couldn’t recall such a donation. The team leader for the center could not be reached by press time. The Pioneer Press noted in its report on Monday that the paper couldn’t verify the donation either.

The USNVA name isn’t familiar to other state veterans groups, either. Kathleen Vitalis is the executive director of Minnesota Assistance Council for Veterans (MACV), a group that works with thousands of veterans each year to assist them with housing and coordination of services for veterans throughout the state. “No, I have never heard of them,” she said.

MACV notes that the needs for veterans assistance groups are rising as troops come back from Iraq and Afghanistan. Vitalis says her group and others like it could definitely use more funds.

“And if anything is ‘recovered’ from [an investigation] and needs to be used for veterans in this state, I happen to know of a very legitimate Charities Review Council Certified nonprofit that would be glad to spend that funding and get it to our veterans.”

Anna Long, communications director for the Minnesota Department of Veteran Affairs, a state agency which works closely with veterans groups in the state and provides services to most of Minnesota’s 400,000 veterans, said her department had never heard of U.S. Navy Veterans Association.

Alex Plechash, head of the Upper Midwest chapter of the U.S. Naval Academy Alumni Association, likewise hadn’t heard of the group. “I know a lot of groups but not that one,” he told the Pioneer Press. “It’s an awfully generic-sounding name.”

At least six other states have taken action against the group: Virginia, Hawaii, Ohio, Missouri, Florida and New Mexico. Minnesota has yet to take any action, partially because the group ceased operations earlier this year.

As Karl Bremer notes at the liberal Dump Bachmann blog, USNVA canceled its registration with the state following investigations in other states.

According to paperwork filed with the state in May 2010, the organization “at no time possessed a reserve fund for potential legal liabilities.” It also noted, “the Chapter is confronting potential claims for dollar legal liabilities which, if actionalized in whole, would cause the chapter to be insolvent.”

That seems to square with early findings by the St. Petersburg Times. Shortly after the Florida paper began publishing its reports, the group’s founder went into hiding.