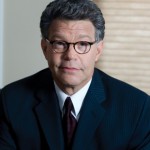 Earlier this month, Anthem Blue Cross Blue Shield of Maine raised eyebrows when it sued the state for refusing to grant an 18.5 percent premium hike on 12,000 individual policy holders – an increase that would have generated a 3 percent profit margin for the company. Instead, Maine’s insurance superintendent granted a 10.9 percent hike – effective last July – which nets the company no profit on those policies. Reportedly, the superintendent reasoned that Anthem, a subsidiary of Wellpoint Inc., had profited enough in recent years – and paid out enough huge executive pay packages – that it could afford to break even for 12 months while patients struggle in the down economy.

Yesterday, as the Senate Judiciary Committee was examining an antitrust exemption enjoyed by private insurers, Sen. Al Franken pointed to the Anthem lawsuit as yet another in a growing list of reasons for Congress to inject some additional competition into the ever-consolidating health insurance industry.

“I’m not aware of any industry that is entitled to any guaranteed margin of profit, are you?” Franken asked Christine Varney, assistant attorney general in the Justice Department’s antitrust division.

The Minnesota Democrat is supporting not only a proposal to repeal the industry’s antitrust exemptions, but also another to create a public insurance option to compete with private companies.

Statistics provide the basis for Franken’s concern. Wellpoint is by far the largest private insurer in Maine, representing 78 percent of the marketplace, according to a 2007 survey conducted by the American Medical Association. When Aetna plans are considered in the equation, only 12 percent of the state’s private insurance market is left under the control of other competitors.

Industry representatives say that high market concentration is no sign of depleted competition. University of Arkansas professor Lawrence Powell told lawmakers Wednesday that such concentration “is not necessarily by itself indicative of a lack of competition. It could also be a sign of efficiency.”

Powell, testifying before the Judiciary Committee on behalf of the Physician Insurers Association of America, maintained that if one company controlled 90 percent of a regional market, “then somebody else is controlling 10 percent. And there’s hundreds of other companies that could come in and take a share if they could do a better job.”

Yet there is also evidence that market dominance has allowed companies to hike prices without much fear of being low-balled by competitors, which hardly exist. In Maine, for example, individual insurance premiums jumped nearly 88 percent in the eight years between 2000 and 2007, according to a 2008 report from Families USA, a consumer health care group. Meanwhile, median earnings increased by less than 17 percent over that same span, Families found.

Returning to the topic of Anthem’s lawsuit against the state, Franken asked Varney whether market consolidation “has fostered this company’s, I guess, brazen behavior at the expense of beneficiaries’ pocketbooks.”

“When you don’t have to compete,” Varney replied, “you can get pretty big profit margins.”