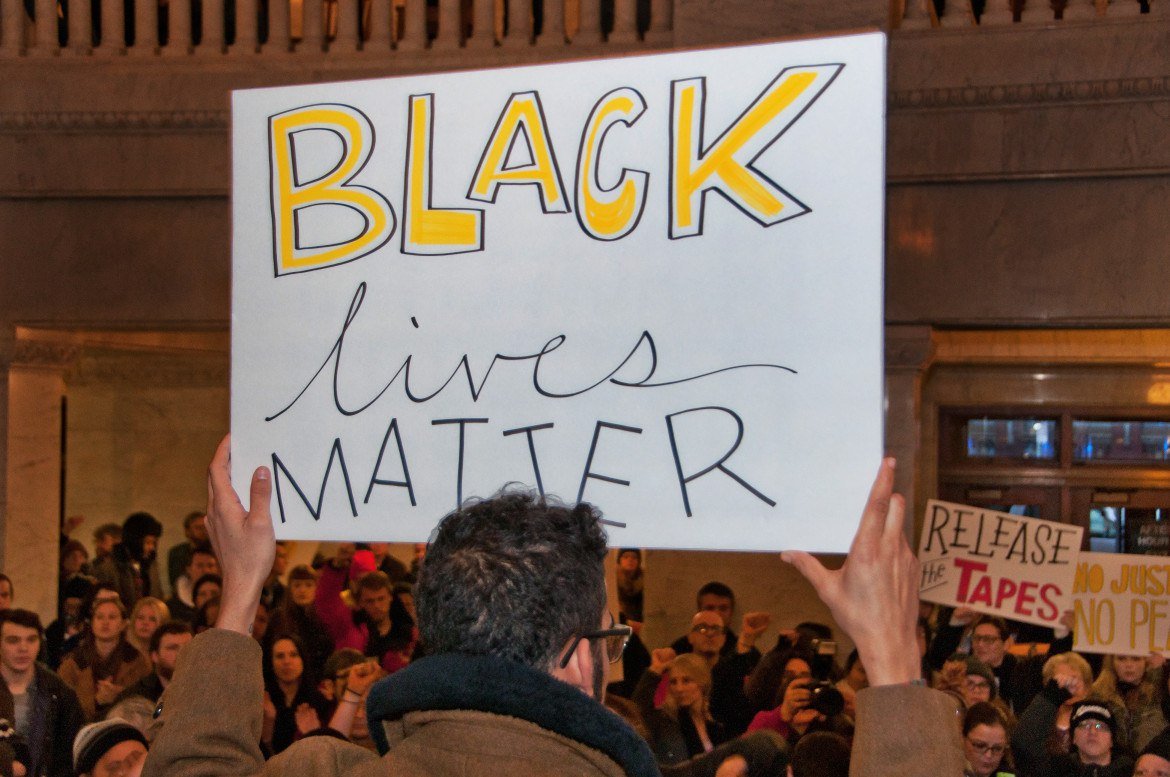 It’s been almost two weeks since police broke up the occupation around the Fourth Precinct police station in North Minneapolis. Without the stability of the encampment, it was hard to know what would happen next.

The Fourth Precinct protest is often presented as a standoff between law enforcement and a small segment of millennial blacks in North Minneapolis. There’s something of an unspoken agreement in the mainstream media that it’s the protesters on trial, not the police. With descriptors like ‘chaotic scene,’ and ‘shouting and taunting bystanders,’ protesters are presented as a frightening horde to readers. This misses the humanity and individuality of the people involved. Even more, it misses the cause, a structural inequality that’s on the mind of many across the country.

As supporters for Justice for Jamar and Black Lives Matter prepare to march again on City Hall on Dec. 19, I wanted to show just who are the protesters. All kinds of folks have been involved in the Fourth Precinct protest—folks from different neighborhoods, folks from different races, families, young people and the clergy have all participated. I caught up with folks at the #Justice4Jamar Eviction Rally to find out more about who they were and why they chose to be involved. In the following days, I connected with Black Lives Matter Minneapolis organizers. 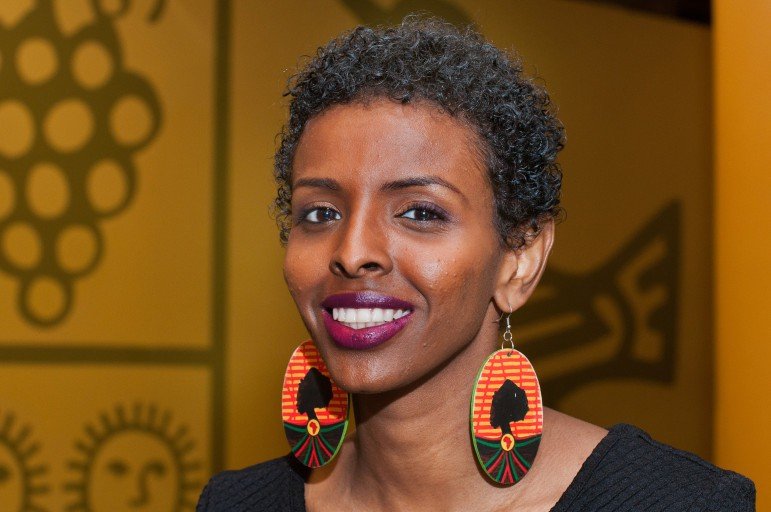 Were you at the Fourth Precinct protest and how did that go for you?

The occupation is really interesting to me, I’ve come to view it as a revenge of the ancestors. If you know that history of that space, the Fourth Precinct used to be a community center called the Way. It was this space of black revolutionary love, they were doing the work that we’re trying to do right now, trying to build a better world. And in the riots down Plymouth Avenue, it was burned down.

The City of Minneapolis responded by saying, ‘oh you guys must need safety, let’s put in this fortress,’ and that is now the Fourth Precinct. So I honestly feel like the ancestors were kind of speaking through us, a little bit, because the occupation made it a community space again.

People were just taking care of each other, and needs were being met by the community. Every day, I was struck by that.

So the community wants its big community center again and that’s another long-term goal, that we have, that we’re fighting for.

What are some of issues still surrounding the Jamar Clark protests?

[Last] Wednesday, the City of Minneapolis’ budget was being approved. At the very last minute—two hours before, the mayor put out a press release that council member Blong Yang of the fifth ward was requesting $605,000, over half a million dollars, for exterior and interior improvements of the Fourth Precinct, including landscaping. For it to feel welcoming to the community, and also for the safety of the police, which is absolutely ridiculous.

They wanted more than a half a million dollars, honestly, just to fortify the Fourth Precinct. If you go over there, there’s still barricades up there. There’s actually an action today, where they’re going to decorate the fences. This just shows you, how messed up the priorities are of our mayor, and the city council, of Blong Yang, to actually pursue that.

It’s not only a lack of priorities, it’s a legitimate investment in the very police department that killed an unarmed black man a month ago. That is salt in the wounds. Our mayor at least says that she wants a good relationship, and to build trust with the community, but she’s doing everything opposite to that. It doesn’t really make sense where Betsy Hodges is on this. 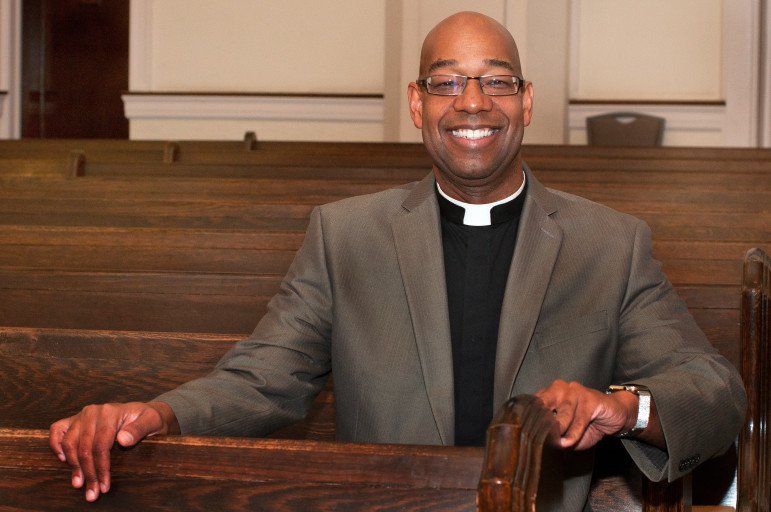 Can you tell me a little bit about where you live and who you are?

I came [to Minnesota] to be pastor of All God’s Children Metropolitan Community Church. I came over two years ago from Washington, D.C. Ministry was a second career for me. My first career was in politics. I was a congressional aide and speech writer.

As I went through seminary, my commitment to ministry was that I would not move to the places [where I would be] unaware of the reality of the most vulnerable people in my community.

Where you at the Fourth Precinct protests and how did they go for you?

I live two and a half blocks from the precinct. Even as this horrible thing happened to Jamar Clark—I saw the Black Lives Matter group was really going to be coming out in force, and I wanted to go out there and be a presence. A non-anxious presence—a listening ear. I was there that first night, and I can tell you—there was a lot of anger and frustration. I knew that there needed to be a faith presence there. And soon, several other clergy got the same idea, and so, we began to organize, and make sure that we were there in whatever way we could be.

Does the Black Lives Matter cause speak to you?

We have become so used to the marginalization of black lives and the black body, that nothing broke through. Black Lives Matter is an unapologetic advocacy in solidarity with the black body. That really appeals to me. I know that I am a privileged, educated man with some means, and I like being shaken from my own complacency. It really does shake me, in a way. It challenges me, and it convicts me.

Even if I don’t have answers, even in my own frustration at the conditions of my neighborhood, or at the neglect by city or by the state—I don’t want to close my eyes to what’s going on, and Black Lives Matter won’t let us do that. That challenges me to find ways to engage, find ways to confront myself, confront my congregation and confront the leaders and say change needs to happen.

Where do you see the movement going?

I understand that the mayor has a job to do, and she did what she felt was needed to get some control back and what the militia leaders and police department wanted to happen. But my biggest concern is the rush to get back to business as usual. I get a sense that from people all over the Metro area—who are no where near the scene of protest, that they want [protesters] to be quiet, and to just get back to it. But having the conditions on the ground as what they are is what got us here.

If we don’t find an intentional way to address the issues around African American men and our law enforcement, and in general the disparities that prevail in North Minneapolis—the benign neglect and looking the other way . . . it’s a recipe for failure. 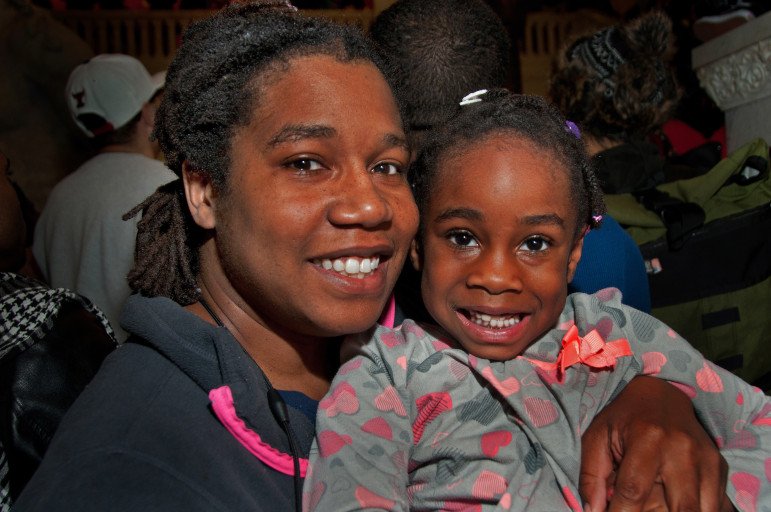 How did you become aware of the issues surrounding law enforcement and the black community?

What inspired you to bring your daughters out to the rally tonight?

I brought them because I want them to see how ‘people power’ works. They’re not white, they’re not in a socioeconomic bracket where they can [easily] make change, but I don’t want them to feel like that’s what’s going to hinder them. With a force of people behind them, [I want them to know] they can. 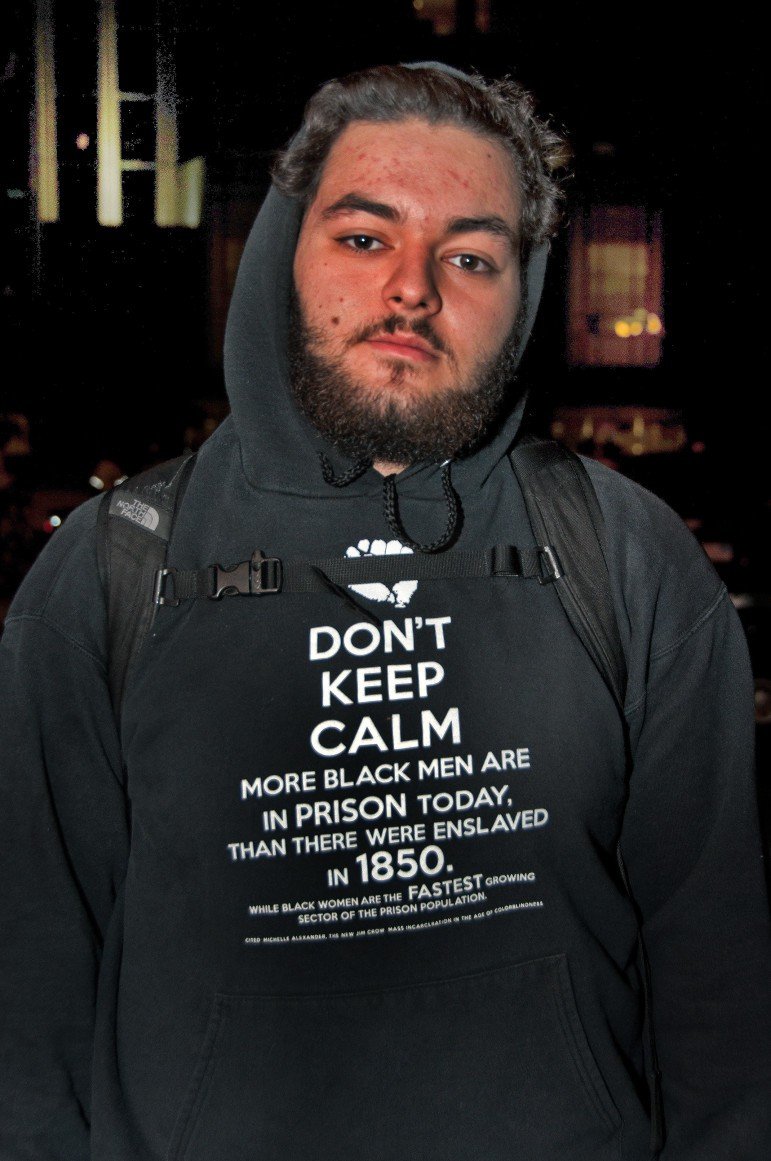 Have you been at the Fourth Precinct protests?

I was there 14 out the 18 days. I live four blocks away from the police precinct. I facilitate an after-school program called ‘Dare to Be Real,’ and it’s basically a conversation-based group at Minneapolis South High School. We get together once a week to talk about current issues and events, and identify, address, and try to eliminate racism in our student community. I guess it was just perfect timing that something [unjust] came within walking distance of my house. I’ve been there, trying to be there every single day.

My mother was a teacher at the Juvenile Detention Center, which is actually quite funny because I almost went there when I got arrested on Interstate 94, which is a whole [separate] story.

Does the Black Lives Matter cause speak to you?

I’m bi-racial. I’m Australian and Cambodian. I feel like the way circumstances of my life have played out, it’s been a calling for me to use my privilege to educate other white people about what’s going on, and about their privilege.

Have you faced any challenges at the Fourth Precinct?

I’d rather not get into too much detail because I don’t equate [my struggles] at all to being someone who is oppressed in a system of police brutality in America. I think that I am staying up late and getting maced and getting arrested. These are all things that unfortunately I get to experience as a protester for the advancement of people of color, but I’ll never experience it outside of that—at least I don’t think so. But people of color deal with it all the time. So I think that I don’t really want to speak too much on that. 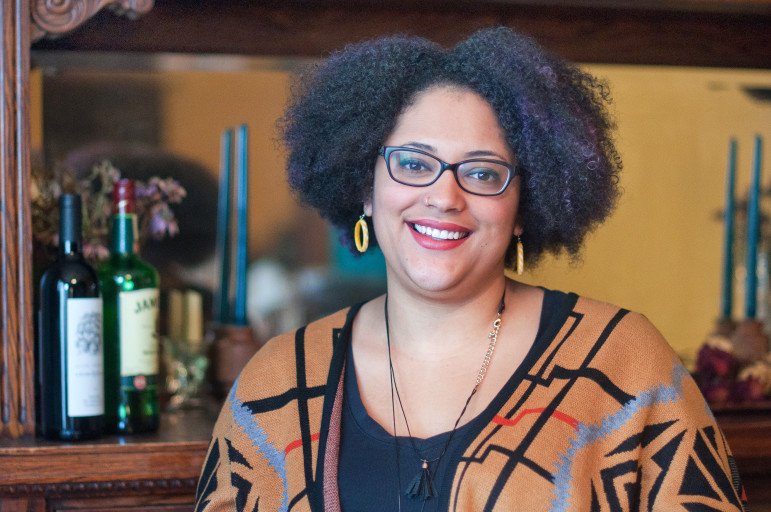 How did you become aware of the issues surrounding law enforcement and the black community?

Probably, like most black kids as a child. [When I was eight years old], I personally witnessed my dad being harassed by the police, being arrested, and being pulled over in front of my cheer leading practice. They were for whatever reason following him. He had some sort of parking violation, and for some reason, they thought that they had a warrant for his arrest.

They pulled up behind him as he was pulling to the side to pick me up me up from cheer leading practice, and ended up arresting him. So, the reality the police are not really here to protect, to protect my family, at least, was clear from that interaction.

Where do you see Black Lives Matter Minneapolis going next?

We’re going to really continue to build on our leadership capacity, and we’re going to be [hosting] monthly membership meetings [so] more people are able to engage and plug in. We’re also working with Neighborhoods Organizing for Change to shape a Black agenda, an original equity agenda and [we will] continue to call on the governor to push it through in a special session.