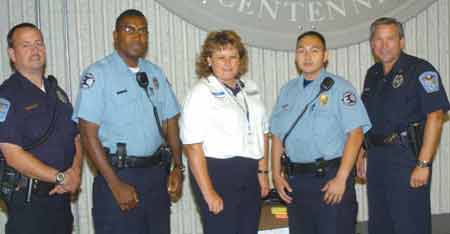 Suburban law enforcement officials listened to the concerns of ethnic community leaders at an August 26 forum in Brookllyn Center.

The Asian Americans and Pacific Islanders in Hennepin County Forum, held on August 26 at the Brooklyn Center Community Center drew a somewhat disappointing number of people. However, around 30 local leaders were present to discuss issues and produce informal recommendations for local police and government.

Ilean Her, executive director, State Council on Asian Pacific Minnesotans, said the purpose of the forum was to bring the community with the cities of Brooklyn Park, Brooklyn Center, and Hennepin County, to let them hear the needs and wants so that these governments can be responsive.

“They know the cities are more diverse and want to get information across to the communities,” said Her. “Sometimes we have to ask first before there is a response. They want to do good things, but that is only based on what they know. It is important to let them know your concerns and how you feel.”

The two cities have been home to Asian immigrant communities for several years, and now the population is more than 30 percent people of color. The cities’ government and services do not yet mirror this new change, and have established the Hennepin County Office of Multicultural Services, in partnership with the Brooklyn Center and Brooklyn Park Police Departments to move in that direction.

Ilean Her and Singaporean Council member Vinodh Kutty put together an API initiative for Hennepin County that has met with Lao, Karen (an ethnic group of Burma) communities, and this is the third pan-Asian forum with the cities. They presented a draft of the Council’s, “Asian and Pacific Islanders in Hennepin County Report: This is where we are and this is where we are going.”

“The report is very helpful in educating the county commissioners,” said Kutty, who said without the ‘between-the-lines’ explanation of data disparities and where the special needs exist, many leaders would still possess the “Asian model-minority myth.”

The report illustrated the diversity of the API community in the areas of population size, income levels, educational attainment, school enrollment and dropout rates, workforce distribution, and youth within the criminal justice system. The report also outlined policy implications by showing where city, county and state governments have relied on aggregated data that has not clearly shown sub-group community needs.

Her said the community must be informed and must be at the table. “It is an opportunity for the community to do something and work with one another,” she said.

“…The fear is that government is not going to be responsive, even if we ask,” said Her, who believes that a true partnership starts a process, and not to begin with expectations of an all or nothing objective, that so often ends in failure.

Khao Insixiengmay, executive director, Lao America, said the meeting was useful to dialogue with the police chief. He said the exchange ensured that trust can be built.

The Joint Community Police Partnership was formed over a year ago as a collaboration of Brooklyn Park and Brooklyn Center Police Departments, Northwest Hennepin Human Services Council, Hennepin County Office of Multi-Cultural Services.

The JCPP formed a 15-member community volunteer appointed Multicultural Advisory Committee, comprised of at least two members from each of the eight major ethnic minority groups in the county.

The committee came up with the concept of a New Americans Academy that will run from Sept. 13 through Oct. 18 on Wednesday evenings at the Zanewood Recreation Center in Brooklyn Center. New Americans can learn the role of police and related community services, and high priority crime prevention information.

The committee recommended the creation a video on the same issues that will air on TPT 17 on October 17. It will also be used in community forums. Future videos will be translated into Hmong and Spanish.

A third committee recommendation led to the creation of a police cadet program for new Americans to serve in a community service role. The program pays for their schooling in criminal justice. The cadets are given a conditional offer to make it onto the force. Once they complete an Associates degree, they can test for their certification.

Brooklyn Center cadets Todd Nagbe of the Liberian community, and Kou Moua of the Hmong community were present at the meeting. The two serve to build bridges between the police, parents, youth and families by attending community events and explaining the programs and public safety information. Their presence means that youth and community see a familiar face from the community, and they speak the language and know the culture to help in building trust.

“I have wanted to be a police officer ever since I was in high school,” said Kou Moua, who started the program in July. “I want to help the community.”

Todd Nagbe was studying to be a policeman in Liberia and when he came to America in 1997. He worked for a time as a medical technician, but jumped at the opportunity to become a police officer. He said the Liberian police force is structured much like the American police system, as is the government. The difference, he said, is that the Liberian police are very corrupt.

Rebecca Martinson, community liaison for Brooklyn Park Police Department, said their cadet recently resigned from the program and they are about to conduct a search for new half-time cadet to “bridge the gap” between the schools, community and police.

“We need to pull people together and get information that might help with police/community relations,” said Martinson, who wants to dispel the fear that comes from not knowing or misunderstanding people.

There are currently 45 police officers in the Brooklyn Center Police Department. They have translation phones and are handing out yellow cards for non-English speaking people to let officers know that they require an interpreter when stopped.

“Our mission is to work in collaboration with the community to reduce crime and improve the quality of life for all communities,” said Brooklyn Center Police Chief Scott Bechthold. “This is a great way to reach out and make partners.”

Bechthold said the main objective is to improve competency in dealing with new Americans in community, and the other part is improving outreach to newer diverse populations in Liberian and Southeast Asian and Hispanic populations.

“It is all of our responsibilities to make more livable communities,” he added.

There was concern that established families are taking a neighborhood ownership stance with regard to new immigrant and minority families. They said there needs to be education to new families of current residents concerns, but also similar awareness to residents about their new neighbors.