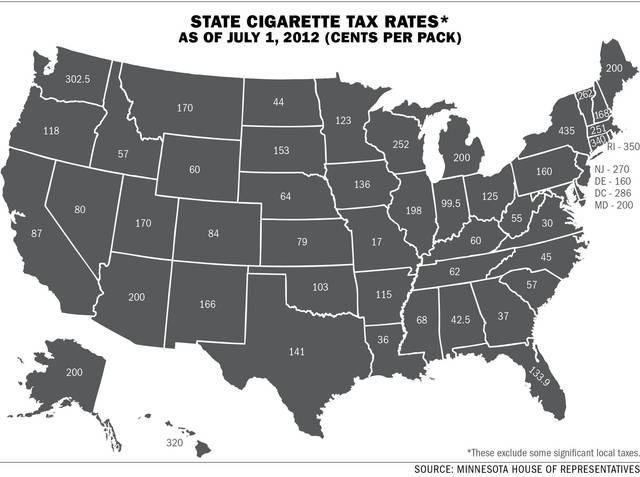 Abraham Elsayed is worried about the upcoming cigarette tax increase.

The new tobacco tax signed into law last month will raise the tax on a pack of cigarettes by $1.60 starting July 1, and Elsayed, who owns Royal Cigar and Tobacco in Dinkytown, gets a lot of his business from cigarette sales.

Anti-smoking groups say the tax increase will encourage nearly 37,000 Minnesota smokers to quit, and Elsayed said customers have been telling him they’ll give up smoking come July.

“People are going to go

The new tax also comes at a time when University of Minnesota officials are working to establish a smoke-free campus.

With the 130 percent tax increase less than two weeks away, smokers are buying in bulk.

The ‘next big market’

While cigarette sales may start to decline, the sale of electronic cigarettes has been on the rise in recent years, Hussein said.

The GfK MRI Survey of the American Consumer found Millennials made up 44 percent of smokers who used e-cigarettes.

Because of the growing demand for the smokeless alternative, Smokedale is in the process of developing its own brand of e-cigarettes.

Along with his usual pack of cigarettes, Smokedale customer Joe Thomas bought e-cigarette cartridges, which he says helps him quit smoking.

“I’m trying to supplement with e-cigarettes,” he said. “You feel like you’re smoking.”

“I believe it’s going to be the next big market,” Hussein said.