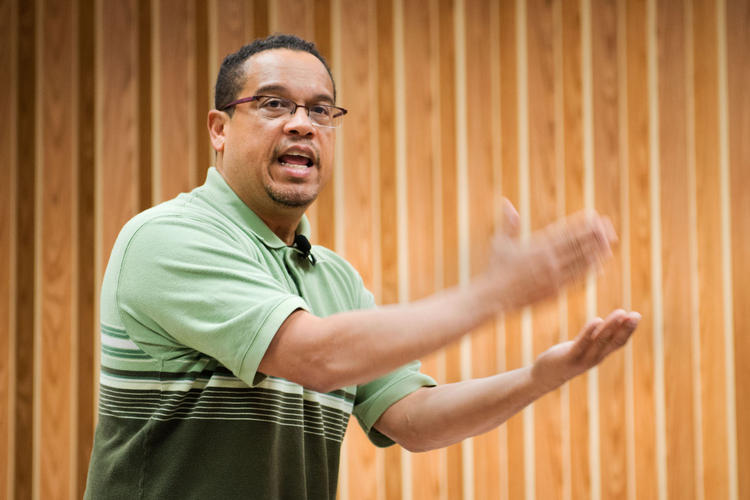 What Minnesota’s 5th Congressional District lacks in size, it makes up for in diversity.

The district’s urban livelihood extends over the University of Minnesota into eastern Hennepin County and parts of Ramsey and Anoka counties — covering constituents of various races, economic levels, religions and backgrounds.

The two men are battling for the seat Ellison won in 2006. 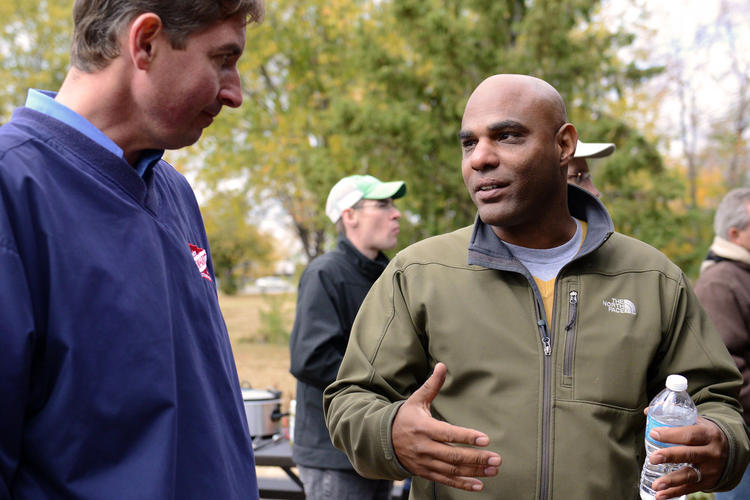 Matthew Novak, math junior and vice president for the University College Republicans, said because the University is “at the heart of Minneapolis” and there’s a wide range of people, “5 is a very diverse district.”

Novak lives near the University and votes in the district.

“Representation from the 5th District has been really progressive in the past,” said Humphrey School of Public Affairs professor Larry
Jacobs .

“The key with District 5 is the composition of the district,” he said.

The 5th is a traditionally left-leaning district. According to the Cook Partisan Voting Index, the district has a rating of D+23 , meaning on average, the district votes heavily Democratic.

But Republican Fields is hoping voters give him a fair look.

“I think sometimes the name Republican gets a negative stereotype around here,” Fields said. “It’s time we get past that and judge people on their merit, not whether they are red or blue.”

“People living here have different concerns than people living in a rural area,” Trentman said. “The representative needs to be someone who can address those city-specific concerns.”

Ellison, raised Catholic in Detroit, earned a bachelor’s degree in economics from Wayne State University . He converted to Islam when he was 19.

After completing his undergraduate studies, Ellison enrolled at the University of Minnesota Law School, where his interest with political activism grew.

“I didn’t like what I was seeing, so I decided to be the person to make the change,” Ellison said.

As director of the Legal Rights Center in Minneapolis, Ellison made regular trips to the state Capitol where he networked with the late Sen. Paul Wellstone.

Ellison said he credits the former Minnesota senator for his jump into the political arena.

After two terms in the Minnesota state Legislature, the Democratic-Farmer-Labor party endorsed Ellison as the candidate for the 5th Congressional District. He won the seat over Republican Alan Fine.

“Ellison really is a rising star,” Jacobs said. “There is no one in Washington doing some of the things he is
doing.”

Ellison is seeking re-election against Fields for his fourth term in Congress.

“The difference between us is east and west, day and night,” Ellison said.

Born in New York City in the South Bronx area , Fields enlisted in the U.S. Marine Corps after high school and served for 21 years — 11 of which were spent overseas, including two combat tours in Iraq.

While in the Marines, Fields graduated college with a bachelor’s degree in business from Park University and earned his commission as a Marine Corps officer.

Fields said the best way to further his service to his country is by running for
office.

“I’d be watching what was being done in Washington, and some things just weren’t right,” Fields said. “I didn’t like how people were losing trust in the system.”

“I decided something needed to be done,” he said.

Fields retired from the Marines in August 2011 and admits he hasn’t spent his life preparing for a political office.

“I’ve got life experiences to make up for it,” Fields said.

Novak said Fields is a “very charismatic guy who knows what he believes in.”

“He’s got strong convictions and knows what needs to get done for the district,” Novak said.

He said Ellison is interested in “putting himself in a bigger spotlight.” 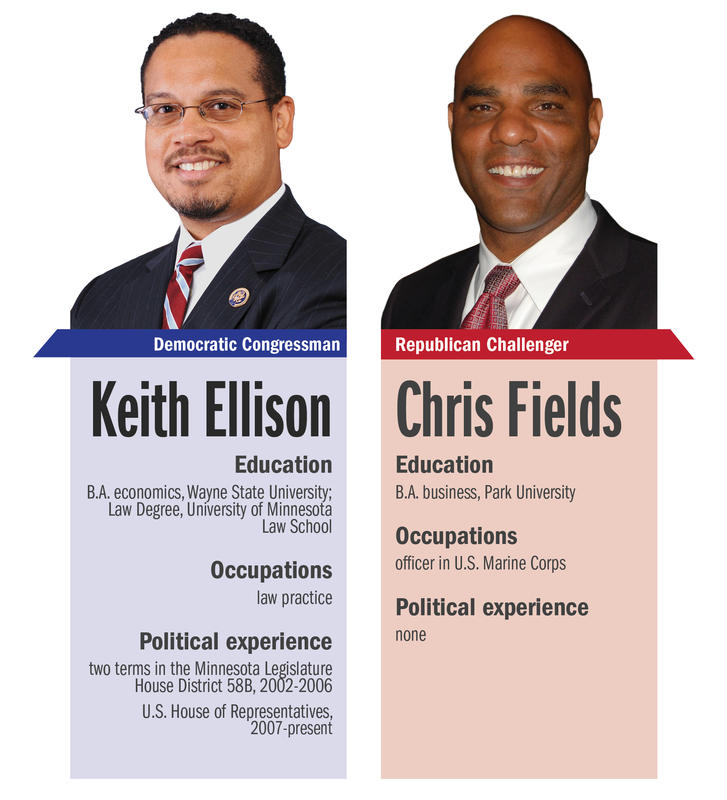 Both fathers of college-age children, the candidates find common ground on improving life for the 5th District’s young people.

“Every parent’s dream is to see their kids enjoy the same dream, if not better than them,” Ellison said.

Political science and religious studies sophomore Laura Pratt said because the area is “home to multiple college campuses,” the representation should reflect the needs of students.

“Pell Grants, student loans and expanding college affordability are very important topics for me as a student,” Pratt said.

“I certainly would not be here without their help, and I know I’m far from alone on that,” she said.

For Novak, the top issue is the economy.

“There needs to be opportunities here for us to find jobs once we are done here at the U,” he said.

College tuition is also “up there on the list of issues” Novak is concerned about.

Ellison said he has a track record of being there for students.

“Let’s look here and see who has fought for students since the beginning,” Ellison said. “Does my opponent plan on turning water into wine? How do we know he is going to do what he says?”

Fields said he wants to steer the focus to stabilizing the cost of tuition instead of on reconstructing the various student grants and loans.

Growing up in poverty, Fields said he can relate to students who struggle paying for school.

He plans to “bridge the gap between whites and blacks, employed and unemployed” by putting funds back into the community, he said.

“We can’t just put duct-tape on this poor economy and hope it’s fixed and move on,” Fields said. “It takes someone rolling up his sleeves and getting things done.”

Both candidates agree the district’s constituents want a representative that paves the way for innovation, research and city reconstruction.

“Some of my concerns aren’t even on campus,” Trentman said. “I’d like to see north Minneapolis turn around.”

Pratt agreed home foreclosures, specifically in north Minneapolis, are an issue on her radar.

Topics like college affordability, unemployment and the voter ID and marriage amendments will be discussed Thursday at Fields’ and Ellison’s second debate.

Listeners will get a better sense of what “really matters” when they go out to vote, Ellison said.