I served Bruce as his last district director, looking after things in Minnesota’s Fourth Congressional District. In those three and a half years, I learned a great deal from Bruce as well as a great deal about him.

Mesothelioma is an especially cruel cancer, caused by asbestos exposure. The asbestos mineral fibers, inhaled, can pass through the lungs, lodging in the pleura, the lung’s outer lining. The trapped fibers basically fester, causing the mesothelioma cancer decades after exposure, with almost no warning. Death quickly follows diagnosis. In Bruce’s case, it was about nine months. 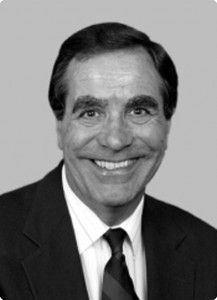 Before election to public office, Bruce taught junior high school science. His passion for education’s transformative power to improve kids’ lives sustained him in the classroom and in the Congress. When so many conservative public policy advocates, educated in Minnesota’s strong public schools, waste little time pulling opportunity’s ladder up behind them, Bruce Vento relentlessly worked to build a better, stronger, taller ladder.

In the final months of his life, the St. Paul Schools honored him by renaming the former East Consolidated Elementary School as Bruce F. Vento Elementary School. The dedication ceremony was his last public appearance. And, to Bruce’s delight, it was a typically enthusiastic, slightly messy affair as only a school full of elementary-age students can provide.

I didn’t think he was going to make it through the ceremony. But, he did. Afterward, everyone wanted to talk to him and touch him, not understanding that every touch produced pain. I kept trying to hustle him out, preserving his strength, but Bruce talked to everyone. A group of sixth grade boys appointed themselves his departure guides. I wanted to shoo them away but Bruce wouldn’t hear it. They walked him out, holding his arms.

People and education were everything to Bruce. He would’ve been angered by the last ten years of conservative policy gutting school funding and bashing teachers. But, and this is key, he would’ve quietly and not so quietly worked to change it. Guided by Bruce’s memory, let’s do just that.