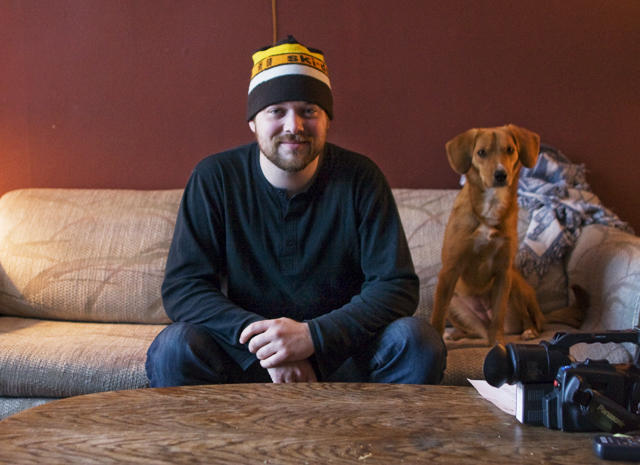 Interior renovations are giving one University-area apartment building “sexy, spa-like bathrooms,” built-in iPod docks and flat-screen TVs, but some longtime residents are making noise as they lose the battle over the fate of their 120-year-old apartment building.

Residents say the 33-unit Florence Court apartments at University Avenue Southeast and 10th Avenue Southeast need renovation. But many disagree that rebranding it FloCo Fusion and giving it an upbeat, chic attitude is the answer.

Matthew Olson, an eight-year resident at Florence Court, said the IKEA amenities and chic red cabinetry are at odds with the culture of the historically protected apartment building, one of the oldest in the Midwest.

That protection, however, covers only the brick exterior, not the units within.

“What’s currently offending us is not [property owner Clark Gassen’s] plans directly,” Olson said. “He’s fully within his rights to give his property a cheap face-lift and trick some college students’ rich parents into footing the bill for overpriced dorms … It would be nice to see the apartment redone with a nod to the historical significance of the place and the look, the way the exterior is being protected.”

Property manager Brad Roberts contended that the renovations will be tasteful.

“We’re restoring the old craftsmanship of the old door frames and the fireplaces,” Roberts said. “We’re keeping the integrity of the whole property and upgrading it – we’re trying to keep it traditional.”

He pegged a deteriorating interior as the reason for the renovations. He added that the city of Minneapolis’ Heritage Preservation Commission guidelines – like maintaining the brick exterior and the door frames – are being met.

Gassen declined to be interviewed for this story. John Stephenson, one of Gassen’s business associates, spoke on his behalf.

“Everyone doesn’t like change,” he said. “I understand the resistance, but there are some things you just can’t fix.”

Residents have stymied Gassen’s past moves to modernize and renovate Florence Court. Their cloak-and-dagger feud came to a head in 2008 when Gassen unsuccessfully attempted to demolish five ramshackle adjacent houses to construct modern housing.

With outspoken lobbying, the residents won historic status for the apartment building and several adjacent houses. The move halted the construction.

“Compared to two years ago, it does feel hopeless. I feel [the renovations] are inevitable,” Dombrovske said. “There’s no way to stop the process from going, but there’s also no way any of us would want to live here anymore, and I think that’s the real tragedy.”

The tenants have their grievances: construction on the apartments will take place seven days a week, little notice for inspections will be given by planners, and some fear they’ll be moved out early so contractors can renovate their units.

Only a handful of the units have been renovated, but FloCo Fusion is advertising that all 33 will be ready to rent by the 2010 rental year, though current tenant leases end in August.

“We didn’t hear any answers to questions like, ‘What if I want to stay here, where do I have to go during the remodeling process?'” Shawley said.

She says Gassen intends to kick out the crowd of artists and musicians who can afford only modest rent.

Although property manager Brad Roberts said the projected rental prices have yet to be determined, Shawley said that after the renovations, her rent will double from $750 to more than $1,300 per month.

Dombrovske said the projected cost of the new apartments will force her out of the building and will attract “trust fund” tenants from the University.

Stephenson said the apartments were aimed at undergrads, graduate students and young professionals, but he maintained that the pricing was fair.

“We think we’re pricing fairly and even under-pricing for apartments with the amenities we have,” he said. “I mean, there’s free parking, free cable, free heat. Who has free heat? We’ve been getting hits off the roof. To me, the number of interested students shows that we’re doing something right.”

Shawley said when she came back after winter break, concrete had been poured over the original cobblestone driveway and an old sign with the building’s historic name on it was replaced with a sign displaying the apartment’s new name.

“It’s awful, it’s so corny and disgusting,” she said. “There’s a difference between restoring a building and completely redoing it in a way that doesn’t make sense. There’s so much beauty and history in the custom-crafted woodworking and the hinges on the double doors. It’s beautiful, and he’s taking it away.”

Nick Bochek spent six years as a resident and caretaker at Florence Court. He said he moved out from the only place he could really call home because he was “upset” by the extensive renovations.

“It’s important to keep places like Florence Court preserved, which have a lot of history and a strong community within the city,” he said. “It had a rich history, and when that history gets thrown out the door, it’s a concern.”

Despite tenant angst, the renovation will go on, and – according to some tenants – a small niche community in Marcy-Holmes will disappear.

University student Emily Maple said the eclectic community at Florence Court is what first attracted her to the site.

Now, as she looks for a new house, she said “it’ll be hard to find that same community.”

A sign outside the apartment parking lot is an appeal to future tenants, but for some current residents, it speaks an unfortunate truth.

“If apartments were dates, these would be out of your league,” it reads.

“I just know that [the new tenants] are not going to be the kind of people that I want to sit and talk to on my porch,” Dombrovske said. “I don’t think I’ll be out on the porch, having a beer with a bunch of underage kids. I wouldn’t even be able to afford it, so it’s a moot point.”