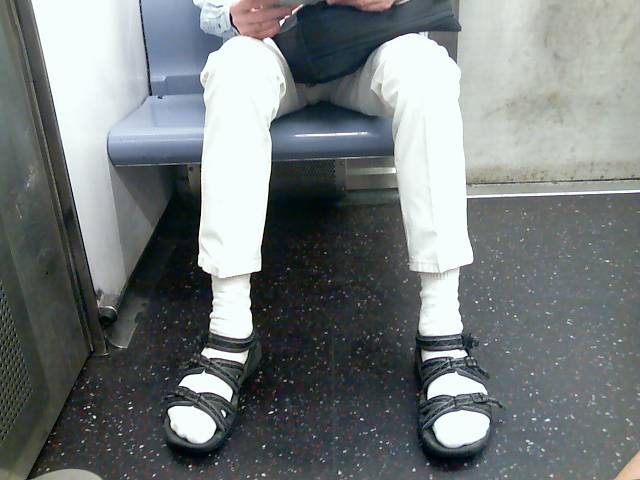 I know you’re not supposed to judge a book by its cover, but my friend swears she can tell everything she needs to know about a guy just by looking at him. Do you agree? What should I look for when sizing a guy up at a bar?

I think you’re both right! You can tell a lot (I wouldn’t say everything) by looking at a guy—but I think it takes more than just looking at him to know what he’s like. Your comment that you’re not supposed to judge a book by its cover…well, you can pick up more about someone by watching them for a couple minutes than by their overall appearance. While their appearance helps you figure them out a little bit, there’s more to it than this.

What you look for when sizing up a guy at a bar really boils down to individual taste. For example, I might look for somebody close to my height, earthy, wild-looking, maybe leaning toward grungy, where another might like tall, clean-cut, hipster-looking…whatever, it doesn’t matter. What does matter is that his appearance looks pretty good to you. But I wouldn’t judge him on the clothes he wears, unless it’s appallingly disconcerting to you. However, shoes are telling. People who take care of themselves generally wear good, comfortable shoes. People who care about how they appear in the world tend to wear nice and fashionable—or at least clean and reasonable—shoes for the occasion. If the shoes are funky, with wild colors, you can suss he likes attention or is a little flamboyant and fun. If it’s sandals or athletic shoes, he’s on the go. And so on.

As for the rest? Sizing a guy up is, to me, about getting a vibe I can’t put my finger on, other than to say friendly, approachable, and good-humored. Good eye contact and a nice open smile, for starters. Is he focused or does he seem distracted? Is he clear-eyed or do his eyes seem murky? (Of course, he could have been looking at a computer screen all day, or be tired, or a daydreamer.) Everything you think must be taken with a grain of salt. It’s just one snapshot—he could appear entirely different to you next week. Once you’re interested, you’ll want to see this person in various environments and situations to know more.

Generally speaking, it’s all about what feels good to you. And just watching and feeling the vibe around him is a good idea before you talk to him, because there’s so much you can learn via body language. Does he act in a way you enjoy, or does he seem too loud, or arrogant or ignorant of what’s going on around him? I like people who seem gregarious, social, and warm. But some of those who seem withdrawn are just fine too. Although I would say be careful about winding up with someone who is significantly more introverted or extroverted than you are, because this can be problematic in a relationship. Look for someone who feels to you like someone you can relate to, and then strike up a conversation. But be aware that everyone is multi-faceted. So you can’t just judge a book by its cover, but you can learn a lot from first impressions.

Photo by Irene Kaoru (Creative Commons). To see who this footwear belongs to, click here.