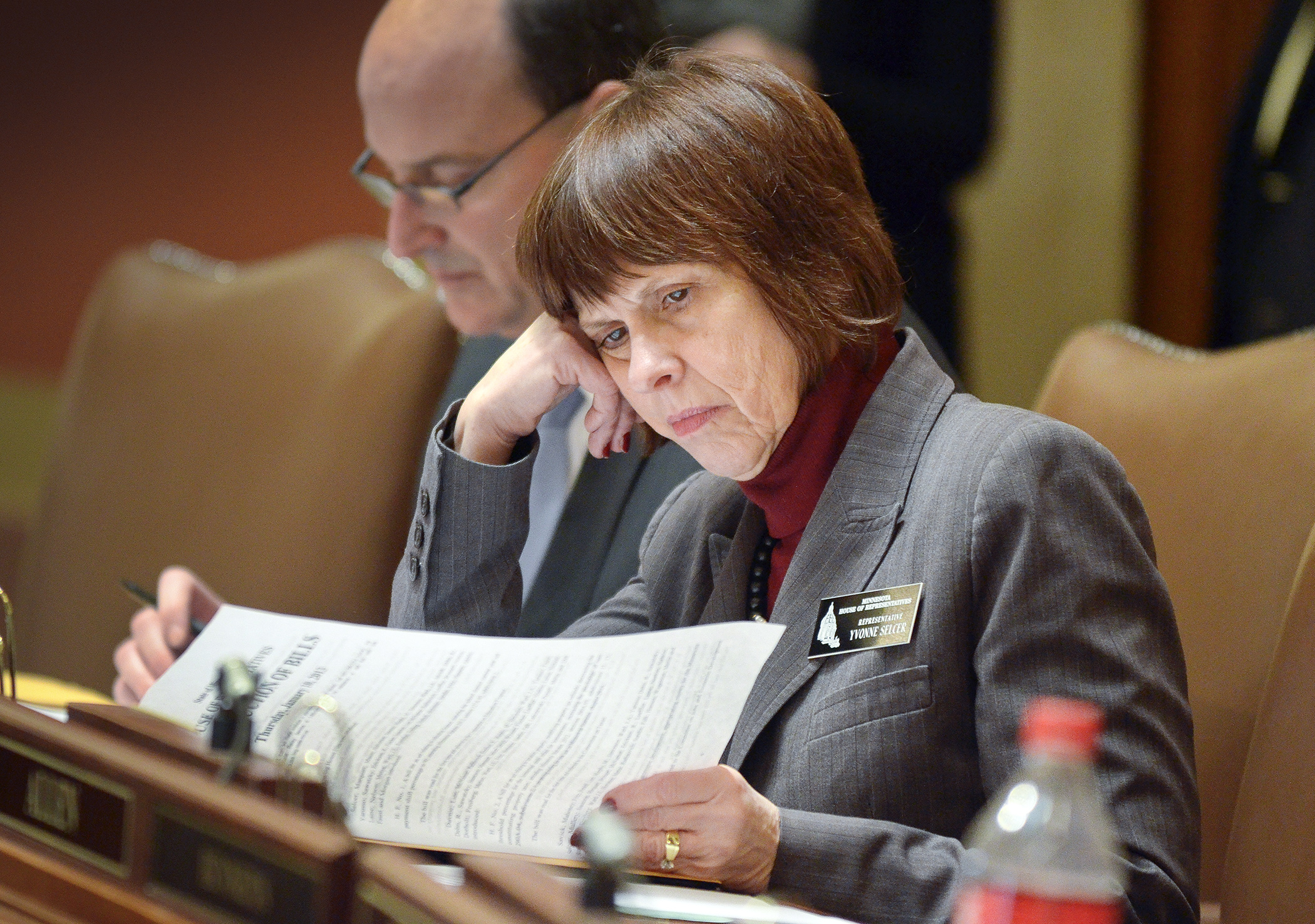 Legislators in the newly DFL-controlled House have introduced the session’s first bills, starting with a proposal to repay a chunk of the money that state lawmakers borrowed from Minnesota schools to balance the current budget.

The biennium’s first bill, which often highlights a priority of the majority party, would give schools about $550 million in funding that was delayed by lawmakers in an accounting shift. The payment would represent about half of the $1.1 billion in shifted aid that schools are still owed.

“The DFL Caucus has committed to paying back that shift, making schools whole financially,” said Rep. Yvonne Selcer (DFL-Minnetonka), a first-term legislator and the bill’s sponsor. Selcer, a former teacher and longtime Hopkins School Board member, said that she and many of her DFL colleagues campaigned on that promise. HF1, she said, is “a firm down payment on our commitment.”

It’s unclear how the Legislature would fund the bill. Lawmakers will have a better sense of the options after February’s updated state economic forecast, Selcer said.

The bill is “a good start,” said Rep. Kelby Woodard (R-Belle Plaine), Republican lead on the House Education Finance Committee. “We should pay the entire shift back right now.”

Last year, the Republican-controlled Legislature passed a bill that would have paid back some of the borrowed school funds by tapping into state budget reserves. But DFL leaders objected to using those reserves, and Gov. Mark Dayton vetoed the bill.

Woodard sponsors HF53, which would make it harder for the Legislature to repeat that kind of school borrowing, requiring approval by a three-fifths majority in the House and Senate.

House members introduced 54 bills on Thursday, including several that appeared to have strong DFL support. Among them: