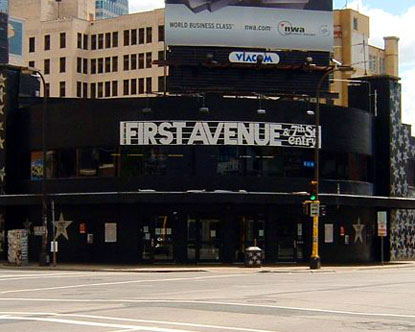 Minneapolis’ First Avenue night club is urging its supporters to oppose a proposed merger between Live Nation, one of the nation’s largest promotions companies, and Ticketmaster the nation’s largest ticket seller. The United Kingdom approved the merger last week prompting venues and consumer groups to ramp up efforts to urge the Department of Justice to reject the merger on anti-trust grounds.

“In the last 12 years, since Live Nation and its predecessor started its widespread take over of the concert industry, concert ticket [prices] have shot up 82 percent while the consumer price index has gone up just 17 percent,” read an email sent to First Avenue supporters on Monday. “We are concerned that if the two concert industry behemoths, Live Nation and Ticketmaster, were permitted to merge, the variety and quality of artists coming to local venues would be affected, and your prices could rise further and faster.”

Ticketmaster and Live Nation say the merger will have the opposite effect.

“If our plan happens … it can, should and will result in lower ticket prices in the primary market,” Ticketmaster CEO Irving Azoff told the Los Angeles Times. “If that plan fails to come to pass, artists, consumers and the industry will not be the better for it.”

But when questioned by Sen. Amy Klobuchar in a Senate hearing on the merger in February, Azoff conceded that past mergers hadn’t brought ticket prices down.

“Have past acquisitions that you’ve made brought tickets down, because the numbers I look at show tickets going up?” Klobuchar asked.

“No, tickets have been going up,” he replied.

Klobuchar has been skeptical of the merger.

“[Minnesotans] particularly like to listen to live music, whether it’s at larger venues, like the Xcel Energy Center in St. Paul or at small music venues, such as the Minneapolis club ‘First Avenue,'” Klobuchar said in February. “Consumers deserve to know how the proposed merger between Ticketmaster and Live Nation will affect them.”

The American Antitrust Institute, Consumer Action, Consumer Federation of America, the National Association of Ticket Brokers, the National Consumers League and the U.S. Public Interest Research Group (USPIRG) have launched a new website called TicketDisaster as a clearinghouse for opposition to the merger.

Consumer groups say the Ticketmaster/Live Nation merger will create an entity that will have impact in every segment of the concert business.

“This merger would allow the merged entity to determine the prices of access to venues, concert promotion, ticketing, and other services – permitting a single firm to dominate virtually all aspects of the live event market in most cities across the country,” a statement at TicketDisaster says.

In June, 50 members of the U.S. House have sent a letter to the Department of Justice opposing the merger. First Avenue is also urging its customers to contact DoJ to reject the proposal.

“The government needs to hear from music fans now,” read the email from the nightclub. “Tell the Department of Justice that you’re against these monopolies amassing illegal power over consumers, before it’s too late.”