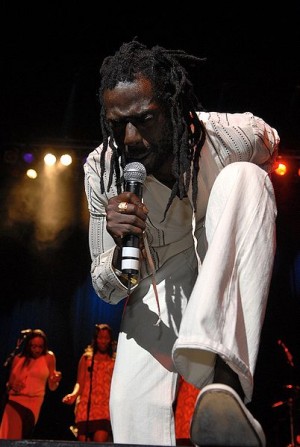 Minneapolis’ First Avenue appears to have canceled an Oct. 4 concert by controversial Jamaican reggae artist Buju Banton after the Minnesota Independent inquired about the appearance. Banton, whose lyrics have advocated killing gay men — both with submachine guns and by pouring acid on them — has had a handful of shows canceled by venues after pressure from the public.

“Two man a hug up on an’ kiss up on an’ lay down inna bed, hug up on another anna rub dung leg,” Banton sings in Boom Boom Bye. “Send fi di matic an’ di Uzi instead. Shoot di batty boy come if we shot dem.”

The song extols woman as the “prettiest thing God ever put on di land,” then includes this threat to gay men who might approach Banton: “Guy come near we, then his skin must peel. Burn him up bad like an old tire wheel.”

But controversy surrounding Banton extends beyond his lyrics. In 2004, he was investigated over the beatings of six gay men in Jamaica’s capital city of Kingston; he was acquitted in 2006 for lack of evidence. Human rights activists pointed out at the time that Jamaican authorities tend not to handle such cases aggressively.

“There is a pattern of police indifference to attacks on gay men in Jamaica that goes far beyond what Buju Banton is alleged to have done in this case,” Rebecca Schleiser of Human Rights Watch told The Guardian in 2004, months before Banton’s trial. “Neither his fame nor the stigma attached to the victims should stand in the way of a full, fair and complete police investigation.”

As of Tuesday morning, First Avenue had the show listed on its calendar. The Minnesota Independent wrote to the promotions and marketing departments early Tuesday afternoon asking if the club had faced any pressure for booking the show and what policies they have on hosting controversial acts.

The club didn’t respond to those requests, but by Tuesday evening, the event had been removed from the club’s website and the show’s Ticketmaster page listed the show as canceled.

First Avenue didn’t return a request for information about the cancellation. First Avenue’s cancellation adds to a growing list: Last week, promoters AEG and Live Nation canceled six of his shows due to outrage from LGBT groups in Chicago and Los Angeles.

“I hope this victory sends a deafeningly loud message to other promoters and concert venues that singers who glorify violence against LGBT people, or any group of people, should never be welcomed,” said L.A. Gay & Lesbian Center Chief Executive Officer Lorri L. Jean, after the center spearheaded a successful effort to have Banton’s shows shut down in Los Angles. “It shouldn’t be necessary for us to pressure promoters to do the right thing; people like Banton should never have been booked in the first place.”

While seven shows have been cut, Banton’s tour still includes 20 other scheduled stops.