Billing Fiery Furnaces‘ May 13 show at the Cedar Cultural Center as a “duo show” didn’t really give me much of an idea of what to expect, considering they are just that, a duo. That said, I have seen siblings Eleanor and Matthew Friedberger play in various configurations—with a drummer, with a drummer and bassist, etc.—and everything from a show that was basically a 90-minute nonstop medley to their most recent Whole Music Club show, which was a pretty straightforward set of their biggest songs. But their intimate performance at the Cedar felt like we were watching Eleanor and Matt practice (albeit incredibly well) in their living room or backstage at a show.

With nothing but Eleanor on vocals and Matt on an upright piano, Fiery Furnaces deconstructed and stripped down nearly all of their songs, some to the point where they were barely recognizable until the lyrics began. This bold re-imagination of their catalog made for a very low-key, yet incredibly interesting and rewarding performance. To call this show “intimate” would be putting it midly. The seated crowd was probably 2/3 full, and sat very attentively and quiet throughout the entire 105-minute performance.

Their 27-song set covered a wide swath of their recorded catalog, with many of the highlights being a handful of songs from their biggest album to date, Blueberry Boat. They also performed a fantastic cover of Bob Dylan’s “I’m Not There” towards the end of the show. Whether or not they chose to cover that song in Minnesota due to his local connection, I’m not sure, but it was certainly the highlight of the night and one of my favorite versions of that song I’ve heard. As much as I loved most all aspects of the show, the biggest thing i took away from it was just how fantastic a piano player Matt Friedberger is: it was a treat to watch him play on the upright all night. I can only hope that this isn’t the last time they decide to do a tour like this, because I would definitely go again and drag all of my friends along. 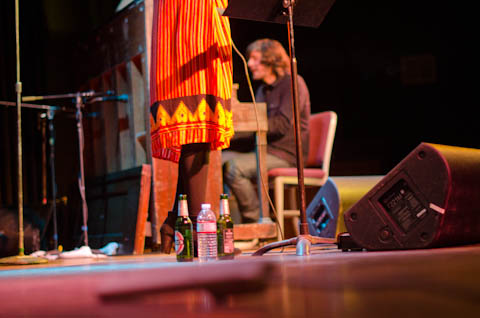 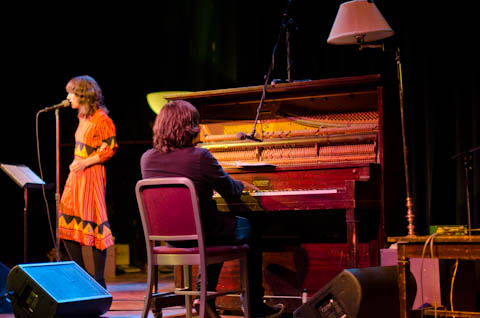 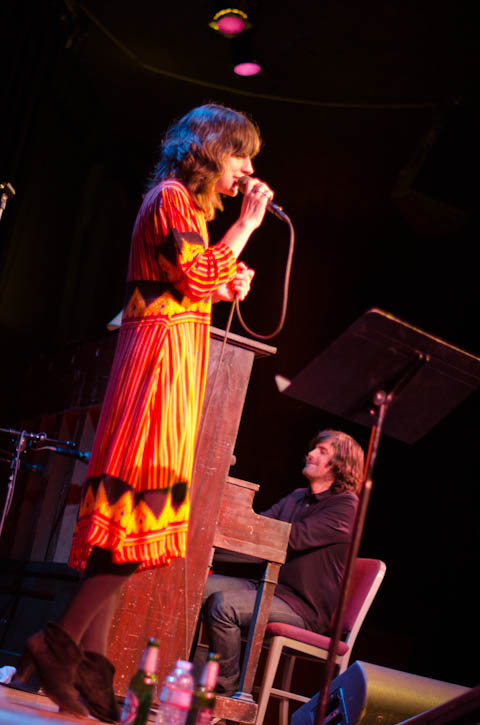