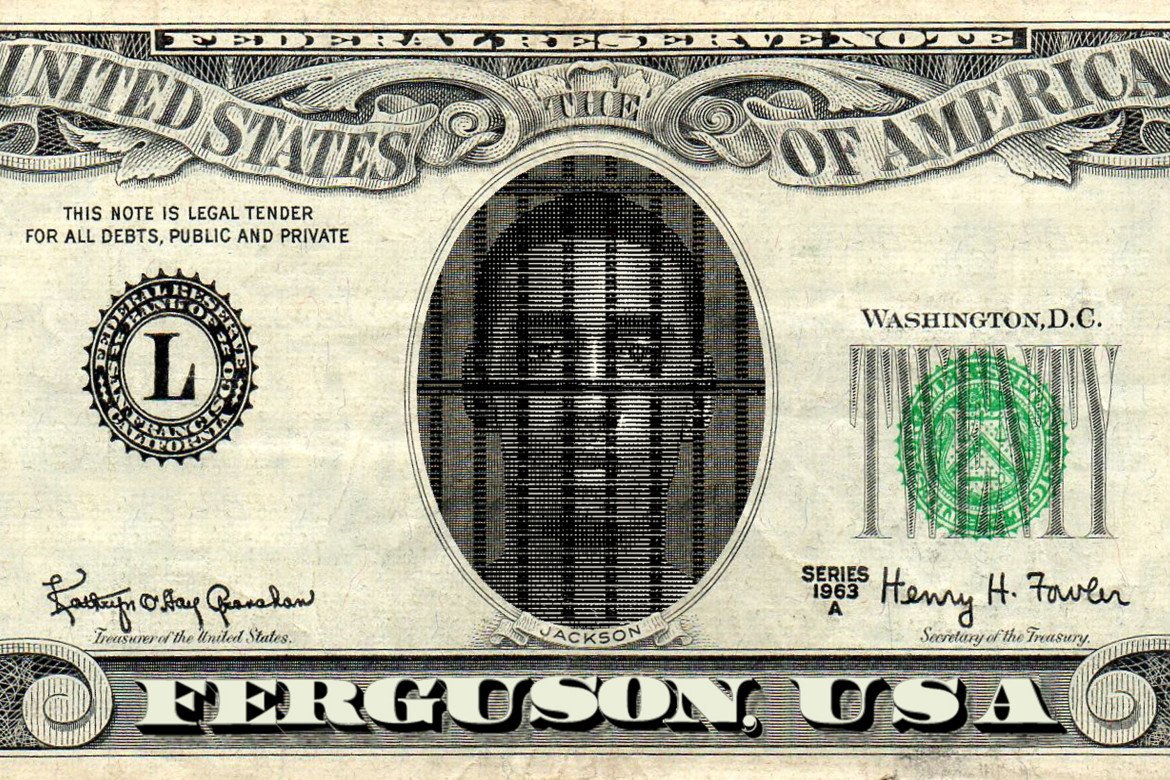 Maxwell Collyard, author of “Ferguson, USA” at the MN Fringe Festival, quotes James Baldwin, “Ask any Mexican, any Puerto Rican, any black man, any poor person — ask the wretched how they fare in the halls of justice, and then you will know, not whether or not the country is just, but whether or not it has any love for justice, or any concept of it. It is certain, in any case, that ignorance, allied with power, is the most ferocious enemy justice can have.”

Richard Pryor said the same thing more succinctly, “You come down to the jail looking for justice and that’s what you’ll find. Just us.” Whether you adhere to eloquent articulation or go in for a shoot from the hip quip, there’s no arguing against the significance of Collyard’s voice, a contemporary theater artist dramatizing the tragedy that resonated across the nation. It’s billed as what he calls, “a collage of voices and spoken word inspired by witness interviews, media coverage, and the Department of Justice report [on] Ferguson, Missouri. In this story, a tragedy in the neighborhood incites residents to expose and fight a broken justice system funded by poverty.” Hardly a new story in American society. How does the truism go? Those who don’t learn from history are condemned to repeat it.

Produced by Random Walk Theatre Co., it could well prove to be the talk of the Fringe, considering the controversy combined with the credentials of the creative team. It’s directed by Nathan Eckstein, who received a Claude Edison Purdy Fellowship at no less an establishment than Penumbra Theatre Company, where he has been involved in their prestigious Summer Institute the past several years. Maxwell Collyard’s skill set lists directing, acting and writing with an avowed passion for interdisciplinary collaborations. For “Ferguson, USA,” he states that he’s grateful for “Christina Ham’s course at the Playwrights’ Center [as well as] his fellow students.” As a director, he interned on Guthrie’s “Heidi Chronicles” and “Born Yesterday,” Gremlin Theatre’s “Rocket To The Moon” and Theater Latté Da’s Our Town.

It isn’t often you find a fired-up commitment to exploring a serious social issue teamed with such track records. If nothing else, the production certainly merits a look-see.