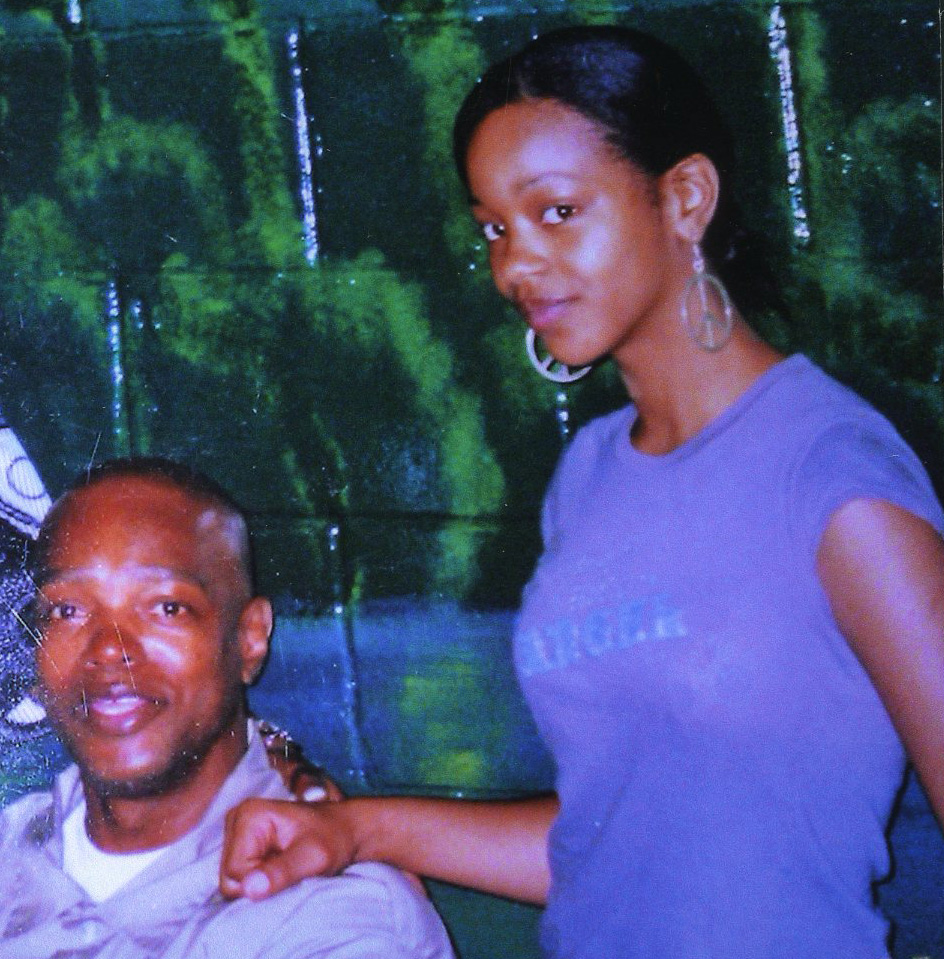 Anika Bowie of Hamline University has taken up the fight for prison phone justice on behalf of her father, Steven. (Submitted photo)

I made my first cash deposit for my dad at the Unbank on the corner of Lexington and University in St. Paul, the same corner he and I used to drive by for my favorite Oreo Blizzards at Dairy Queen.

I was 16, and it felt strange sending money to a dad I depended on the majority of my life. But everything changed in 2006 when he was sentenced to federal prison for possessing narcotics with intent to sell.

Now he depended on me.

I unfolded the crumpled dollars that I earned selling Kit-Kats and Hersheys to teachers and students at St. Paul Central High School. How much to send?

It would be a mockery to send only $10 since Dad says everything is expensive in prison, and phone calls home make up the majority of his expenses. I treated my $50 donation like a Sunday church offering: The higher the offer, the higher the hopes of a blessing.

Phone calls from my dad were surely a blessing.

At home, the phone would ring. Whoever saw “Unavailable” on the caller ID would yell, “Dad’s on the phone!”

My younger brothers and I would swarm around the phone and gather as an automated voice announced, “This call is coming from a federal prison from inmate Steven Bowie. To accept, dial 5. To block, dial 3.” Each time, I was very cautious not to dial 3 accidentally.

After we accepted the call, our time was limited to 15 minutes. My dad is housed at the Elkton Correctional Institution in Ohio, and we have to send money to his inmate commissary account to pay for calls and other expenses.

We try to send $100 a month, and each month my mom asks the entire family to contribute. We usually can’t afford it, but we know that Dad’s quality of life in prison is solely dependent on us, so we sacrifice. I remember my mom sacrificing her rings at the pawn shop for extra cash. I seethed at the eager grin on the salesman’s face while he examined the sparkling diamonds on her gold ring. I looked at all the shiny rings in the glass case and wondered how many other people had to pawn their jewelry for a family member in prison.

Once our money is deposited, Dad has to purchase phone time through a prison phone system. Fifteen minutes cost $3.30 plus a $1 calling fee, more than for regular long-distance service. If my dad calls and we miss it, he is still charged a calling fee. We are limited to 300 minutes per month and 15 minutes per phone call. Using all his time costs about $86 a month.

Many inmates have it much worse. Based on records filed with the Federal Communications Commission, a federal agency that is deciding whether to regulate the high cost of prison calls, the calling fee charge ranges from 50 cents to $3.95 per call. The per-minute charges range from five cents to 89 cents. Prisoners pay as much as $17 for a 15-minute call with their families, according to the FCC filings. Prison phone charges are set by contracts that state and local agencies negotiate with phone companies and costs can include commissions the companies pay to the agencies.

My dad understands that he is fortunate to have family that sends money.

“Most guys labor 40 hours a week just to receive $5 a month to make a call home for the holiday,” he said. “The telephone is a privilege, not a right.”

When he calls, I greet my dad, saying, “Hey, Daddy Cool!” That was a nickname my brothers and I made for him during our family talent shows. Each night before he went to prison, we would play board games or devise another family activity like a spelling bee, human rodeo, talent show or mock trial. My dad loved jazz, so he would always sing “What A Wonderful World” by Louis Armstrong. He had a smile as big as the jazz legend and a bald head shinier than Mr. Armstrong’s gold trumpet.

I remember the joy of talking and laughing with my dad at home. Phone calls from prison aren’t the same, but they have helped me feel connected to my dad over the past seven years.

One day, I asked my dad how important phone calls are for him. He said, “In prison, you do not have much positive communication. A phone call is vital to keeping a positive mental state of mind. Even a negative phone conversation is a positive one because it is some form of communication.”

The calls matter to other families, too. Nekima Levy-Pounds, a law professor at the University of St. Thomas who directs the Community Justice Project, said “dealing with an incarcerated loved one is an experience of a temporary death. You no longer can freely see, hear, or touch that loved one until he or she is released.”

Communication is key to keeping a healthy relationship while parents are in prison.

“It’s critical for parents and children to keep close contact throughout the period of incarceration,” said Michelle Alexander, a civil rights lawyer and author of “The New Jim Crow,” which examines the impact of mass incarceration of African American men. “Research shows that successful transitions back to the community turn largely on the quality of relationships that have been maintained. And children require regular contact for their emotional health.”

Normally, if I want to share information with someone, I can use my cell phone or send a message via Facebook, Twitter or e-mail without charge. But the nation’s prisons and jails house 2.5 million people who do not have free access to these everyday communication tools. More than 2.7 million children have one or both parents incarcerated and have very limited contact with their incarcerated parent. As I’ve learned, those phone calls are crucial.

This spring, I got involved in the Prison Phone Justice Campaign, an effort to persuade the FCC, which regulates the telecommunications industry, to limit how much phone companies can charge for interstate calls from prison.

You can eliminate the unjust practices of prison phone companies by visiting the Prison Phone Justice website or calling its hotline at (877) 410-4863 and pressing three to record your criminal justice story.

Phone justice is just one call away.

Anika Bowie, a junior at Hamline University, is a criminal justice and legal studies minor. Her father will be released from federal prison any month within the next year.