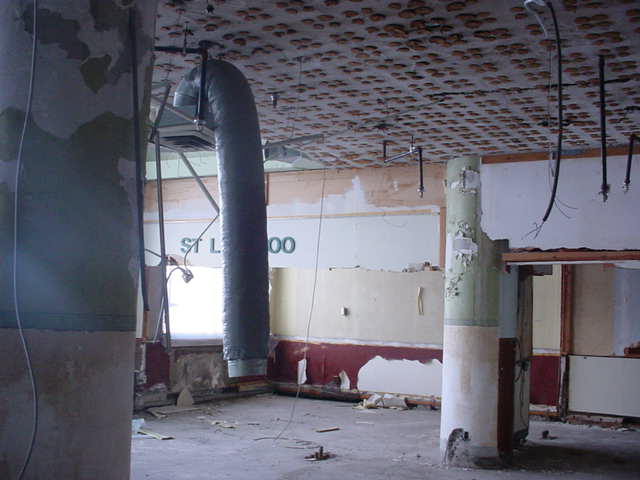 This is just an example image

For 25 years, from the late 1930s to the mid-1960s, summer winds blew loose arsenic pesticide dust from a conveyor belt carrying it from railroad cars to the Reade Manufacturing Company, which produced and stored grasshopper pesticides.

Now known as the CMC Heartland Lite Yard Site, the site at the northwest intersection of Hiawatha Avenue and 28th Street is also referred to by the city of Minneapolis as the “Arsenic Triangle.”

MNDOT turned to the U.S. Department of Agriculture (USDA) for further investigation. The USDA found homeowners’ yards located northwest of the site had high levels of arsenic trioxide. The USDA turned the work over the U.S. Environmental Protection Agency (EPA).

The EPA sampled 400 yards in 2004. Thirty yards were identified as having high arsenic levels in their soil (at least 95 parts per million), requiring soil removal and remediation. The EPA completed cleanup of 29 of those during the summer and fall of 2004. The next yard will be completed soon. The EPA Superfund program covers all costs of sampling, testing and cleanup, EPA Project Manager Tim Prendiville said.

The area of testing was previously concentrated north and northwest of the former pesticide plant because data gathered by the EPA indicated winds blew predominantly from the southeast during the dry summer months. Testing expanded to areas of Seward northeast of the pesticide factory and adjacent to the previously tested areas, due to several concerns expressed to the Minneapolis City Council by residents.

Ward 2 City Councilmember Paul Zerby said he was initially alerted to the possibility of arsenic contamination by an email from Seward resident Theresa Nelson, asking if he were advocating for soil testing there. Tom Frame, an environmental coordinator with Minneapolis Environmental Services, and Lori Olson, assistant to Rocco Forte, director of Regulatory Services also sent emails to Zerby informing him that several Seward residents sent them requests to have their areas tested. Zerby noted that the fact that parts of Seward are closer to the “Arsenic Triangle” than parts of Powderhorn that were tested, indicated Seward should become a priority.

Zerby sent the emails to research intern for the city of Minneapolis, Andy Lee, who he said immediately called the EPA to request broader testing. Prendiville told Lee, “Oh, we’re already going to do sampling in the Seward neighborhood.” Lee, who had heard the EPA was initially reluctant to admit the arsenic might have blown farther than previously was thought, said “I was surprised that the EPA turned around and said they’d do the testing. It sounded like they’d gotten a number of calls about this.” Lee added that a public radio program about “What’s in your soil,” caused people to start asking questions, as did the Toxic Hazards course offered by the University of Minnesota School of Public Health.

Lee noted that there is also concern about arsenic and other “unfriendly” toxins in the soil near the 26th Street railroad bridge, where a bike path is being constructed as soon as early September as part of the third phase of the Midtown Greenway project. Precautions against dust from construction can be taken, such as spraying the soil with water to hold down dust.

Carol Christianson, whose yard will be tested in September, said her family became aware of the potential arsenic problem when her daughter saw a feature on KSTP-TV more than a month ago. They called the number given on KSTP’s website, requesting the test. Christianson said her husband Steven becomes ill every time he works in the garden, which he’s done for several years. They will soon learn if arsenic contamination in the soil might be the cause. She added that several houses in their neighborhood south of 25th Street and west of Minnehaha Avenue are being tested.

Nelson commented, “I’m really happy the testing is including Seward. My neighbors [east of Minnehaha] have been tested.”

During August, the EPA tested 600 additional yards for arsenic levels. Of the 600 yards being sampled, 540 were in an area where every yard was tested, Prendiville said. This area is between 31st Street and 25th Street and Hiawatha Avenue west to 16th Avenue.

In addition to the 540 yards in the “100 percent” area, 60 yards were sampled over a surrounding mile radius in the Seward neighborhood to determine whether the arsenic blew further than previously suspected, indicating the need for cleanup and further testing in broader areas, Prendiville said. Lab results of the 600 tests will be known by mid-September.

Front and back yards are tested by samples gathered from the first three inches of soil at five different spots. The samples of soil are mixed (composited) and sent to Tetratech, a local environmental lab, for detecting arsenic levels in the soil.

A result of 10–30 parts per million is considered a low arsenic level. Levels higher than 30 parts per million may have long-term health effects if directly inhaled, ingested in large quantities and absorbed through the skin by working a lot in the soil without gloves.

Long-term effects of low levels (30 or fewer parts per million) with a large amount of direct exposure over time could include cancer, as arsenic is a carcinogen. Long-term direct inhalation may cause irritation of the skin and mucous membranes. Exposure to high levels (95 parts per million) over time can cause gastrointestinal effects and liver and kidney damage.

If the soil contains at least 95 parts per million, the EPA removes at least one foot of soil from the entire contaminated yard to an approved specially regulated landfill. They then fill the yard with clean soil.

Prendiville said the EPA is researching whether or how to address lower levels of contamination. The scale of the area affected is yet to be determined, he added. Additional sampling will take place next spring.

A neighborhood information meeting will be held Aug. 30 to inform property owners in Phillips, Longfellow, Seward and Corcoran about the EPA’s arsenic testing and cleanup program.

The meeting will be held at the Midtown YWCA (2121 E. Lake St.) at 7 p.m. Anyone with questions about this initiative can contact Tim Prendiville, the project manager with the EPA, at (312) 886-5122. Additional information can be found at the following websites: http://epa.gov/region5/sites/ cmcheartland/ and http://www.epa.gov/ttn/atw/hlthef/ arsenic.html