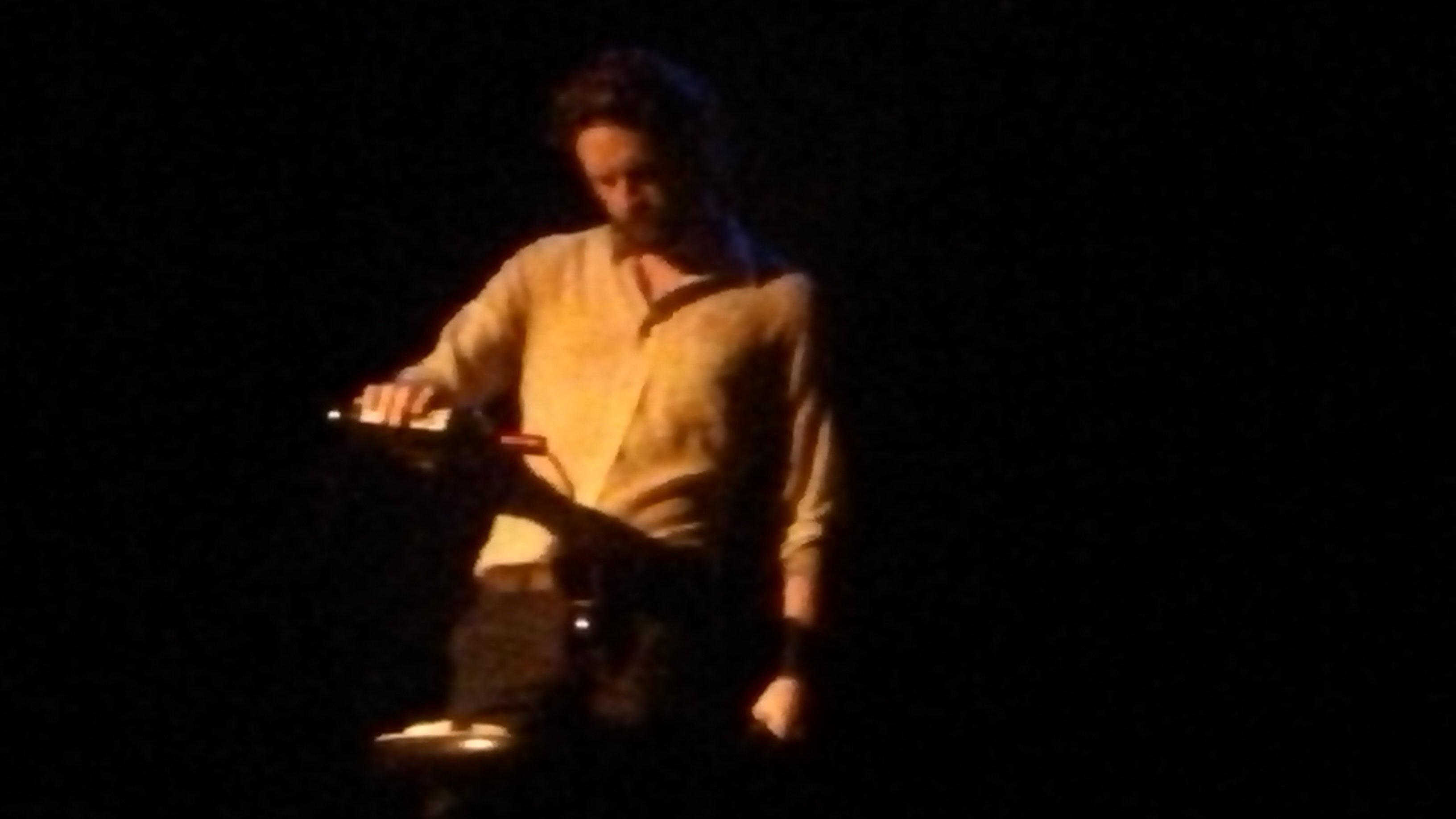 Friday night, Father John Misty played a solo show at Frsit Avenue. This was the third time I had seen him since early summer so I was wondering if this show would be different. It was.

The warm up band was a comic named Kate Berlant. I’m not the biggest fan of comics when I want to see music. Her performance didn’t change my mind. Her set was brief, which was good.

I believe the show sold out. We all watched at they prepared the stage behind the screen. There was a coat rack, a mic, a giant rabbit’s head, and a table with a donut, a bottle of red wine and a wine glass. The stage was dark except some some loungy back lighting.

And then he started and all of the women (and some of the men) in the audience swooned. He started with “I’m Writing a Novel” and continued to play many of the hits of the latest album Fear Fun peppered with some older songs, a song by Dory Previn and a few new songs. He sounded great – but everything was slowed down a bit. The new songs remain in the Fear Fun vein, great rythym and interesting lyrics!

We all knew all of the songs. There wasn’t a lot of dancing but a general sway. Unfortunately it was one of the snarliest crowds I’d seen in a while. We were packed in there – well those of us who like to be close to the stage were packed in. Seeing FJM at the Bascilica Block Party was like a big party. Everyone was joyous and friendly that was not the vibe at this show. But there was a palpable reverence for the music.

FJM was in good form in terms of antics. He brought out a donut and introduced it as his consolation for not getting a star on the wall of First Avenue. He declared he found a way to get an audience to like new songs quickly – and someone brought out a smartphone frame and placed it in front of him – so it looked like we were watching him on a giant phone. At one point he over-poured an entire bottle of wine into the wine glass. But the best antic was most organic. Someone threw a demo CD to FJM on stage – and it plunked him right on the head. We all gasped and he lauhged noting that the odds had to be astranomical that someone could hit him so squarely on the head. I think we saw the most genuine smile at that moment.

So I’m giving the show an A; but the crowd a C+. And the plus is only based on the girl on the way out who told me in funny graphic terms how much she loved FJM and added—but then don’t we all!