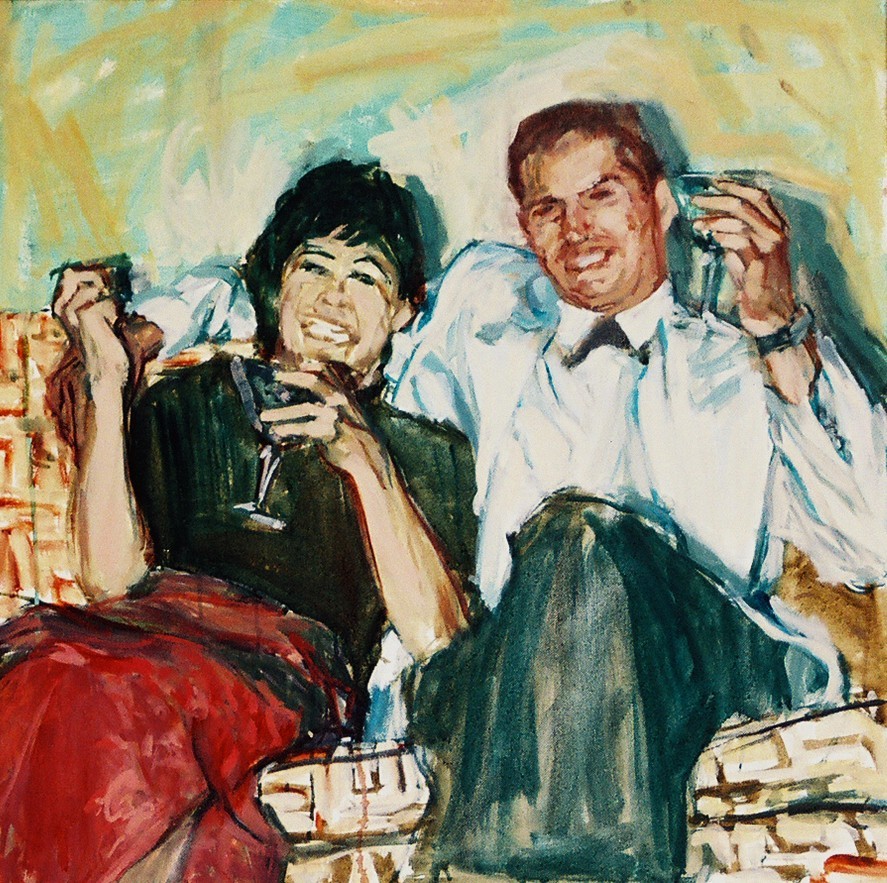 A pickpocket is loose but a Rorschach test gives nothing away.

When I first saw the paintings of Kurt Hippauf, I felt as if I knew the subjects but I was sure that at least the painter did. Hippauf, a newer resident of the Lowry Hill East Neighborhood, paints with potency. In classic terms he’s combining impressionism, realism and expressionism. In real life terms he paints from the gut, makes you feel his subjects really exist and leaves his fingerprints on everything.

He’s fast and loose but the immediacy and signature of his stroke, color and composition give each canvass an open ended interpretation.
Leafing through catalogues, magazines, old photos or the web, Hippauf finds the material for most of his paintings. He paints people, places and things but that’s not what most of his paintings are about. “It’s about the painting,” says Hippauf “In the end,” he continues, “the painting should work.”

After a lifetime of making art, Hippauf switched from acrylic to oil paints about five years ago. That’s when he found his stride. The oil has enabled him get closer to true expression. He’s now very close to completely shutting out the rational part of his brain that butts in when his hand paints directly what his eyes see. His strokes are signature expression-not easy for a database analyst.

Some of his strongest works are his collage style painting which combines graphic forms with colorful brush strokes. He’s painted American composer Aaron Copeland entitled “Copeland II” overlaid on what looks like a covered painting of the American flag where unfinished dripping paint defies gravity by racing sideways across the canvass. It highlights his dynamic skill with the brush. At one moment it’s an exposed graffiti wall that keeps getting painted over as artists try to outdo each other and then the in the next moment it becomes the one canvass that’s been aching at a painter over weeks of sleepless nights. He might change one thing and that leads to another, and then that part leads to a dead end. And then when all is hopeless, one single change pulls all of the misunderstood graphic pieces together so that they speak the same language. He’s created the “finished” painting. He says he can’t always explain it but he knows it when he sees it and he can “feel it.”

Kurt Hippauf showed at BubbleMe (now Sawatdee Express) this summer and is currently part of a show called “About Face” at Stevens Square Center for the Arts at 1905 Third Ave. S. through October 10. Some of his work is also viewable at www.ignudi.com
Bruce Cochran is Art Director in charge of production for the Uptown Neighborhood News and lives in CARAG.