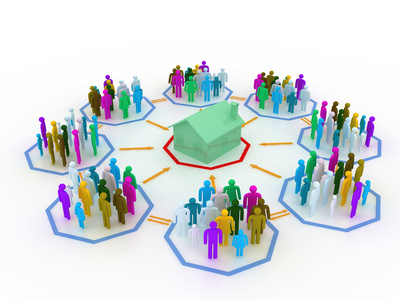 “Last time I was advised, it was over 8,000 and we had to stop counting,” said Cora McCorvey, Minneapolis Public Housing Authority (MPHA) executive director. “It” is the waiting list for family housing, which opened in late June, receiving 8,000 applications in four days.  The city’s family housing comprises 733 scattered site houses throughout the city and 184 townhome units at Glendale in Southeast Minneapolis.

“Every time we open, we get a tremendous response. There is a great need, and it is growing,” McCorvey said.

MPHA employees will take literally months to enter all the data into computers, so it will be near the end of the year before they know where the applicants are coming from, and how many qualify for the opportunity to pay just 30 percent of their income, no matter how small, to rent these MPHA-owned homes.

Mary Boler, managing director for the public housing programs, said ,”Last time we opened [the list] was four years ago, and we took in 5,000 applications for family housing. We have housed about 120 family turnovers a year.” That means a total of about 480 during the four years. The balance – about 4,500 – have either been denied or lost contact. “They could have relocated, or landed a good job, which is our hope and prayer,” said Boler.

Boler said that a year ago, MPHA policy changed so that if an applicant has no “local preference points,” they don’t get on the list at all, but are immediately denied. Preference points are:
• paying more than 50 percent of their income to rent,
• living in substandard housing (as defined by MPHA),
• being a person affected by the Violence Against Women Act (woman or man),
• being a veteran,
• being a full-time student, or
• being someone in a self-sufficiency program such as MFIP, Minnesota Family Investment Program.

The list will be opened again briefly in September. Even though the number of applications already received might be considered overwhelming, MPHA officials were concerned they may not have cast the net wide enough. Boler said “for years we have advertised in various periodicals, Hmong Times and the Hispanic newspapers. We have sent information to community partners,” organizations that may involve likely residents or those concerned about them. She said they had public service announcements on various radio stations and paid ads in smaller newspapers.


McCorvey said “our intent would be to advertise more holistically to reach all of the community,” and that the September application time was “still being strategized.”

The family housing waiting list is for just one of type of housing assistance offered by MPHA.

The Family Public Housing program is different from the Section 8 program, which gives vouchers to families who can rent from any approved landlord anywhere in the city.

“Section 8 was opened for two days two years ago, and got 15,000 pre-applications,” Boler said. That boiled down to 13,000 who actually qualified, and then “we can turn about 30 a month,” replacing those who go on to other programs, leave the area, gain more income or are terminated for other reasons.

Waiting lists are always open for yet another category, the elderly and people with disabilities. They can live in 41 MPHA-owned apartment buildings throughout the city. Eleven of those are designated for elderly only, and eight provide assisted living services.  With current economic conditions, these units are not becoming available as often as they used to, Boler said. The waiting lists are keeping the 4,958 elderly/disability units filled at 99.6 percent occupancy lately. “Some units are being modernized, so those are off-line,” Boler said.

Among the improvements recently made are several at Northeast Minneapolis high rises. At 828 Spring St. Boler said there’s been major pipe replacement, at 616 Washington and 710 Second, “major modernization.” At 1815 Central, workers are almost done with “a long project done with the residents in their units, nice new kitchens.”

For more info on the various public housing options, see the MPHA website.