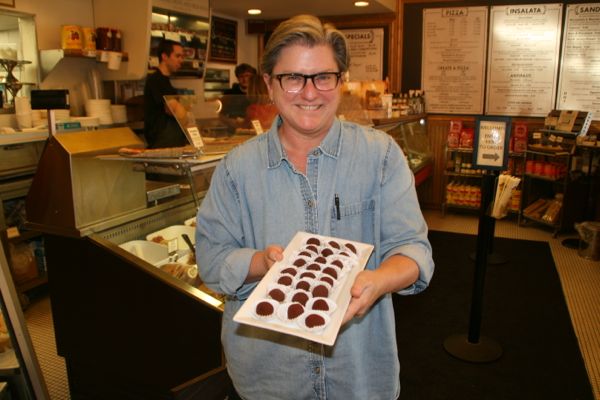 Broders’ Cucina Italina started 30 years ago with an idea — open a classic East Coast-style Italian deli to Minneapolis. The idea was a hit and Broders’ became an institution. More than an Italian grocery store, Broders’ has a sunny sit down deli area with take out options including thin crust pizza, deli salads, hot or cold sandwiches (the South Jersey hoagie is the most popular) and more. But it’s that authentic New Jersey/New York connection that makes it so popular with patrons.

The tiny grocery section includes a case of sweet pastries, imported not from Italy, but from two of the East Coast’s most authentic Italian bakeries. The almond horns and the fig cookies are flown in from Bella Napoli Bakery in Troy, NY. The seven-layer rainbow cookies, the pignoli cookies (pine nut covered with a center of almond paste) and others labeled simply “cookies” (tart fruit jam sandwiched between two rich butter cookies,) come from La Rosa Bakery in Shewsbury, NJ.

“People from the East Coast who know these cookies come in and almost lick the case,” said Ann Richards, the fulfillment manager and event planner at Broders. “One of the owners of La Rosa came here to visit and loved our store.” 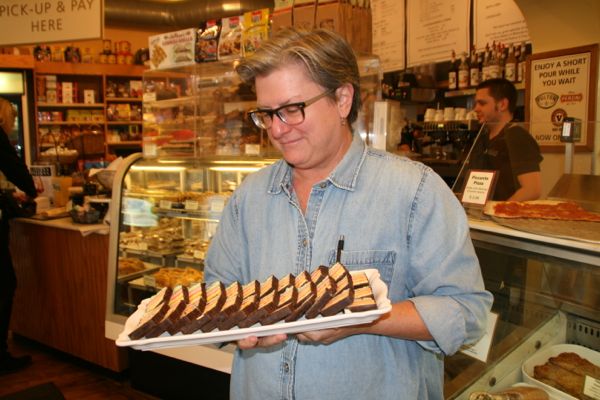 Catering chief Ann Richards with a tray of imported (from New Jersey) rainbow cookies, a slice of sponge cake in rainbow colors, with a thin chocolate shell.

Broders’ own in-house pastry chef Heather Blackaby, is no slouch either. Inspired by Thomas Broder, the shop’s owner and culinary creative director, she makes dozens of cookies, pies, cakes and tarts with flavors that change with the seasons. After Thanksgiving, say goodbye to pumpkin cheesecake but hello to the pomegranate edition. The apple crostata, a pie with beautifully tender crust and sweet apples, will be replaced by a pear version. 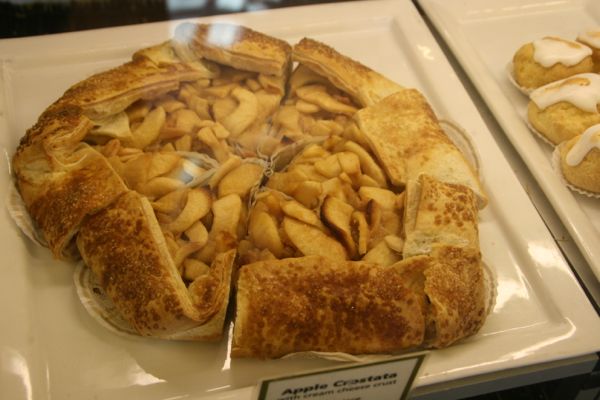 A slice of apple crostata, for a special occasion dessert or maybe breakfast?

The grocery section is tiny but packed with products and customers. Broders’ carries artisan pastas and red sauces, commissioned from Broders’ own recipes and made in the old country. These are not cheap, at $8.25 for a small jar. The refrigerator cases hold red sauces made across the street in the kitchen of Borders’ Pasta Bar, the family’s full-service restaurant. Everything, said Richards, is made from scratch, including the broths that go into the sauces. 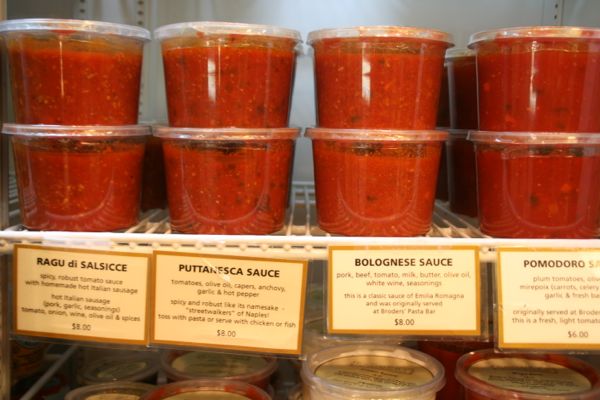 You can also get fresh pastas, made daily, and traditional foods like ravioli and tortellini, in the freezer case. They even carry two kinds of truffles – the chocolate kind, small intense little bites dipped in cocoa for $1.25 each and the kind those are meant to resemble, dug up by pigs in the forests of Europe, costing $65 an ounce. Nothing here is cheap or mediocre. You get what you pay for.

Richards says that Broders’ Cucina is part of the US Slow Food Presidio, a movement begun in Italy focused on guaranteeing a viable future for traditional artisan foods and promoting small-scale quality products. For the Broder family, that means that they plan to stay a small family-run business. “Customers want us to expand or move, but we’re a family-run corner deli. We’ve got three employees who’ve worked here for 25 years and some are into the second generation with us,” she said.

A quick history: During the great waves of Italian and Jewish immigration, New York’s Lower East Side was home to Italians, Jews and others who became friends, ate in each other’s restaurants and exchanged recipes. New immigrants adjusted their cooking and embraced new techniques to fit available ingredients. The result may not be pure authentic Italian, but it is authentic Italian-American with a century-long tradition. This classic Italian-American deli is as far from Chef Boyardee as Southwest Minneapolis is from China.

Broders’ Cucina Italina is located at 5000 Penn Ave. S. in Minneapolis. There’s a small parking lot around the back, in addition to on-street parking. 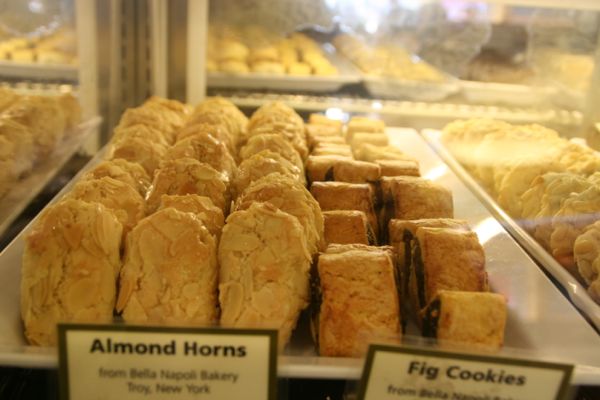 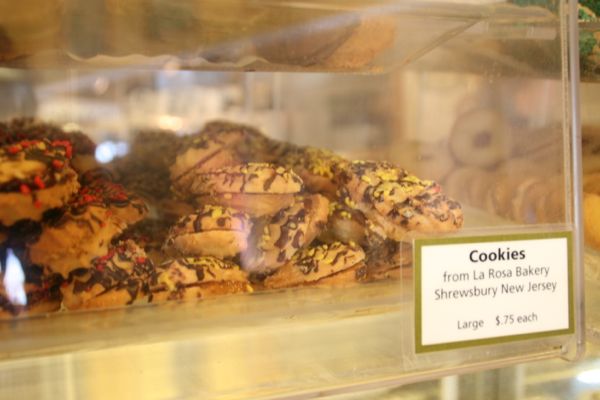 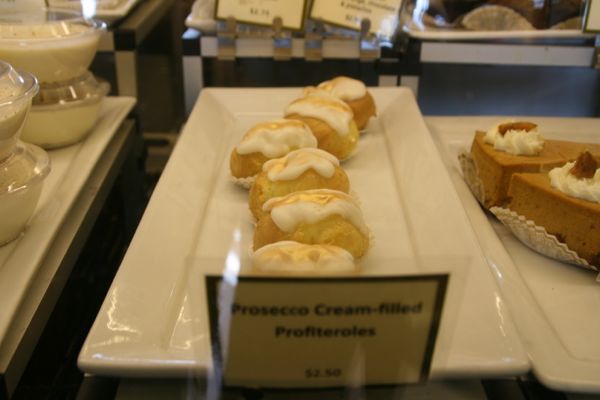