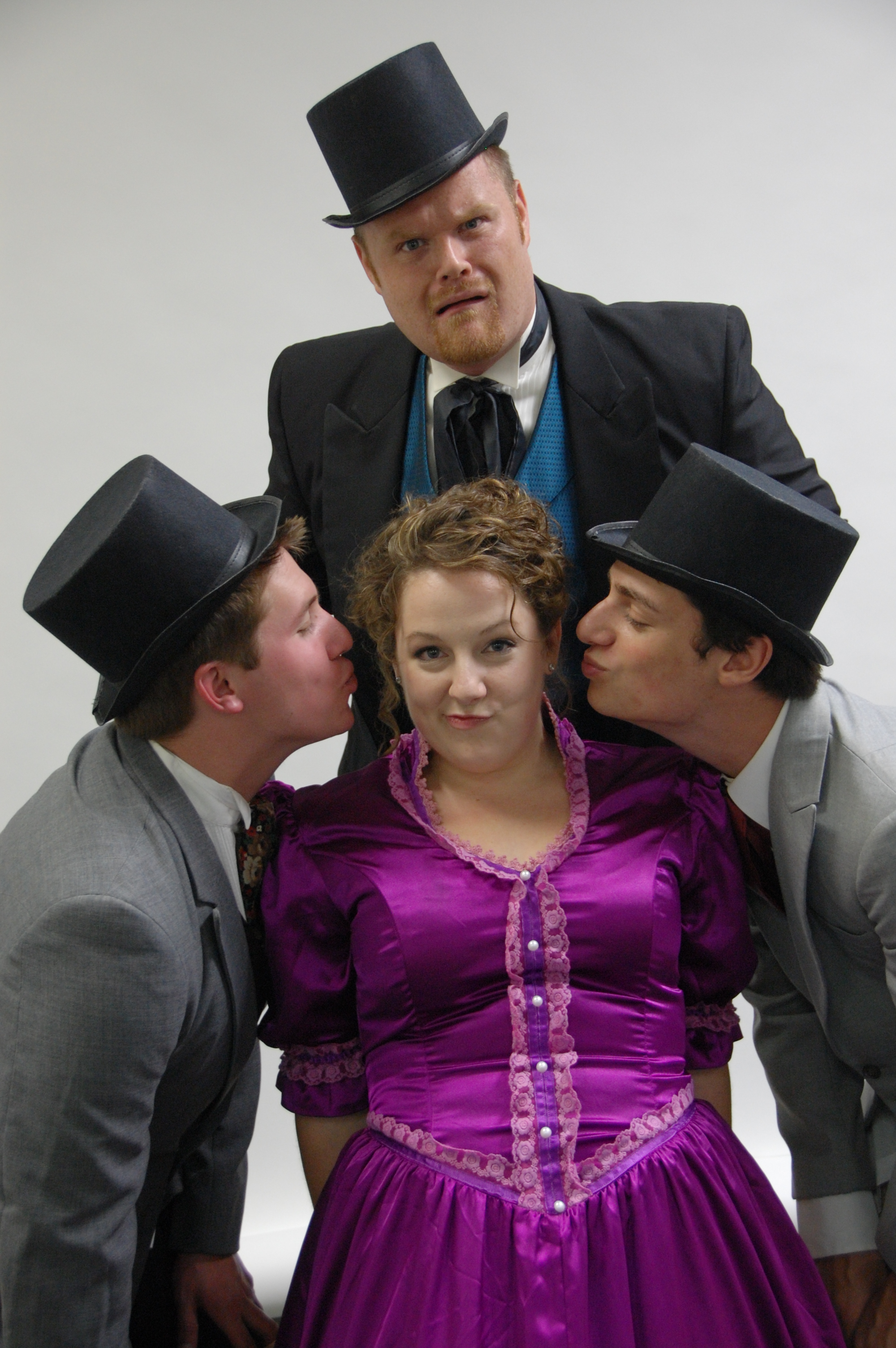 This is Top Hat’s eighth year in the Fringe. I was in three of Top Hat’s earlier Fringe productions.  It is a theater that specializes in providing family-friendly shows based on common fairy tales and folklore. Pam and Todd Russell, a wife-and-husband team, take well-known stories, i.e. “Cinderella,” “Snow White,” but then give them a modern spin.All of their shows are original, with the Russells writing both the script and the music. Their entry into the Fringe this year is a story based on vampires, inspired by the Twilight craze. This latest musical will be presented at the University of Minnesota Rarig Center on the Proscenium Stage.

Pam Russell (also the director) based her musical Dracula’s Castle on the 1898 Bram Stoker novel Dracula. Since my grandfather was originally from Transylvania, I have always had a keen interest in Dracula stories.  In this version, Russell told me that Top Hat is using many of the same characters and relationships; but they hold the core story in place and add a fun twist to it.

According to Russell, what sets their show apart from the other Fringe shows is that is nearly all music. Russell says that the singing voice of Josiah Gulden (Dracula), by itself, is worth the price of admission. The show’s music is a contemporary style with a bit of a rock edge to it. For the first time this year, Top Hat is adding a live band to the production.

Russell said that the show should be a good fit for teens and for everyone seven or older.  Because of the show’s darker themes, she cautioned that it might not be suitable for all children.

Russell said that they love being part of the Fringe community but kind of stumbled into doing their first Fringe show. Russell was talking with the then-director of the Fringe, Leah Cooper, about rehearsal space when Cooper suggested they do a show for the Fringe.  When Russell received the director’s packet she wondered if she was over her head, but her Cinderella show that year was the second highest show for attendance at the Fringe and she has never regretted getting involved. The Russells love the sense of  artistic community among the Fringe artists and are delighted to be part of it.