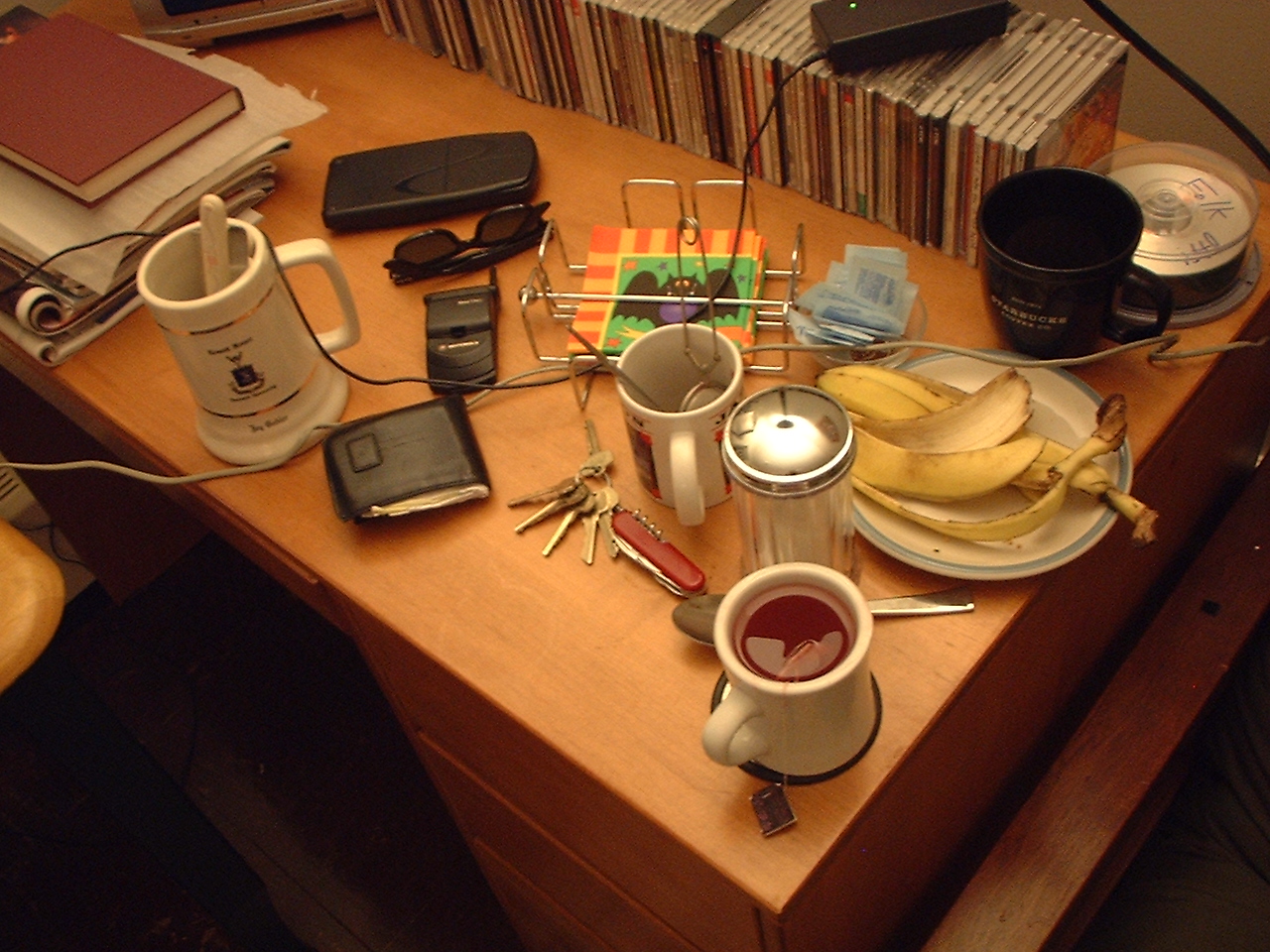 I knew when I was at Harvard that I was surrounded by people who, unassuming though they might have been when puking in the bushes (or, per the neighbors’ written complaint to the dean, urinating in “expensive shrubbery”), would one day be ruling the world. I didn’t guess that the most dramatic example of that would involve a social networking site I joined with some trepidation in fall 2004, then a site only for college students. On the other hand, maybe I did have some intimation that “the Facebook” was a game-changer—the night I joined, I sent an e-mail to my friend Whitney saying, “I’ve gone down the rabbit hole.”

I never met Mark Zuckerberg or any of the other students who were directly involved in the creation of Facebook, but I knew the three students who became Zuckerberg’s nemeses when he launched Facebook while in talks with them about their own new social-networking site, which would ultimately be called “ConnectU.” From fall 2002 to spring 2007, as a Ph.D. candidate in sociology I was a resident tutor (basically, an R.A. with some additional responsibilities) at Pforzheimer House, the undergraduate house where ConnectU founders Divya Narendra, Cameron Winklevoss, and Tyler Winklevoss lived. I was casually acquainted with Divya; I’m not sure if I ever officially met Cameron and Tyler, but, like everyone on campus, I was aware of what author Ben Mezrich accurately describes as their unique status: tall, good-looking identical twins who were Olympic-caliber rowers (they competed in Beijing in 2008) and members of one of Harvard’s most selective social clubs. Some PfoHo residents referred to the twins’ aura as “the Winklevii mystique.”

Until this month I’d put off reading Mezrich’s 2009 potboiler The Accidental Billionaires: The Founding of Facebook—subtitled A Tale of Sex, Money, Genius, and Betrayal. The reviews I’d seen were unanimous in saying that though Mezrich had an undeniably compelling story, his writing was sensationalistic and sloppy. Zuckerberg and Facebook did not cooperate with Mezrich; the author’s primary source was Eduardo Saverin, a Facebook co-founder and financier who had a falling-out with Zuckerberg as the site exploded from a dorm-room creation for Harvard students to a new-media behemoth with hundreds of millions of members. When my Minnesota friends started buzzing about the upcoming movie adaptation (directed by Fight Club‘s David Fincher, the film is titled The Social Network and is slated for release on October 1), I downloaded the audiobook and listened to it this weekend on a road trip.

The reviews were right. Mezrich takes his limited information and stretches it to the breaking point. In an author’s note he admits to fictionalizing certain scenes—such as a scene in which Zuckerberg breaks into a dorm’s common room to access an ethernet connection and finds himself witnessing a tryst between two fellow students. (Mezrich gives us the dirty details of that imagined scene: “The guy’s hands are moving up her flat, naked stomach and she arches her back, his lips touching the side of her throat.”) The author’s imagination runs so rampant that he veers into the demonstrably false, from the small details (PfoHo’s dining hall trays were not bright red, and the furniture in Hilles Library was not “Art Deco”) to the big ones (the cluster of dorms that includes PfoHo formerly housed Radcliffe women; those dorms were not built recently by a Harvard administration that didn’t know what to do with all that endowment money).

At the book’s conclusion Mezrich has his best source, Saverin, waiting to be handed his diploma by Harvard’s then-president Larry Summers, who The Accidental Billionares would have you believe distributed diplomas to all graduating seniors in one big ceremony; in fact, seniors receive diplomas in smaller ceremonies at their individual dorms. What else did Mezrich get wrong? I can only imagine.

Rather than calling Mezrich a storyteller, it might be most accurate to describe him as a myth-maker. He takes his real facts and spins them into a compelling tale of a socially awkward geek upending a social hierarchy formerly ruled by members of the Final Clubs—male-only private clubs that serve roughly the same social function for Harvard that fraternities serve for other colleges. (The name comes not from final exams but from the final step of the multi-step selection processes by which club members are chosen.) Mezrich makes plain that he sees this as being a story about sex; offensively and inaccurately, he even racializes that story. Women attracted by members of the old-school Final Clubs are described as blonde and ditzy—”the hottest girls culled from schools all over the 02138 ZIP code,” writes Mezrich, which is not significantly more or less impressive than saying “the hottest girls culled from schools all over the 55104 ZIP code.” And what girls are, apparently, attracted to Silicon Valley geniuses? Asian girls. Mezrich repeatedly refers to Narendra as the Winklevosses’ “Indian friend”—like Hunter S. Thompson calling Dr. Gonzo his “Samoan attorney,” but without the irony. 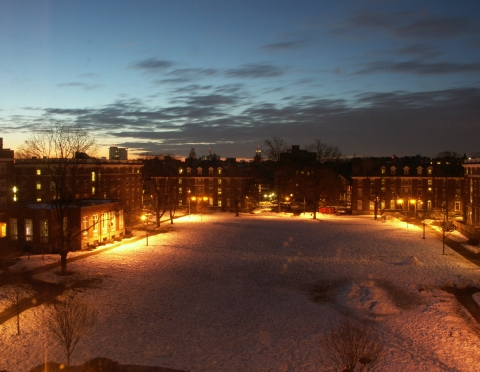 For all his questionable facts and distasteful generalizations, in broad strokes Mezrich is on to a good story—the kind that, if it isn’t actually true, feels true. Whether or not he’s legally liable (a lawsuit ended in a settlement), Mark Zuckerberg did pull the rug out from under his campus-king adversaries, and the kind of online social networking that Facebook epitomizes has indeed changed the social order, not just of Harvard but of the world.

Though the genius of Facebook (as Mezrich correctly notes) is that it’s meant to reflect a real-world social network rather than bring one about—the idea is that your Facebook friends are also your real-life friends—it’s impossible to dismiss the idea that the pervasiveness of social networking sites has made social life not just more efficient, but actually different, and that the change represents a big gain for the nerds over the jocks.

Say you meet someone at a party and friend him or her on Facebook. You needed at least a little in-person charisma to spark that initial connection, but now it’s your wit that will win points, not your bulging biceps or your million-dollar grin. Even if you’re not building your own social networking site, a nimble mind and some computer savvy will take you a lot farther, with a lot more people, now than they would have ten years ago. You can still be awkward (case in point: single people who use Facebook to moan about being single), but the rising prominence of online social networking is a dream come true for the nerds of the world—myself, of course, included. Even Weezer’s Rivers Cuomo, the most proudly nerdy of rock stars, gets more action these days. “All these really hot girls were hitting me up on Twitter,” Cuomo says in the latest issue of Rolling Stone. “Where’d all these hot girls come from now that I’m totally married?”

The Facebook I joined in 2004 had no photos aside from profile photos, no news feed, and a “wall” feature on each profile that worked like a markerboard on a dorm-room door: it was a single block of text where your friends could write whatever they wanted, and erase whatever they wanted. Facebook had already been opened to a number of college campuses, but I still had to explain it to everyone I knew back in Minnesota. Now, I look down the line of laptops at the Spyhouse counter and almost always see at least one browser—usually more—open to Facebook.

Mark Zuckerberg has indeed scored a coup on the order of that achieved by his fellow Harvard dropout Bill Gates, and it’s entirely credible that he stepped on a few toes—or even stabbed a few backs—to do so. (Mezrich, normally hyperattentive to any evidence of Zuckerberg’s ego, oddly neglects to mention that not only was Zuckerberg’s name on the bottom of every page of the orginal Facebook, his face was on the top—integrated into the signature blue banner that still represents Facebook’s brand.) But did Zuckerberg actually upend the entire social order? On behalf of the world’s nerds, I sure hope so.

Top: The aftermath of a study break I hosted for my PfoHo residents in fall 2002. (There was not a Facebook invite.) Middle: The Radcliffe Quadrangle, as seen from my PfoHo room in February 2005.