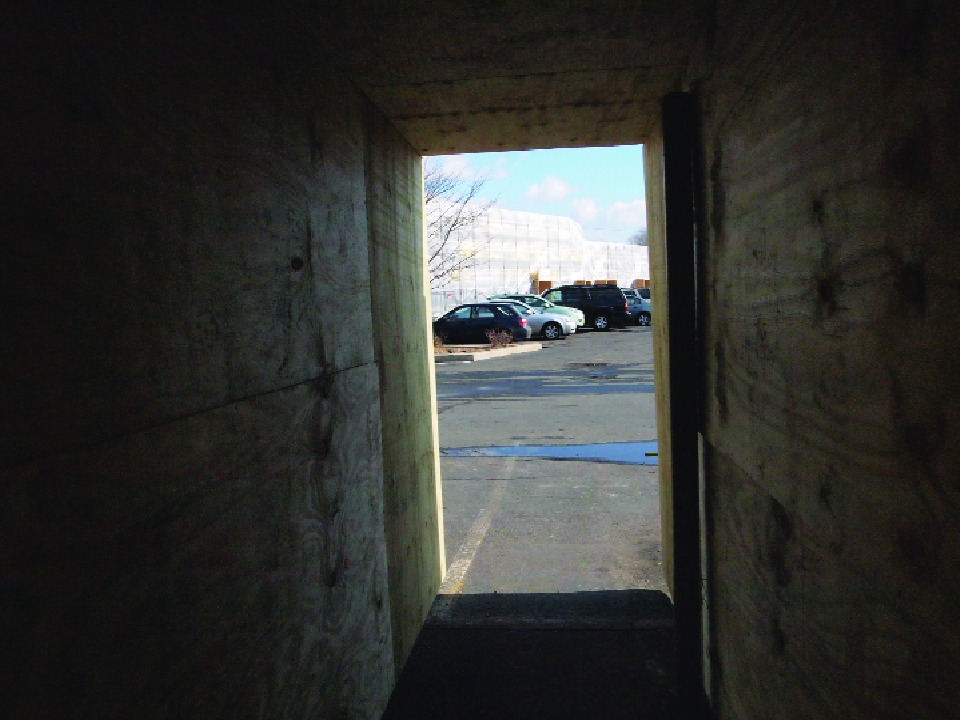 View from the plywood tunnel protecting Subway diners, looking out at the eastern end of the north portion. Work was just getting underway on demolition of the old facades on the west building late last week. (Photos by Margo Ashmore)

Anatomy of a shopping center facade makeover: Donlar Construction Company, general contractor for the new storefronts at St. Anthony Village Shopping Center, has been working since Jan. 10. According to the shopping center’s construction web site, “the building facade will be completed in three phases; starting at the east end of the north building working westward and then proceed on to the west building working in a southward direction” (the west demolition phase was just getting underway when these photos were taken). 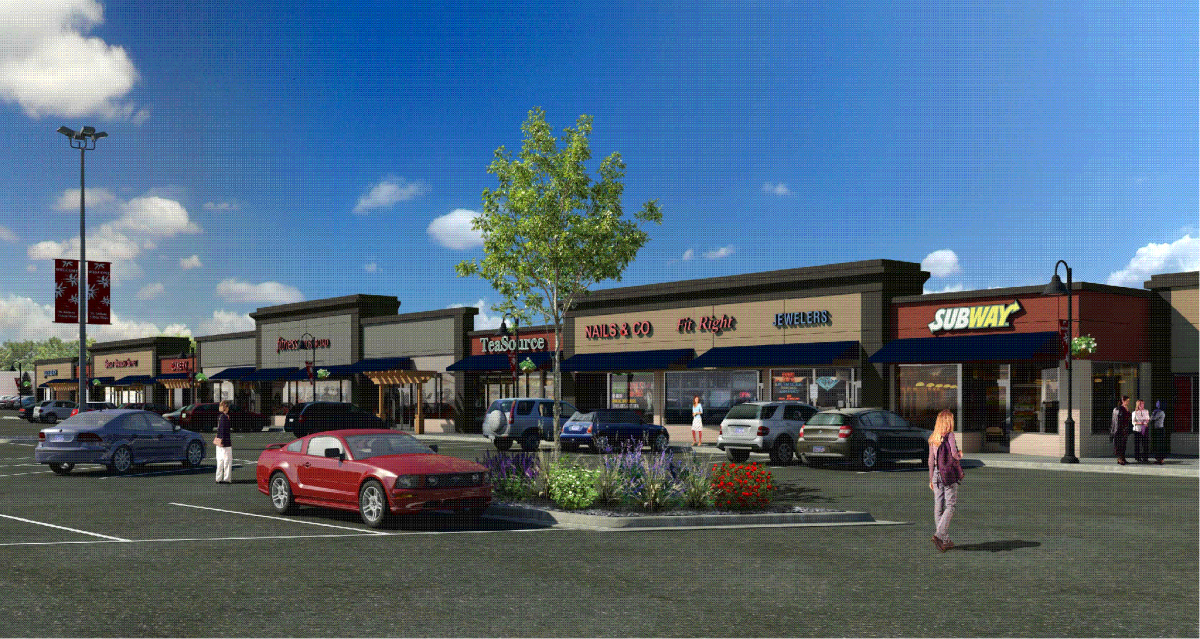 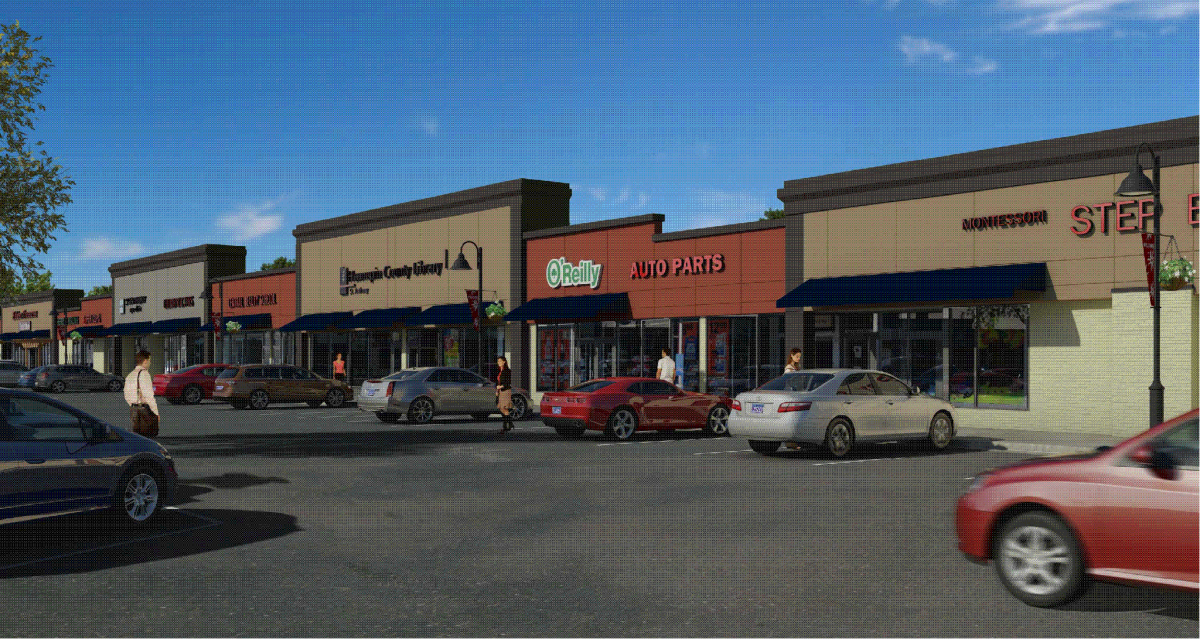 Sharon Emmons of Sharon K. Emmons Associates was hired as a leasing consultant. She performed a comprehensive survey of the relevant retail market, prepared a leasing plan for the renovated shopping center and contributed to the development of the project’s overall design. The project will be paid for by refinancing the property.

There are a few empty storefronts to be leased—the former bakery, the former tanning salon, and former Central Beauty School.

The facade project will be completed the first week of May, according to the web site stanthonyvillageshops.com/index.html. The parking lot mill and overlay will begin in late May and be completed in late June.

During construction there are plywood tunnels to each of the stores and the library drop box, while work is underway behind plastic sheeting against the cold weather. Propane is pumped in to provide heat.

A full parking lot at lunchtime and a line at Subway suggests that business is going pretty well during the renovations. 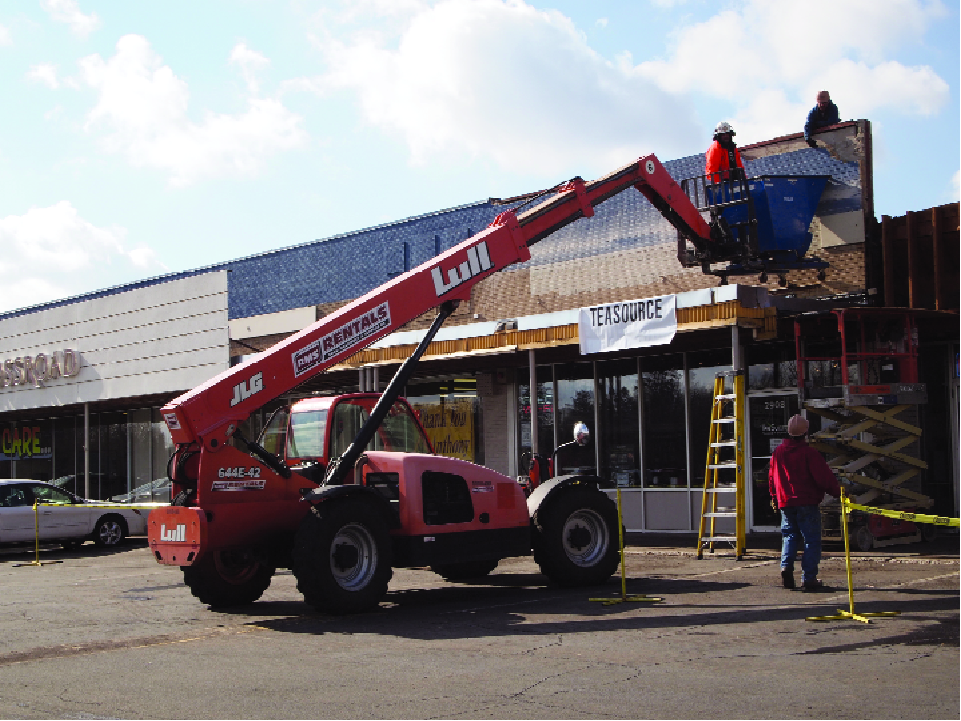