Transformation, Resistance, and Repair - A Reading 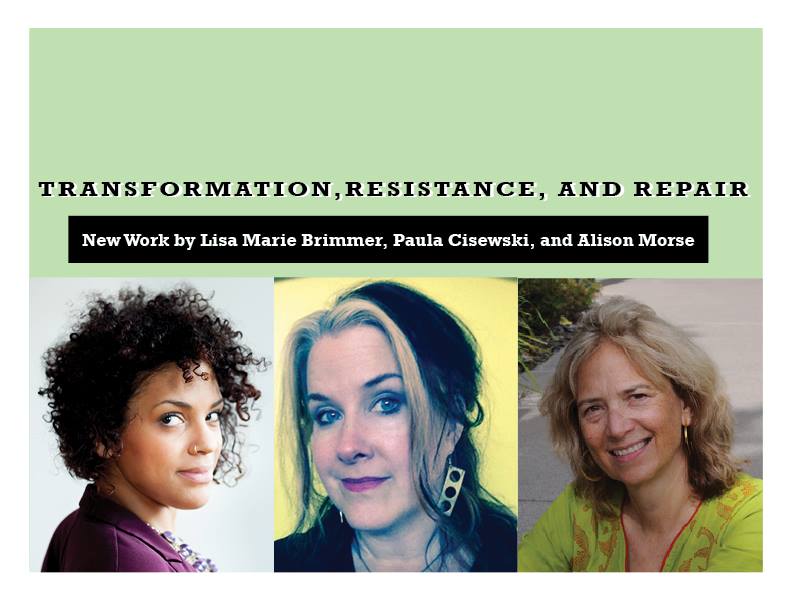 Lisa Marie Brimmer is a Queer, Black, Transracial Adoptee poet and arts based community organizer. She is a two-time Givens Foundation for African American Literature fellow, has received a Playwrights’ Center Many Voices Fellowship and is a current graduate fellow at the University of St. Thomas in English Literature. Her work has been published in Ishmael Reed’s Konch Magazine, Gazillion Voices Magazine, On the Commons Magazine and in Burn Something zine. Her improvisational music collective, High Society, has been featured on Minnesota Public Radio, KFAI and many stages throughout the Twin Cities and Wisconsin. She was recently named curator for Queer Voices reading series, the longest running LGBTQIA2+ reading series in the country.

Paula Cisewski’s fourth poetry collection, quitter, won Diode Editions’ 2016 Book Prize and her third, The Threatened Everything, was selected for publication in the 2014 Burnside Review Book Contest. Both are newly released as of early 2017. Cisewski is also the author of Ghost Fargo (selected by Franz Wright for the Nightboat Poetry Prize), Upon Arrival (Black Ocean), and a chapbook of lyric prose, Misplaced Sinister (Red Bird Chapbooks). Her work has received numerous awards, including fellowships from the Banfill-Locke Center for the Arts, the Jerome Foundation, and the Minnesota State Arts Board. She teaches, both academically and privately.

Alison Morse’s poems and prose have been published widely in literary journals, magazines and anthologies. She is also the author of If You Wave A Chicken Over Your Head, (Red Bird Chapbooks), a collection of very short stories. At present, Alison is collaborating with visual artist Rachel Breen on “The Price Of Our Clothes,” a multi-media project about the garment industry, which has received support from the Rimon Foundation and the Brin Jewish Arts Endowment. The Minneapolis JCC’s Tychman-Shapiro Gallery and Carleton College’s Perlman Museum will exhibit two different versions of the project in 2018, one in Febraury, and one in April. Alison is also a mentor for the Minnesota Prison Writing Workshop.