The Heartbeat of Wounded Knee with Author David Treuer 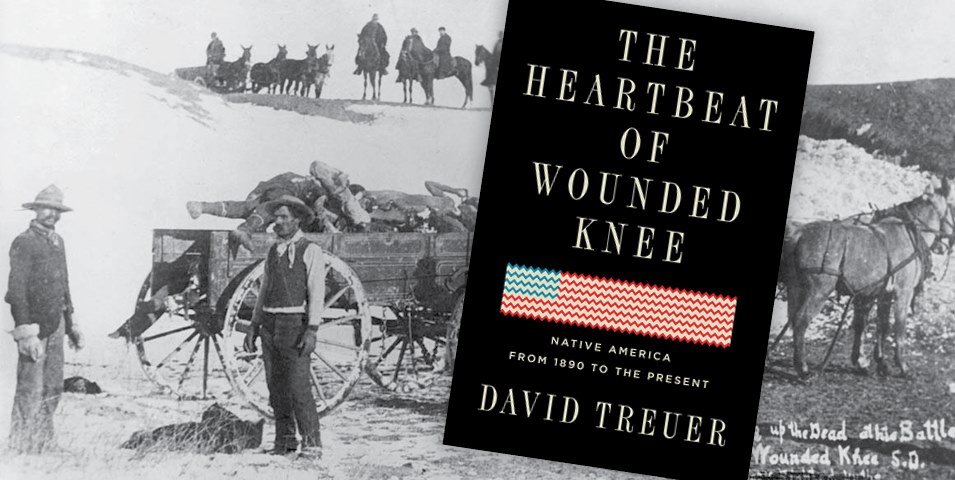 Native American history has often been perceived as essentially ending with the 1890 massacre at Wounded Knee. The sense was that Native civilization perished alongside the 150 Lakota people who

Native American history has often been perceived as essentially ending with the 1890 massacre at Wounded Knee. The sense was that Native civilization perished alongside the 150 Lakota people who died there at the hands of the US cavalry.

But Native Americans did not disappear, and because of their intense struggles to preserve their language, traditions, families, and very existence, their stories from the end of the 19th century to today are ones of unprecedented resourcefulness and reinvention.

Join author David Treuer as he examines how the depredations of the past century have spawned new modes of survival: devastating land seizures gave rise to sophisticated legal and political strategies; forced assimilation of their children at government-run boarding schools incubated a unifying Native identity; military conscription and the pull of urban life brought Native Americans into the mainstream and modern times, even as it steered the emerging shape of self-rule and spawned a new generation of resistance.

David Treuer is Ojibwe, from the Leech Lake Reservation, and author of The Heartbeat of Wounded Knee: Native America from 1890 to the Present. He has a Ph.D. in anthropology and teaches literature and creative writing at the University of Southern California.

This program is supported by the Legacy Amendment’s Arts and Cultural Heritage Fund through the vote of Minnesotans on Nov. 4, 2008.

Do NOT follow this link or you will be banned from the site!
X