23may6:00 pm8:00 pmSTOP Militarizing My Identity!No to US Militarization of Korea 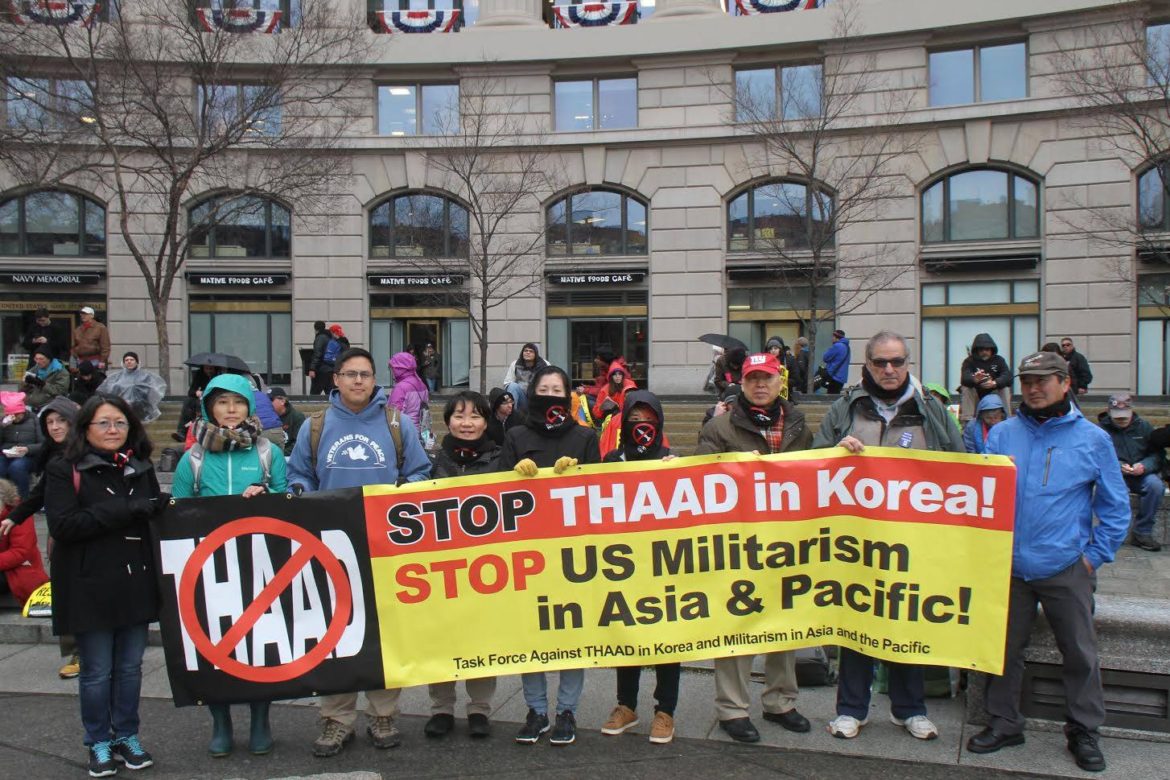 As anti-war, anti-imperial, anti-colonial Korean people, we are offering a space to help people learn some background information on u.s. militarization of Korea, contextualize and process the current situation on

As anti-war, anti-imperial, anti-colonial Korean people, we are offering a space to help people learn some background information on u.s. militarization of Korea, contextualize and process the current situation on the Korean peninsula and its impact locally and internationally, and build antiwar solidarity.

As Asians, as people of color and indigenous people, as underresourced and poor people, we all have been impacted directly and indirectly by the u.s. military and u.s. empire buidling, whether that be directly through war, u.s. sanctions, mass incarceration/criminalization, and immigration exclusion acts, or more indirectly through poverty, orientalist yellow peril and xenophobia, generational trauma and health issues. The u.s. government must stop using Korea as a pawn in its tactics of empire-building and imperialism. We call for an end to the Korean war and an end to u.s. military occupation on the Korean peninsula.

The event will start at 6pm with some light food, a short presentation, then a panel discussion with Q & A to follow. We will be in the meeting room at Golden Thyme Coffee & Cafe on Selby in St. Paul. The event is scheduled to end at 8pm.

Information about the panelists and moderator:

BIOS:
Panel Moderator: Jennifer Kwon Dobbs is associate professor of English and program director of Race and Ethnic Studies at St. Olaf College. A Korean adoptee, she is a KEEP (Korean Education and Exposure Program-ROK) alumnus and advisory board member, and a past fellow of the Korea Policy Institute.

Panelist: Sharon Chung recently moved to Minnesota from New York. She is part of the KEEP Planning Team (KPT) and was actively involved & in leadership with Nodutdol for Korean Community Development, and is now a supporting member of Nodutdol.

Panelist: Kurt Blomberg is a transracial, transnational, Korean adoptee, performance artist, and educator in Minneapolis and St. Paul public schools. He is a lover of movement and believer in the knowledge that the body carries.

Panelist: Eunha Wood is a writer, educator, and organizer, born in Korea and currently living in Minneapolis.

This event is free to the public. At will donations will be accepted to help cover the event costs.

Looking forward to sharing space, hope to see you there!