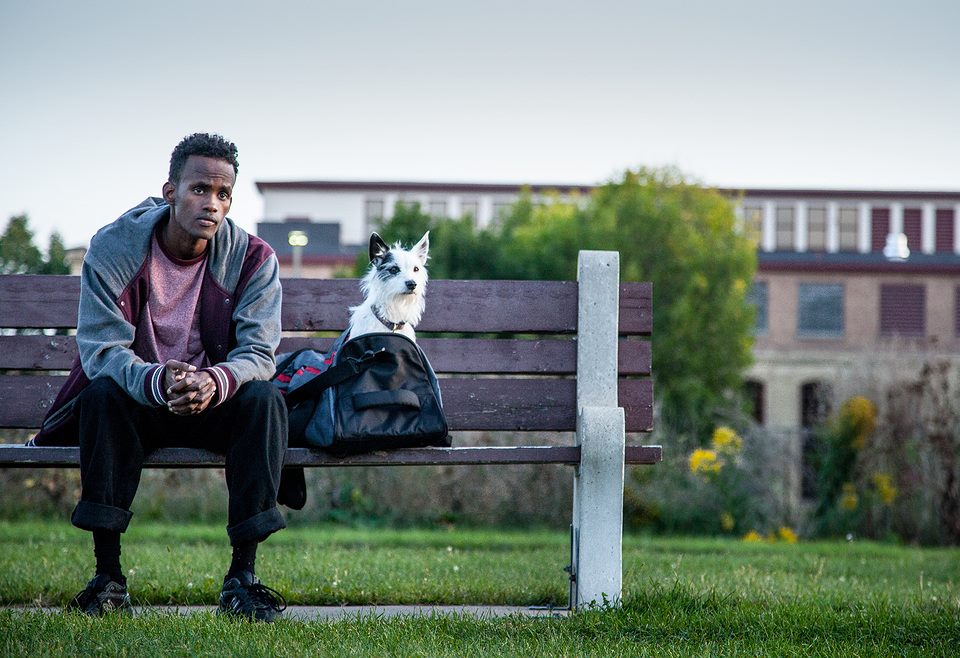 The opening night of Reshaping Our World: Cinema without Borders presents local stories and artistic vision from our Somali American community in Minneapolis. Starring a largely local cast, Musa Syeed’s A Stray follows the story of a young Somali American man down on his luck in Minneapolis. He roams the city streets looking for direction in life, which plays out through the forging of friendship with a stray dog. 2016, in English, 82 minutes.

Preceded by a screening of Rumee, a documentary shorts series created by emerging local voices in our Somali community that share refugee stories from a strength-based perspective. Works by Hamse Warfa, Halima Aden, Suud Olat, and Mohamed Warsame tell personal stories of cultural integration, resettlement, and activism in the youth community.

About Reshaping Our World: Cinema without Borders

As global borders close and millions are displaced, the Walker Cinema’s summer film series Reshaping Our World: Cinema without Borders considers the world’s restricted landscapes and people, those currently threatened by war, international intervention, and xenophobia. In solidarity with the majority Muslim countries recently targeted by US foreign policy and the immigrants and refugees from Minnesota communities, the Arab American arts organization Mizna joins the Walker Art Center to screen films from Africa and the Middle East. The program draws from the rich tradition of filmmaking in these regions—both classic and contemporary films that redefine and reshape the landscape of stereotyped representations through cinematic technique and storytelling.

Celebrating Arab, Afro-Arab, and Iranian cinema on Wednesday nights in July and August, the series will include classics such as Tewfik Saleh’s Syrian-Egyptian masterwork The Dupes (Al-makhdu’un)(1972) and contemporary films such as Musa Syeed’s A Stray (2016) as well as short films from Iraq, Libya, Yemen, Somalia, and Sudan.